Factionalism and Violence within the Zimbabwe African National Union-Patriotic Front 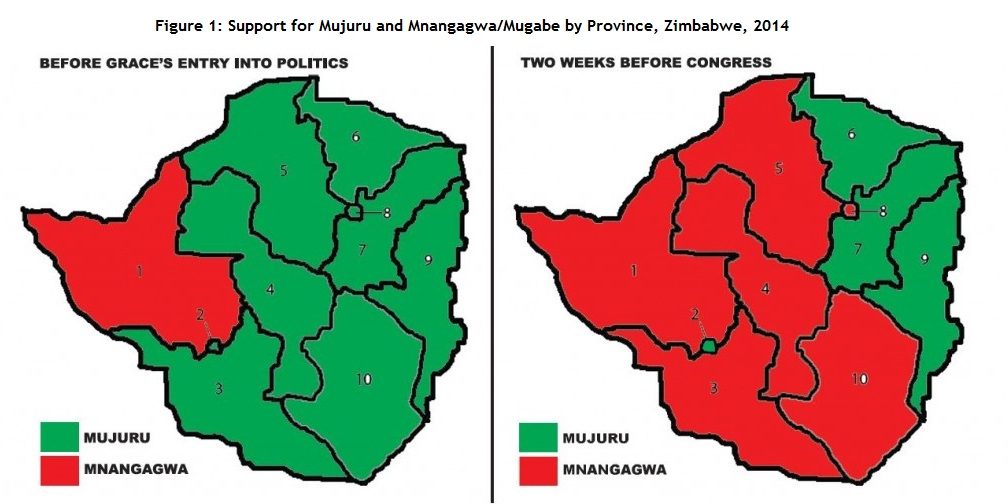 Tensions within the Zimbabwe African National Union-Patriotic Front (ZANU-PF) have increased ahead of the party Congress in December. There is an expectation that the Congress will address the question of succession, an issue that has divided the party into two camps: one backing the ascension of Vice-President Joice Mujuru and the other backing the President’s wife, Grace Mugabe (Africa Confidential, 13 November 2014).
Tensions within ZANU-PF, up until recently, had not resulted in clashes (ACLED, 24 September 2014). This is in contrast to the opposition Movement for Democratic Change (MDC), which has been beset by intra-party political violence due to factionalism (ACLED, 24 September 2014).

Image by Jeffrey Milanzi, sourced from The Standard
But the approach of the ZANU-PF Congress has increased the stakes and spurred Grace Mugabe and her supporters, led by Justice Minister Emmerson Mnangagwa, into a campaign of removing political opponents within the party (Africa Confidential, 13 November 2014). Regional chairpersons known to be supporters of Mujuru have been expelled and purged through votes of no confidence and accusations of fanning divisions within the party (Muzulu, 2014). Figure 1 shows how much regional support Mnangagwa and Grace Mugabe have gained since Grace became a politician in August (BBC, 15 August 2014).
This process of expelling regional chairpersons has resulted in factional violence on the ground. These clashes have generally taken place within provinces that remain loyal to Mujuru. In Mashonaland East and Manicaland, violence has erupted during rallies and speeches organised as part of Grace’s tour of the provinces. Youth accompanying Mugabe have often clashed with local youth who are supportive either of Mujuru or the provincial leadership. It is uncertain whether the violence taking place at these rallies is being orchestrated directly by Mnangagwa and Grace Mugabe, or whether the clashes are emerging organically from tensions between the supporters and detractors of the provincial leadership.
Masvingo has seen the greatest amount of violence so far. Regional chairman Killian Gwanetsa, a Mujuru supporter, was recently removed by a vote of no confidence but has continued to dispute his suspension, sparking demonstrations and violence by detractors and supporters (Chitagu, 2 November 2014). If other regional Mujuru loyalists follow suit and fight Mnangagwa and Grace Mugabe’s campaign, Mashonaland East, Manicaland and Mashonaland Central could see a dramatic spike in violence.