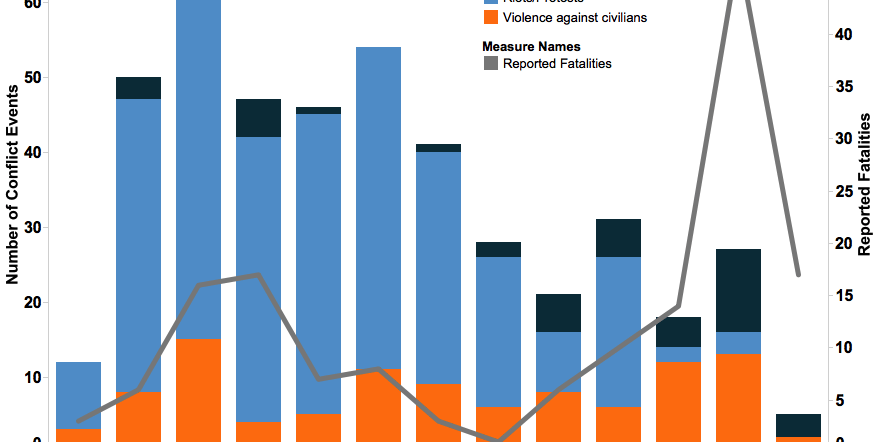 In recent weeks, ACLED has been releasing updated data about recent unrests in Burundi. Drawing mainly on information displayed on 2015Burundi, we have updated the ACLED dataset. Data covering conflict events through 18 July are now available here. New data covering events that occurred during the past week are included, as well as updates to data from prior weeks as more information becomes available.
Earlier this month, Burundi experienced another attempt to overthrow the current regime. On Saturday, 11 July, intense fighting led to more than 20 fatalities as well as dozens of arrests. This event contributed to a spike in reported fatalities during the week of 6 July. Violence against civilians also persists throughout Burundi.
While both the number of conflict events as well as reported fatalities fell last week from the higher levels reached earlier this month, more violence could be yet to come given this week’s presidential election. (Conflict events surrounding this week’s elections will be coded and available next week.)
For prior posts on Burundi local data coverage, see the first, second, third, and fourth updates on the topic. 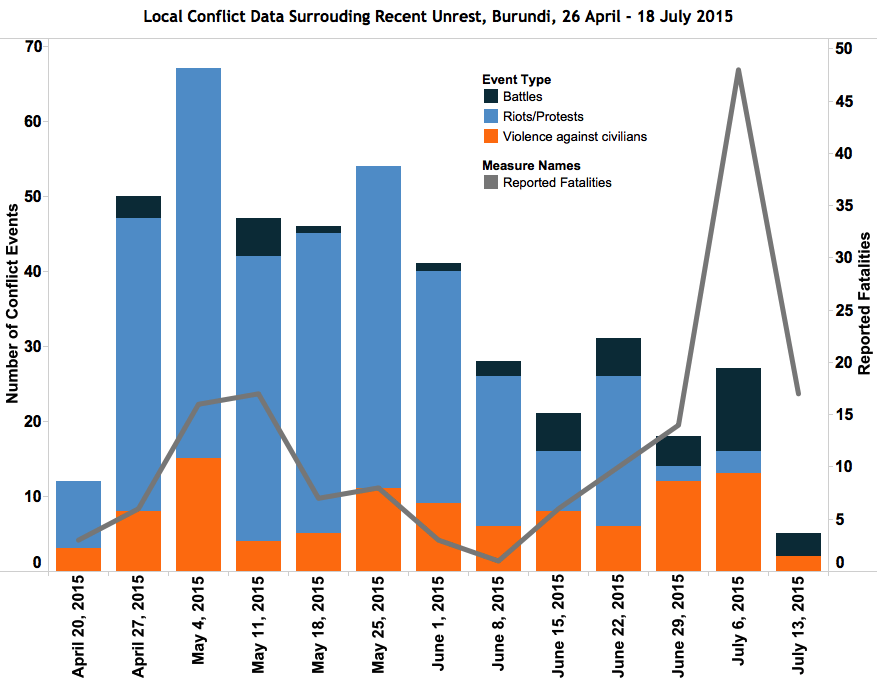