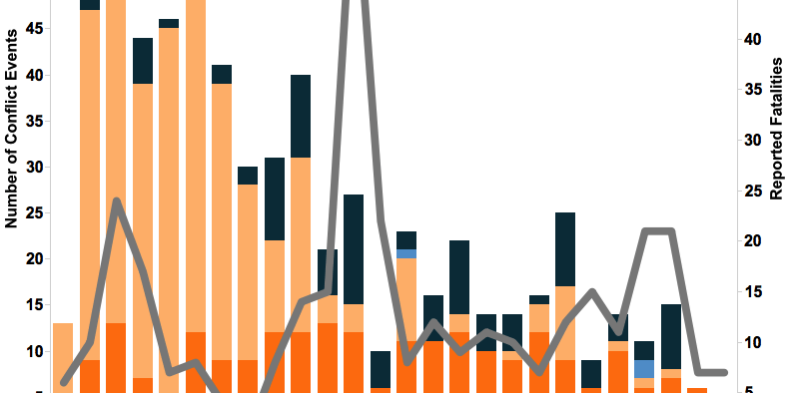 A new update of the recent unrest in Burundi, covering events from 26 April to 17 October 2015 has been released by ACLED. This update can be found here. These real-time data draw primarily on crowd-sourced information available from 2015Burundi as well as from ACLED’s weekly real-time conflict data release.
Burundi saw only two conflict events in the week of October 12th – both battles occurring near the capital city of Bujumbura. This represents a drop in the number of events compared to the week of October 5th, which saw six incidents of violence against civilians. Although the number of events decreased, the number of fatalities remained the same, with seven fatalities in each of the previous two weeks. On October 13th, insurgents abducted three policemen while searches were being conducted in Ngagara, an area known as a stronghold of opposition against third term President Pierre Nkurunziza. The abductions led to clashes between unknown armed groups and police forces. At least one policeman was reportedly killed, and there were reports that police killed at least five civilians, including a RTNB Radio Bujumbura journalist, three of the journalist’s family members, and a staff member of the International Organization for Migration. Residents of Ngagara claim that seven civilians were executed by members of the presidential guard during the clashes (Agence France Presse, 12 October 2015). On October 15th, gunshots and grenade explosions were heard as an unidentified group clashed with police in Musaga, near Bujumbura. At least one person was killed. This is the first conflict-related death reported in Musaga since early September, though there have been several incidents of police violence against civilians in Musaga over the past month.
For more on Burundi local data coverage and analysis, see ACLED’s prior posts on this topic. 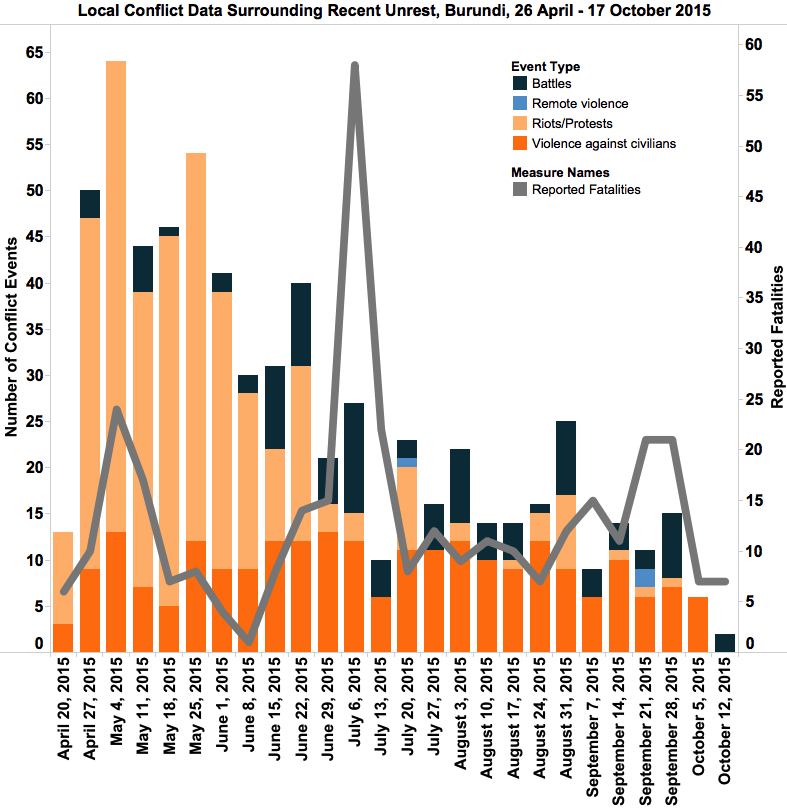