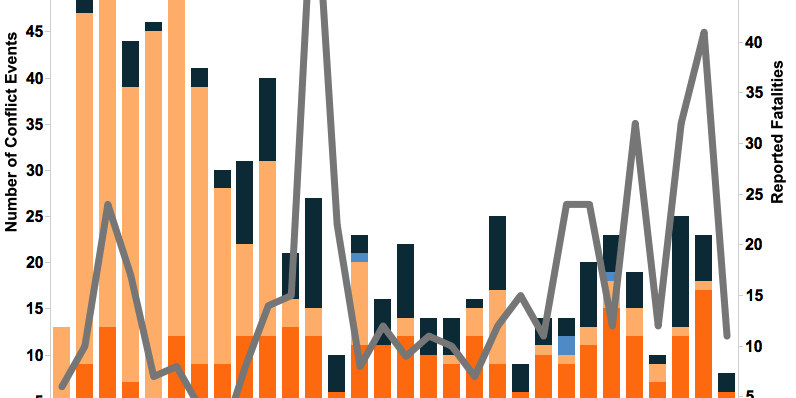 A new update of the recent unrest in Burundi, covering events from 26 April to 14 November 2015 has been released by ACLED. This update can be found here. These real-time data draw primarily on crowd-sourced information available from 2015Burundi as well as from ACLED’s weekly real-time conflict data release.

Burundi saw a decrease in the number of conflict events as well as reported fatalities during the week of November 9, a significant decrease from the four-month high of 40 reported fatalities during the previous week. However, as seen over the past few weeks, information about events surround the crisis in Burundi are slow to be reported, especially those occurring outside of the capital Bujumbura. Eight of the nine events reported last week occurred in Bujumbura, and were reported through major news sources, such as Agence France Presse (AFP, 9 November 2015) and Radio France Internationale. The Bujumbura commune of Musaga saw multiple violent events in the past week. Throughout Bujumbura and the communes of Nyakabiga, Kamenge, and Kigobe, bullet-ridden and wounded bodies continue to be found in rivers and along roadsides.

Of all violent conflict events reported in this dataset that have occurred in the last three weeks in the capital provinces of Bujumbura Mairie and Bujumbura Rural, 46% have been reported through crowdsourced information. New information has revealed conflict events that occurred last month: on October 25, an armed group threw a grenade in Gituro area of Kamenge, killing six; on October 31, clashes between police and an armed group in Nyabiraba left an unspecified number killed, including one civilian.

Crowdsourced data are even more vital for detecting violence in rural areas. In the past three weeks, crowdsourced data have provided information for 80% of all violent events included in our dataset that occurred outside of Bujumbura. Recent information shows that on October 26, the Imbonerakure – a youth wing of the ruling CNDD-FDD party – abducted two people in Bukinga in northwestern Burundi. In the centre of the country, Rweza experienced a battle between police and up to 200 armed individuals on October 27. Extrajudicial executions continue to be carried out in rural areas; in late October, four rebels captured in Gishubi were executed by police at Murangara Hill in Kayanza Province. 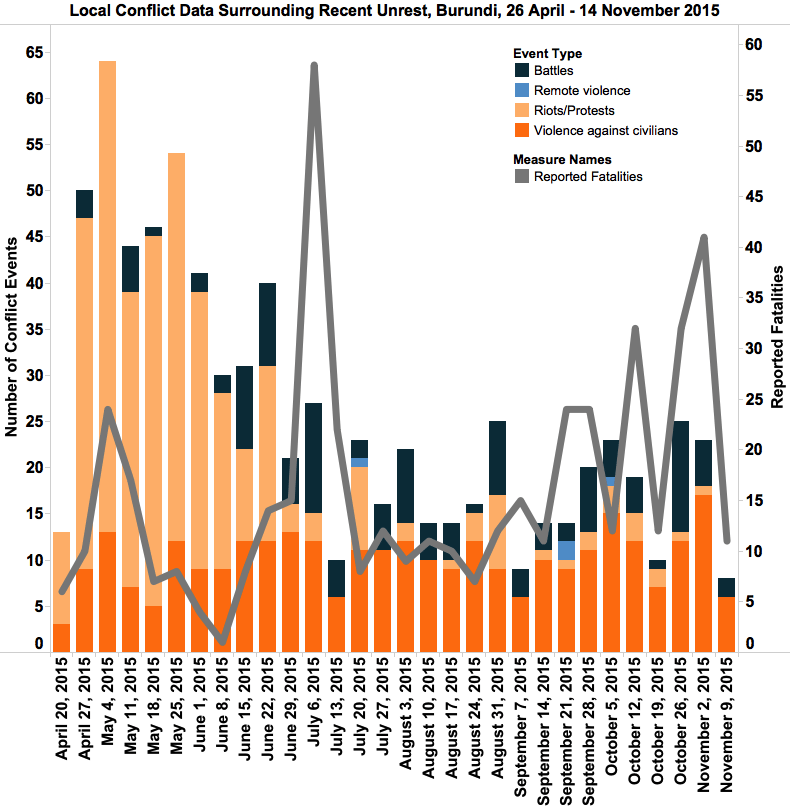