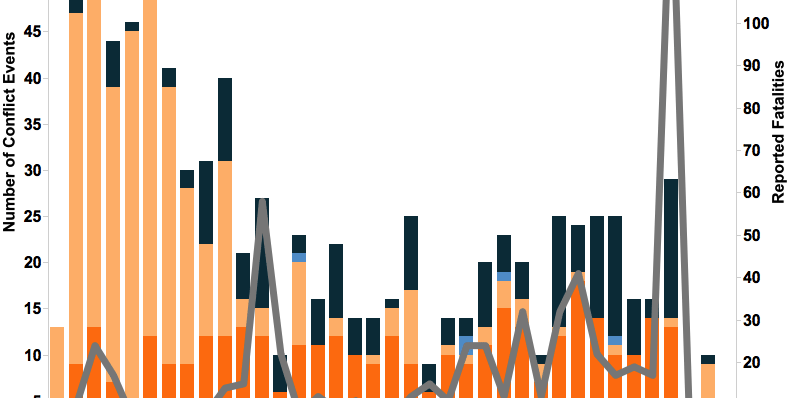 A new update of the recent unrest in Burundi, covering events from 26 April to 31 December 2015 has been released by ACLED. This update can be found here. These real-time data draw primarily on crowd-sourced information available from 2015Burundi as well as from ACLED’s weekly real-time conflict data release.

In the week of December 21, Burundi experienced six protests, the most since late August. The resurgence in protests is a reaction to the planned deployment of African Union peacekeeping troops to Burundi. On December 26, hundreds of pro-government protesters in Bujumbura, Cibitoke, Gitega, Muramvya, and Ngozi marched against the so-called “invasion force” (Daily Nation, 27 December 2015). Despite the increase in protests, there was a significant decrease in the overall number of conflict events and reported fatalities. In the week of December 28 (as of December 31), only one fatality was reported.

Burundi also saw several ethnically-charged events related to non-violent police activity. On December 15, police carried out search operations on Tutsi homes in Makamba. On December 22, police arrested nine members of the Movement for Solidarity and Development (MSD) in Karuzi, accusing them of distributing leaflets about Tutsi genocide. Although neither incident constitutes a violent event, they may represent a shift towards ethnic-based tensions that are inevitably tied to the country’s political system.

Burundi’s current situation is generally considered a political rather than ethnic conflict. However, former Burundi President Domitien Ndayizeye stated: “The biggest problem is not the third term per se but rather an effort by the ruling party [CNDD-FDD] to remove references to the Arusha Agreement” (African Center for Strategic Studies, 5 August 2015). Signed in 2000, the Arusha Peace and Reconciliation Agreement ended a 12-year civil war by providing constitutional checks on monopolies of power by any one party or ethnic group.

In 2014, CNDD-FDD (generally Hutu-supported) removed First Vice President Bernard Busokoza of the UPRONA party (generally Tutsi-supported). This action sparked the resignation of UPRONA cabinet ministers, which effectively disturbed the power sharing system in place since the end of the civil war in 2005. When CNDD-FDD announced that President Nkurunziza would seek a third term in 2015, it also deemed certain provisions in the Arusha Accords invalid (African Center for Strategic Studies, 5 August 2015). Many in Burundi – including armed insurgents – want this peace deal enforced and the balance of political power restored. 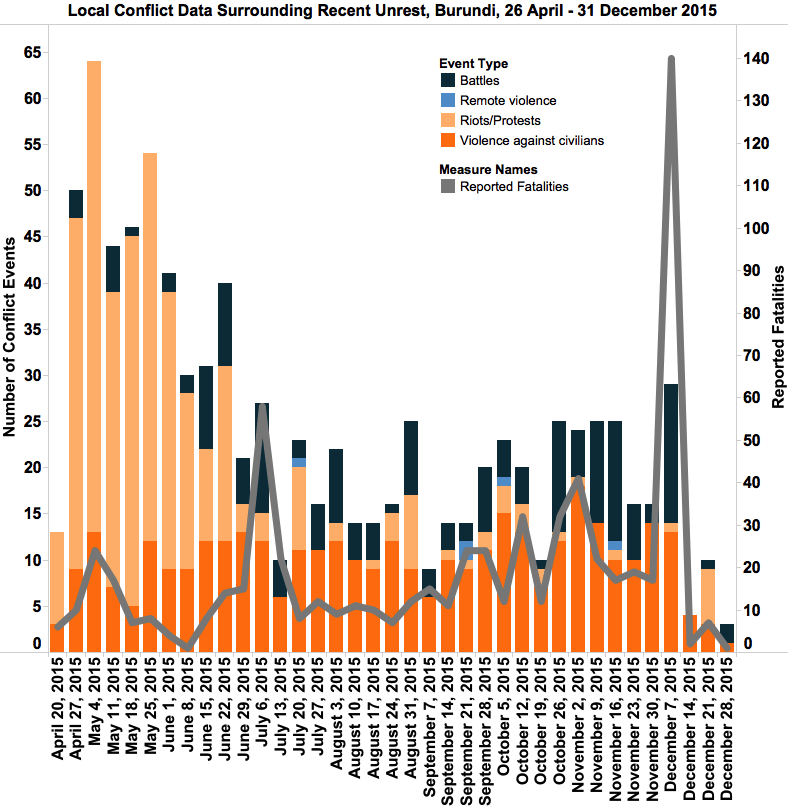