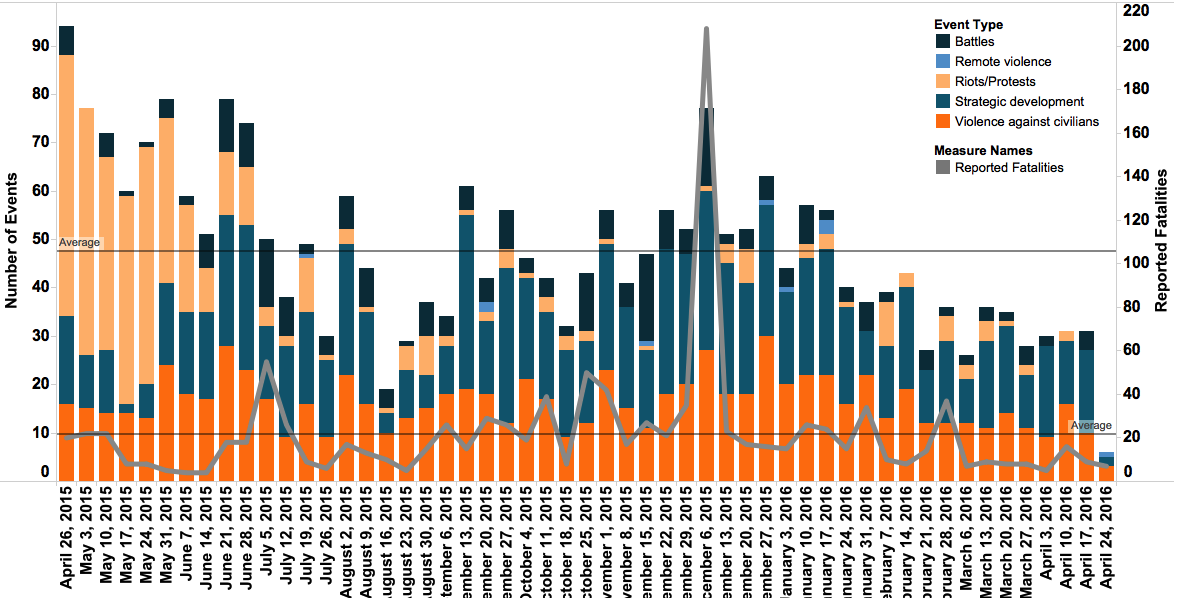 The Burundi Crisis Local-Level Dataset covers conflict and protest data from 26 April 2015 through 25 April 2016, and is available for download here.

A One-Year Special Report reviewing conflict patterns and dynamics, and the current state of the Burundi Crisis now that it officially enters its second year, is available here.

We altered our primary source of local-level data in 2016 – from 2015Burundi to a local Burundi monitoring source. As a result, we had refrained from depicting data or drawing conclusions from both sources temporally to avoid increases in the level of reporting between the two sources inadvertently depicting changes in the level of conflict and protest occurring on the ground. ACLED has now completed the time intensive process of back-coding 2015 events captured by the new data source; the full dataset is now available for download. 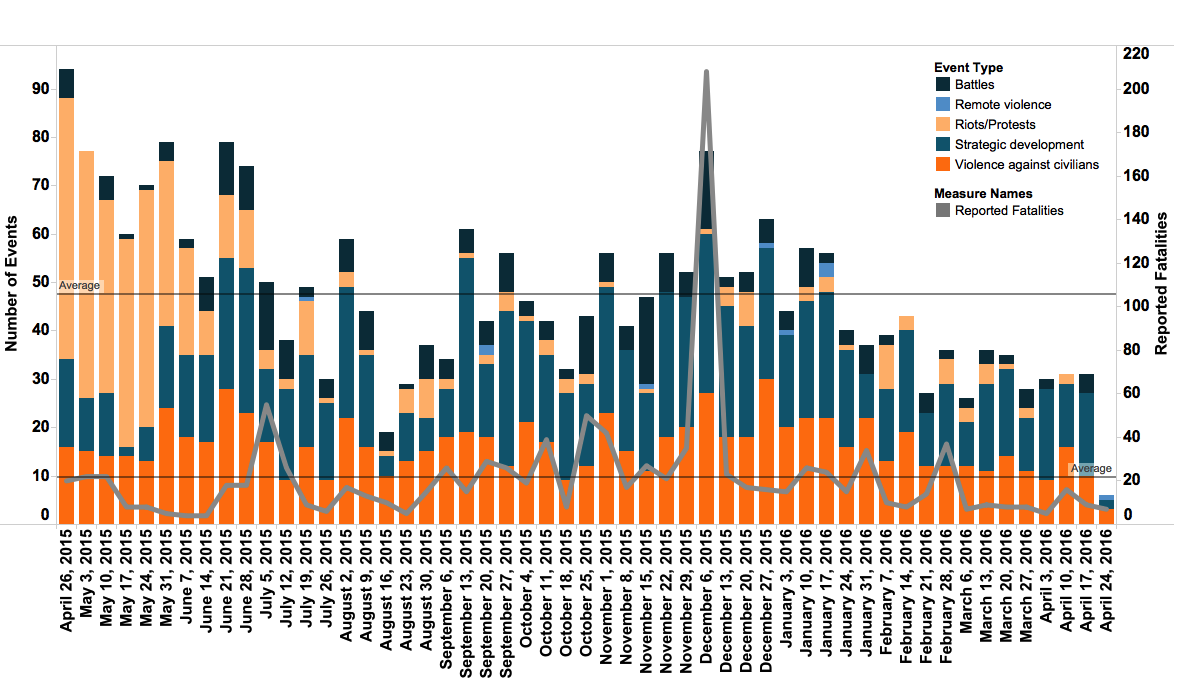 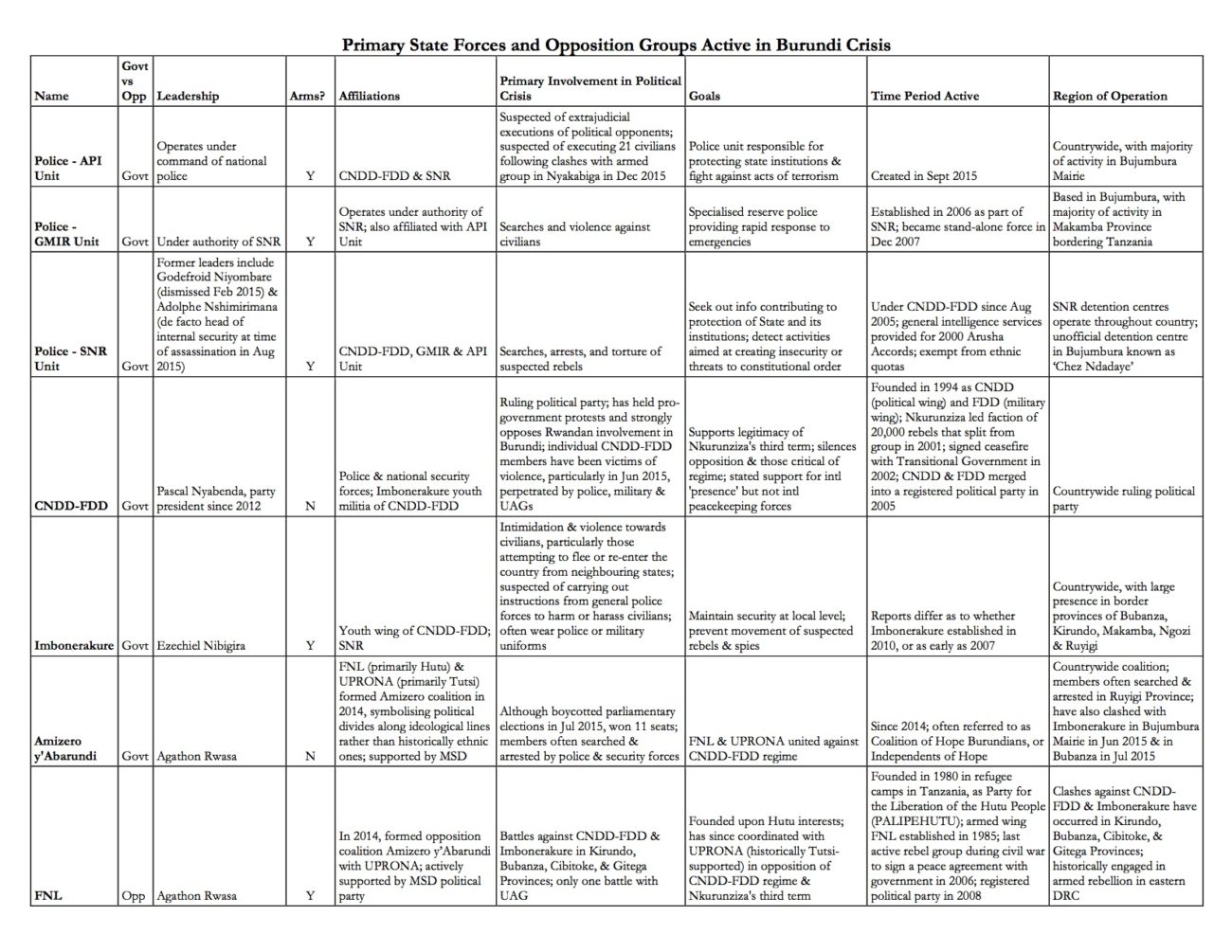 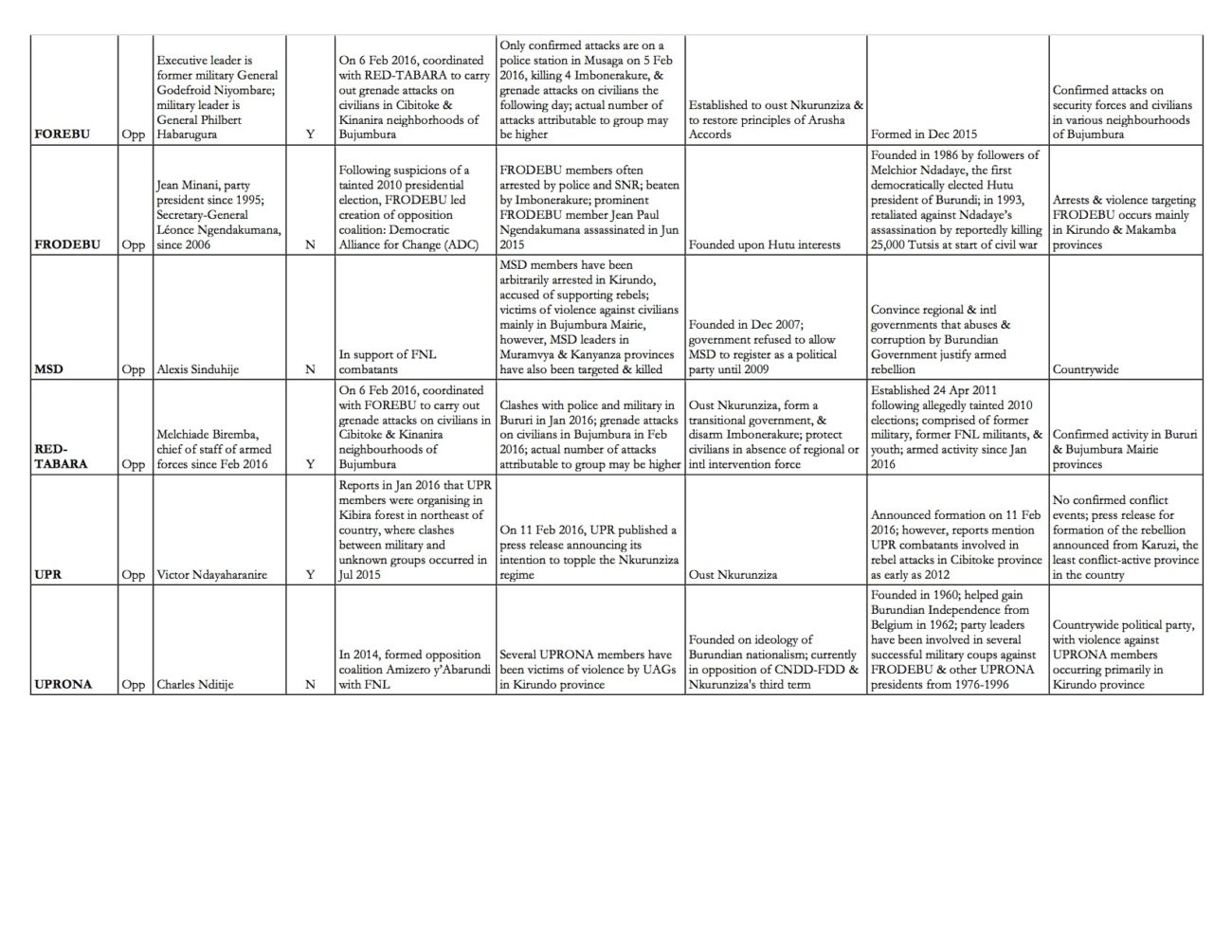