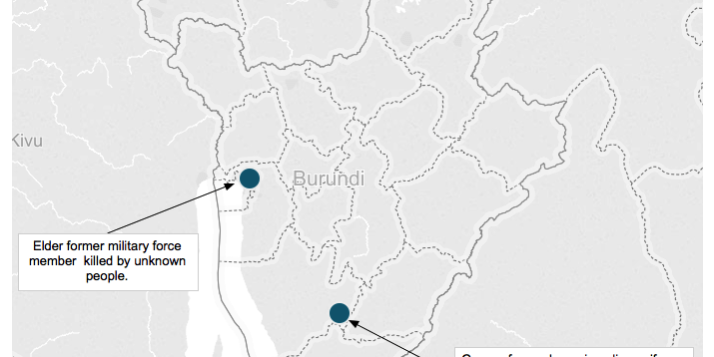 A new update of the recent unrest in Burundi, covering events from 26 April 2015 to 15 May 2016 has been released by ACLED. This update can be found here.

Trends for the weeks of May 8:

In the week of May 8, both the number of conflict events as well as reported fatalities remained relatively constant. The ongoing violence against civilians in Burundi saw multiple attacks toward former Burundian soldiers (see Figure 1) and members of opposition parties. On 9 May, in the Ruyigi neighborhood of Kinama, an elder former military force member was killed by unknown people. On 10 May, an armed group in police uniforms attacked a bar at Gishiha Hill in Burambi, killing 3 people, 2 of whom were former Burundian soldiers, and wounding one child (Shanghai Daily, 11 May 2016). Previous attacks were reported in this same area in early April of this year. 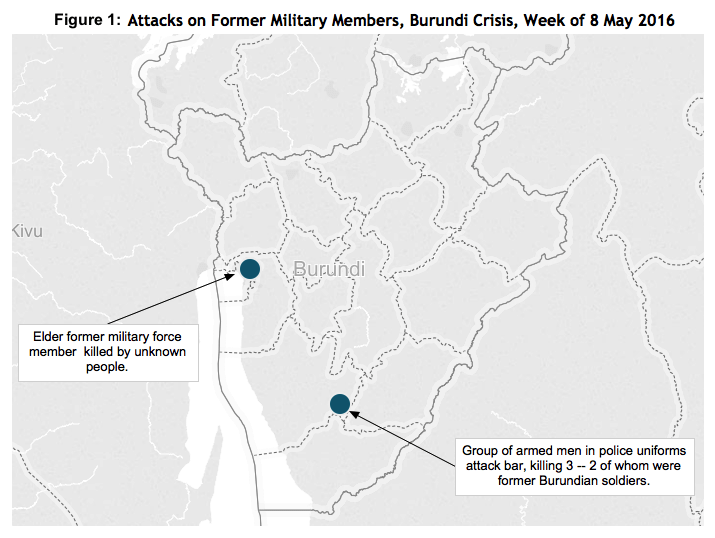 On 13 May, reports state that a FRODEBU activist was beaten to death by unknown people, in Kagege of Makamba Province. Even though local residents suspect the perpetrators to be a group of Imbonerakure who often beat and rob people in the night, the confirmed identity of the attackers is unknown.

13 May also marked the first anniversary of the failed coup led by former General Godefroid Niyombare. On 13 and 14 May, the CNDD-FDD ruling party, along with the youth wing Imbonerakure, marched in a series of demonstrations in Makamba, Kirundo, and Ruyigi Provinces to commemorate. Although most ceremonies were conducted peacefully, there are reports that commemorations in Kayanza Province saw one member of Imbonerakure beat two men in a bar. Figure 2 depicts the rate of violent riots and peaceful protests in Burundi. While peaceful protests are more common now, these continue to be largely pro-government protests (see ACLED, 2016). A local source reports that in the Muhawazi area in Ruyigi Province, CNDD-FDD also celebrated the event with slogans against Belgium and Rwanda, which have been accused of supporting Burundian rebels (AfricaNews, 14 May 2016). The week of May 8 saw the highest rate of demonstrations since late February of this year. 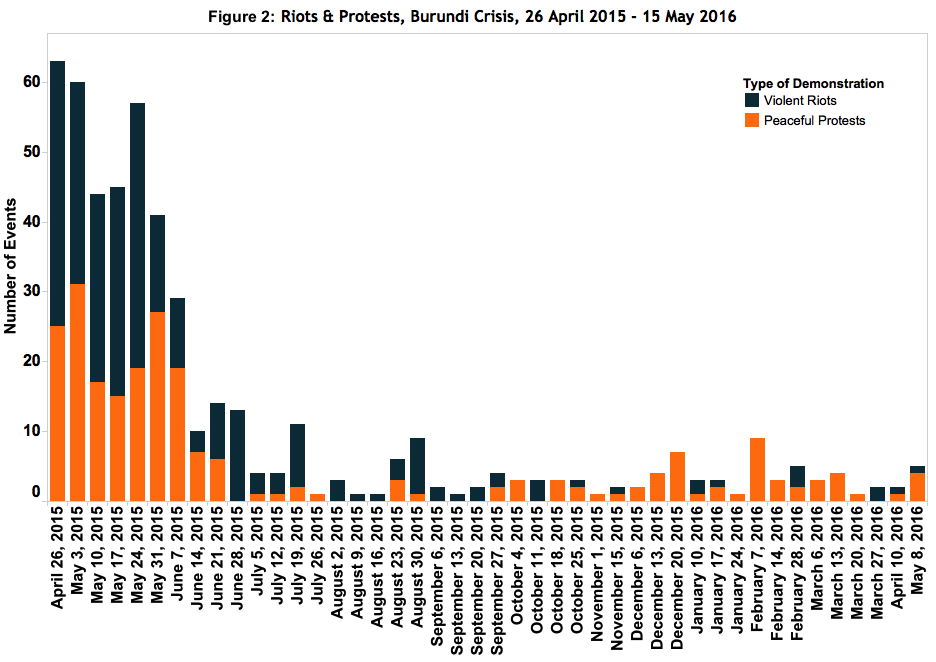