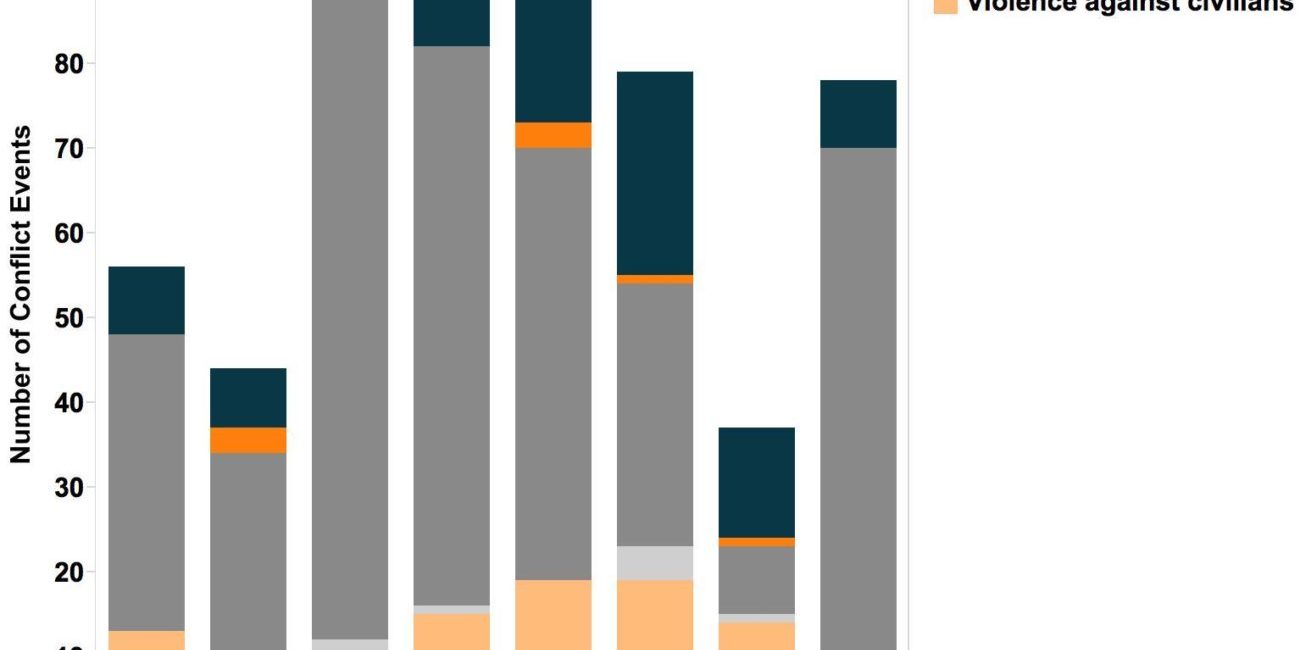 Between March and June, local elections in Bangladesh and in West Bengal, India,  led to a spike in political violence and protests. Despite a long-standing history of electoral violence in both areas, the extent and pattern of violence, especially in Bangladesh, is considered unprecedented (Gulf Times 2016). The event count during the elections doubled in Bangladesh and increased five times in West Bengal. While the ruling parties were heavily involved in the electoral violence in both places, the pattern and types of violence differed.

The Union Parishad (Local Government, UP) elections were held in Bangladesh between March 22 and June 4, 2016. During the elections, 263 events of political violence and protest are recorded, averaging 25 events per week.  In comparison, an average of 12 events per week occurred before and after the election period (see Graph 1). In India, the Legislative Assembly elections in the state of West Bengal were held between April 4 and May 5, 2016. In comparison, political violence increased in West Bengal during this period even more sharply than in Bangladesh; the level of violence was five times higher than the rest of the year, with 147 events of political violence, and  an average of about 32 events per week. In contrast, the weekly average of events before and after the election period is  6 (see Graph 1). 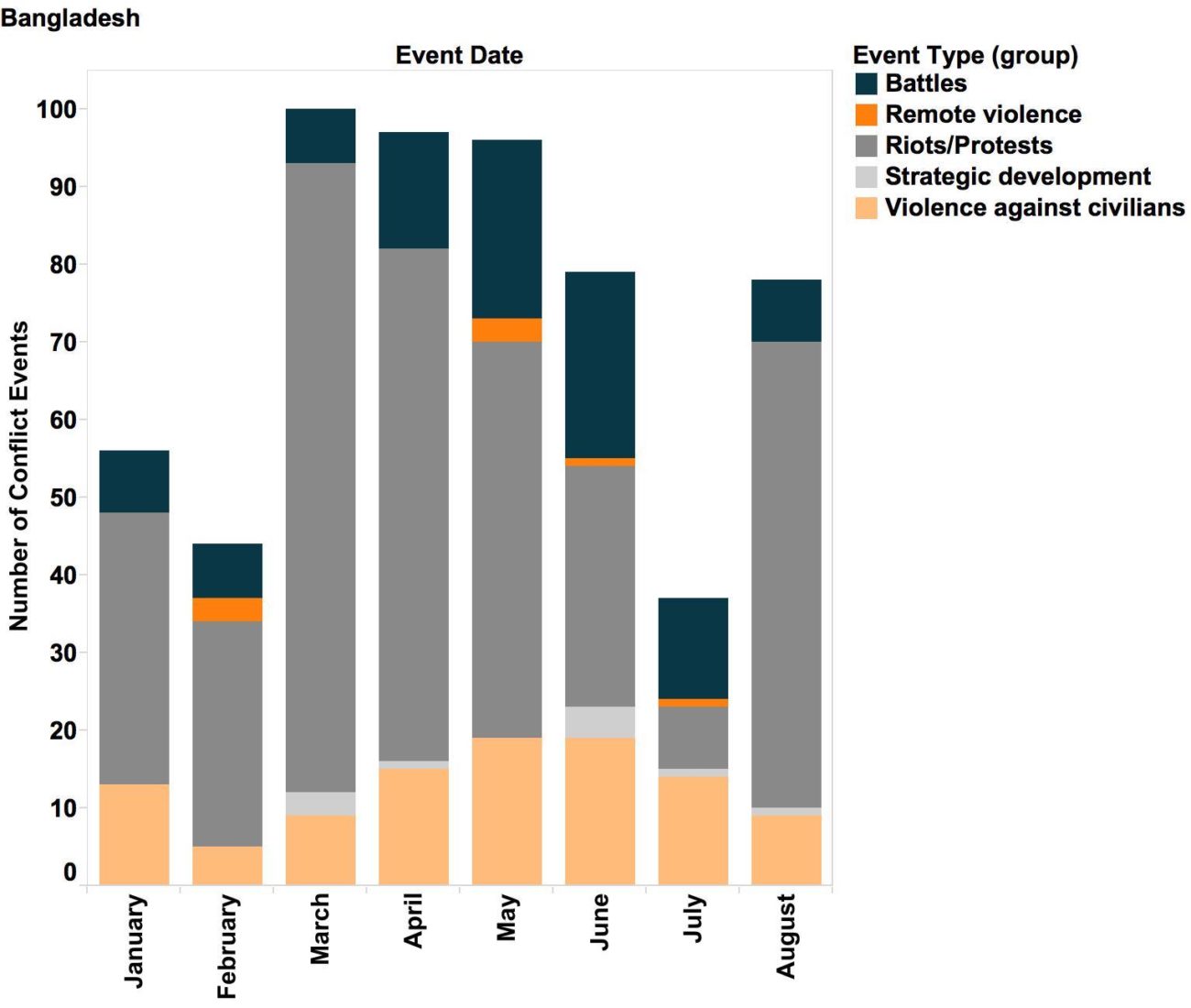 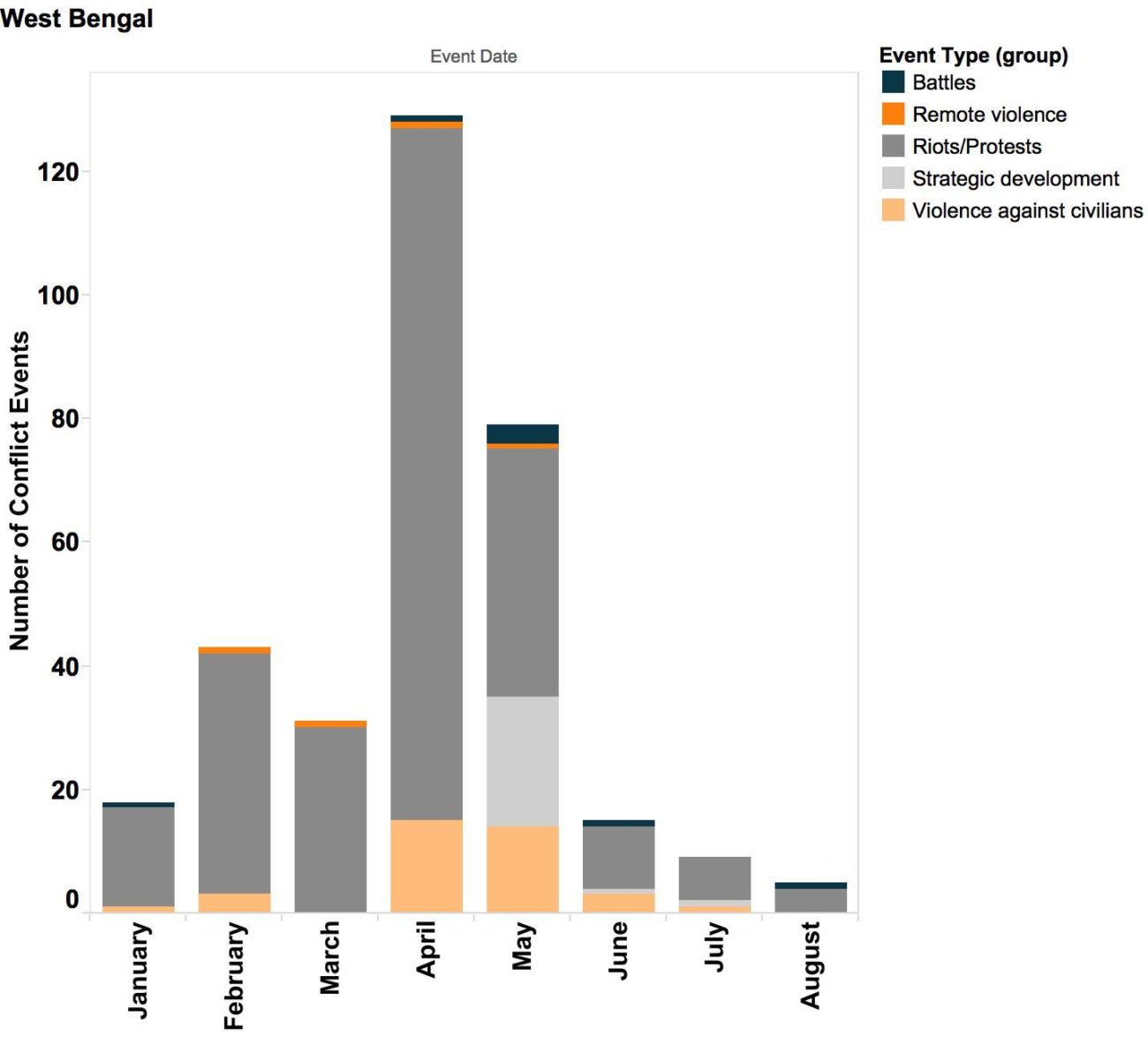 Both areas, Bangladesh and West Bengal have a long-standing history of electoral violence. In both regions, the ruling parties were by far the most heavily involved groups in the violence this year. In Bangladesh, competition between the two main parties, the Bangladesh Awami League (AL) and the Bangladesh Nationalist Party (BNP) historically drives such violence. During the local elections this year, however, most of the violence took place between members of the same parties, and the majority within the AL. 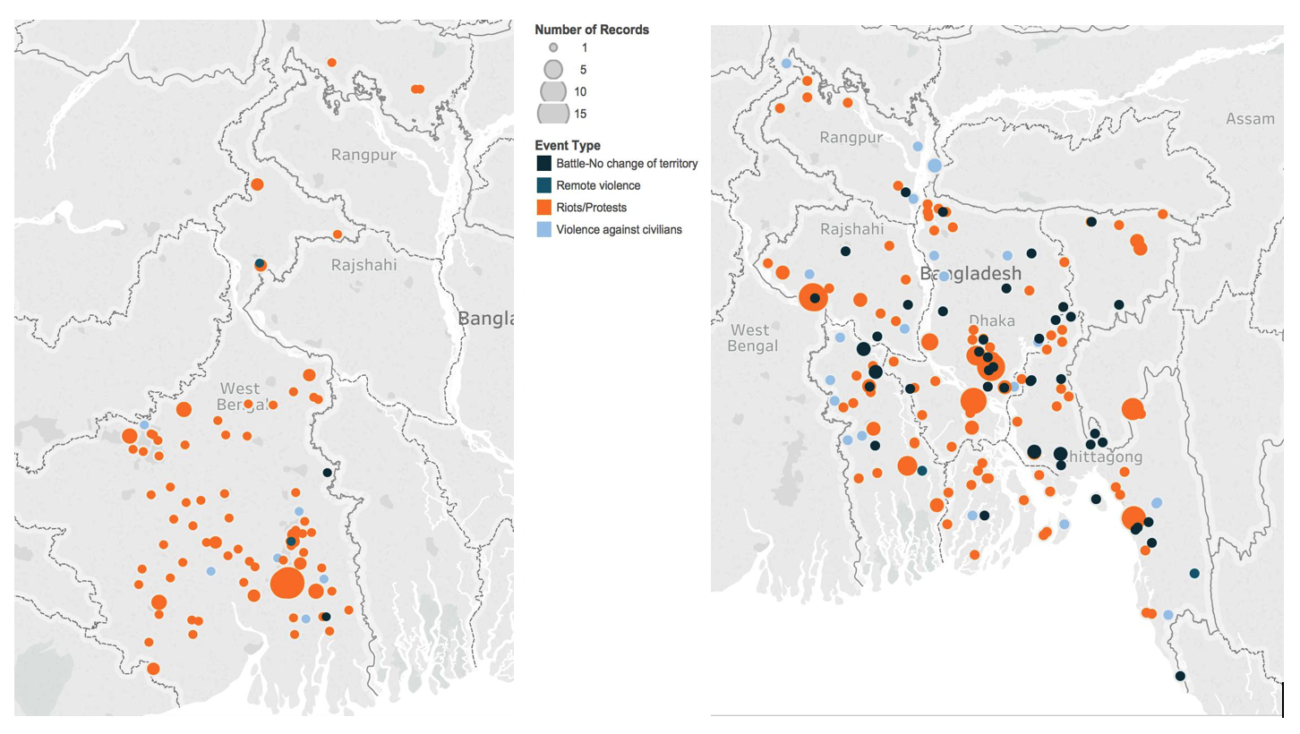 For the first time, UP elections were held along party lines. As a result, supporters of AL rebel candidates clashed with supporters of ruling AL candidates, with “renegades […] challenging regular party aspirants” (The Times of India 2016). ACLED data shows that the ruling AL is involved in 70 of the 263 events, while the main opposition party, the BNP, is involved in only 13 events. Only 6 of these events were clashes between the two main parties, AL and BNP, while 21 events were clashes between members of the ruling AL.

In West Bengal, a different picture emerges. There, the violence during the State Assembly elections is along party lines. Most of the violence occurred between the ruling All India Trinamool Congress (AITC) and the main opposition parties, the Communist Party of India (Marxist) (CPM) and the Indian National Congress (INC). While the CPM and the INC have historically been competitors during elections in West Bengal, for the first time,they formed an alliance in the hope to defeat the ruling AITC. Similar to Bangladesh, the ruling party is involved in the majority of events in West Bengal, with 101 out of 147 events. The main opposition parties, the INC and the CPM combined, are  involved in 74 events only. Most of the clashes (58) were between supporters of AITC and supporters of the CPM-INC alliance. In contrast to the experiences in Bangladesh, none of the reported clashes are between members of the ruling party.

The violence during the election period was particularly high in the capital regions (Graph 2). Kolkata is located in the Southeast of West Bengal, and  has the highest share of violent events amongst all cities in the state (at almost 17%). In Bangladesh, the count in the capital city Dhaka is even higher at 19%, while the violence is generally more spread out across the country.

In Bangladesh, Riots and Protests accounts for the majority of cases with a share of 65%, while Battles, Violence against Civilians, and Remote Violence account for only 18%, 16%, and 1% respectively (The News Today 2016). ACLED data suggest that at least 101 persons were killed during the violence . Similarly, in West Bengal, protests and riots accounted for the majority of cases. Yet, the share was much larger than in the case of Bangladesh. Riots and Protests accounted for 86% of all recorded events, while Violence against Civilians accounted for 12% and Battles as well as Remote Violence for only 1% each. The violence was also less deadly in West Bengal than in Bangladesh, with 16 reported deaths in total.

Despite the widespread violence, the ruling parties in both regions were re-elected. In Bangladesh, the AL won more than 50% of the contested 4085 seats, while the main opposition party, the BNP won only 9% of all seats (Union Parishad Election 2016: A Review). In West Bengal, the Trinamool Congress secured almost 72% of the 294 seats, while the INC-CPM opposition alliance secured only 25% of all seats (The Hindu 2016).