Key trends in South Asia last week include: demonstrations across India against the Citizenship Amendment Bill (CAB); continued Naxal-Maoist violence in India’s Chhattisgarh and Jharkhand states; and an attack on a female polio vaccinator in Pakistan’s Khyber Pakhtunkhwa.

Demonstration activity has mobilized around two different aspects of the bill. Across the country, critics of the bill have mobilized over the perceivable anti-Muslim nature of the CAB (The Guardian, 13 December 2019), which will grant citizenship rights to undocumented non-Muslim immigrants, explicitly precluding citizenship rights for Muslim migrants. Whilst in India’s northeast region, opponents contend that legitimizing undocumented immigrants would threaten the indigenous communities (for more on the CAB, see this ACLED report). The CAB is also heavily linked to the National Register of Citizens (NRC), according to which, approximately two million, mostly Muslim, people have been declared to be illegally residing in Assam state and threatened with deportation (Vox, 12 December 2019). People accused of being illegal immigrants are currently being housed in six detention centers run from district jails across Assam state (The Quint, 10 December 2019).

Meanwhile, continued Naxal-Maoist activity was reported in India’s Chhattisgarh and Jharkhand states. Two Communist Party of India (Maoist) (CPI [Maoist]) cadres were reportedly killed during an exchange of fire with police in Chhattisgarh, after a trooper was injured by an IED explosion. In Jharkhand, another IED explosion reportedly claimed the life of a civilian after being planted in a forested area by CPI (Maoist) cadres. The violence has persisted amid a heavy security presence in Jharkhand, as voting continues in the state assembly elections (Hindustan Times, 12 December 2019).

In Pakistan, unknown armed men reportedly shot dead a female health worker on her way to a polio vaccination campaign in Bannu district. The attack came amid a three-day polio vaccination campaign in several districts of Khyber Pakhtunkhwa province. Polio vaccinators, who are mostly female health volunteers, have frequently come under attack by Islamist militants and hard-line religious parties who accuse government immunization programs of sterilizing Muslim children and serving as cover for Western spies (The Telegraph, 26 April 2019). 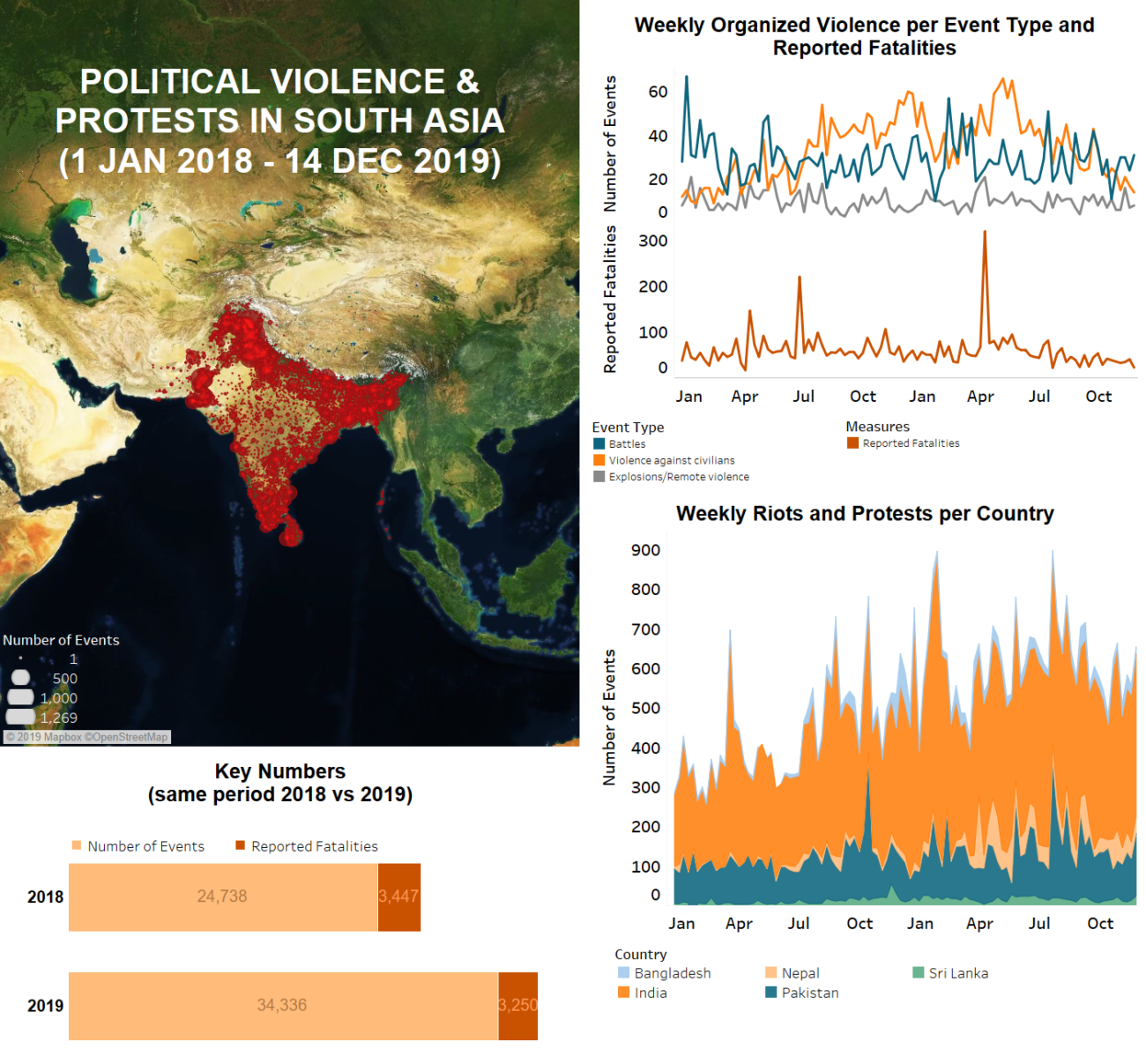