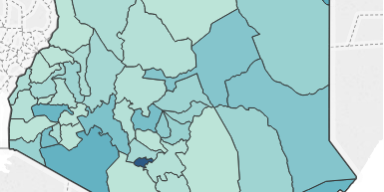 Kenya saw a decrease in political violence and reported fatalities in 2016. The vast majority of fatalities in 2016 still came from Al Shabaab activity. The country also saw a spike in demonstrations in June over whether the Independent Electoral and Boundaries Commission (IEBC) should be reformed before the general elections of August 2017 (Africa Confidential, 10 June 2016). The opposition holds the IEBC as responsible for its electoral defeat in 2013, and in June opposition supporters demonstrated in the opposition strongholds of Nairobi and Nyanza. The state response was notably violent resulting in multiple deaths. A similar polemic did not arise for the rest of the year; subsequent riot and protest events involved localised grievances over development, police conduct and payment. Nevertheless, with Kenya’s elections on the horizon, and with concerns over voter registration and institutional impartiality, there is ample risk for political tensions to turn into political violence. 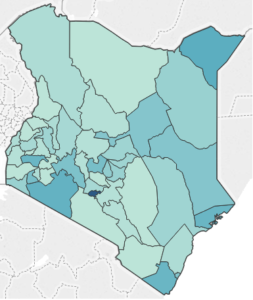 Mali saw a fluctuating amount of low-level violence in 2016. While groups like AQIM, Ansar Dine and other Islamist militias continue to target state forces, peacekeepers and civilians with remote explosives and ambushes, secular groups such as the Macina Liberation Front (FLM — an Ansar Dine affiliate) and the National Alliance for the Protection of the Fulani Identity and the Restoration of Justice (ANSIPRJ) also staged several notable attacks in 2016. Periodic clashes between the Imghad Tuareg and Allies Self-Defense group (GATIA), a pro-government militia, and the Coordination of Movements of the Azawad (CMA), signal continued difficulties in the peace process between the central government in Bamako and the Tuaregs in the North. 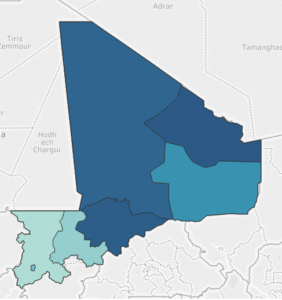 Mozambique suffered a dramatic increase in political violence in 2016 with an almost doubling of reported fatalities and almost triple 2015’s rate of conflict events. The majority of fatalities and activity came from clashes between the Mozambican government and fighters of the opposition Mozambican National Resistance (RENAMO). These clashes have been ongoing since late 2013 and have intensified since the disputed elections in 2014. In early 2016, RENAMO demanded the right to set up an autonomous government in the provinces where it won a majority in the 2014 elections by the end of March (Cummings, 22 June 2016). RENAMO’s demands were not met by the government and the following April was the most lethal month of 2016 in terms of fatalities. Most of these fatalities come from clashes between RENAMO and government forces in Manica and Sofala provinces. In April, an alleged mass grave was uncovered. The government quickly denied the presence of the mass grave although some bodies have allegedly be confirmed (Daily Maverick, 4 May 2016; France24, 5 May 2016). In spite of a violent year, RENAMO and the government agreed to a short-term ceasefire at the end of 2016. This was later extended to a two-month ceasefire which will come to an end in March. 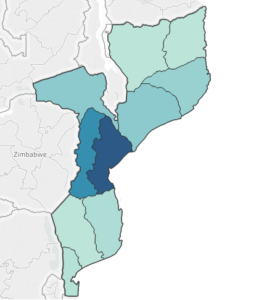 The biggest event of 2016 for the Republic of Congo was the presidential election on 20 March, which saw incumbent Sassou Nguesso retain the presidency despite international criticism. On April 4, suspected members of the Ninja militia, which was officially disbanded by their leader Frederic Bintsamou (also known as Pastor Ntumi) in 2008, were reported to have set alight several police stations and other administrative buildings in the capital during clashes with security forces, allegedly over the outcome of the election. Following these incidents, a heavily-armed government offensive targeted the Pool region, the support base for the Ninja militias during their conflicts with the government in the 1990s and early 2000s. This offensive seems to have backfired however, as attacks by alleged Ninja militiamen on government forces and civilians began across the Pool region for the first time since 2009, before dying back down after the last reported incident on 26 November 2016. 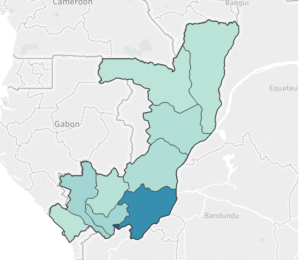 Somalia in 2016 witnessed an increase in both conflict events and reported fatalities over the previous year. Increased deaths are largely due to lethal clashes between insurgent group Al Shabaab and state forces, or external militaries active in Somalia. The number of fatalities resulting from clashes between Al Shabaab and external forces – including forces from the African Union Mission In Somalia (AMISOM) and the militaries of Kenya and the United States – increased by 48% in 2016. High profile and high impact attacks by Al Shabaab include the attack on Ethiopian/AMISOM forces at a base at Halgan in June and a battle with Kenyan forces in October which resulted in 140 casualties. Clashes between state and rebel forces resulted in a fatality spike of 41% in 2016. Al Shabaab’s continued attacks on government troops and external stabilisation forces reflects the group’s vow to disrupt the parliamentary election process (United Nations, 27 January 2017). This raises the question of whether violence will continue to increase in early 2017, when the presidential elections are scheduled to take place. 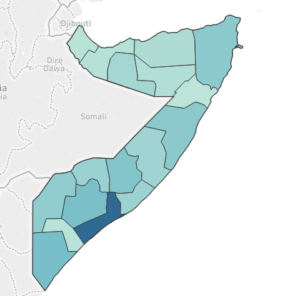 Concerns over an increasingly precarious economy and widespread dissatisfaction towards the political class are driving a renewed wave of protests across Tunisia. In 2016, the levels of protest activity registered by ACLED in Tunisia reached a record high in the last twenty years and were among the highest in Africa. Protests were more frequent and showed a higher risk of turning violent in the capital’s region and in the southern governorates of Sidi Bouzid, Sfax, Kasserine and Medenine. The motivations are reported as unresolved socio-economic problems, coupled with increasing insecurity due to the entrenched presence of armed Islamists and the return of foreign fighters from abroad. These trends are unlikely to change substantially in 2017, unless the new unity government headed by the young secular Youssef Chahed is able to tackle the country’s multiple challenges and restore citizen confidence. 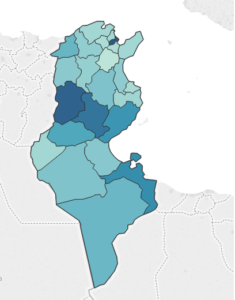 This report was originally featured in the February ACLED Africa Conflict Trends Report.