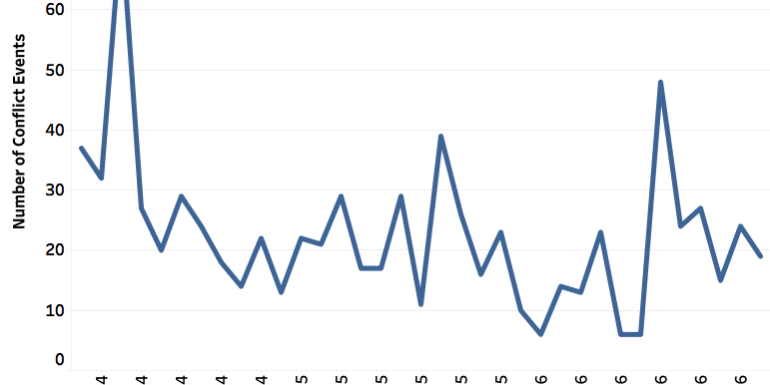 ACLED codes events ‘atomically’ meaning that an event (ACLED has 9 types of events) occurs on a specific day in a specific location involving specific actors. If a battle extends for more than one day, each day the battle is reported to have occurred is coded separately. Hence, each event has a source that notes the day(s) of an event.

The UCDP-GED conflict dataset has a number of ‘campaign’ and ‘summary’ events for which a single battle may occur for any number of days (from the beginning to the end point), but it cannot be assumed that the same battle occurred on each day. In fact, the UCDP-GED Codebook notes that for these types of events there is no exact disaggregated information available; in other words, it is unclear how many battles took place during the time period specified. If these campaigns (that is, conflict events coded for months or more) are artificially disaggregated to mirror ACLED’s atomic modelling, the result is hundreds of assumed events occurring.

ACLED’s Actor Dyad file (available for download here) aggregates atomically coded conflict events into ‘campaigns’ in order to allow users to identify trends relating to a specific conflict at large. Given the data are coded at an atomic level and subsequently aggregated, this means that the user can indeed assume that each event occurred on a specific day. This allows for the user to identify trends over time relating to a single conflict.

For example, Figure 1 looks at the ‘South Sudan Civil War’ – this conflict dyad refers to South Sudanese military forces against the SPLA/M-In Opposition rebel forces over the course of the conflict (for the period ranging from 2014 to 2016). Using the Actor Dyad ID to look only at a specific conflict allows for understanding of the pattern of this specific conflict over time. 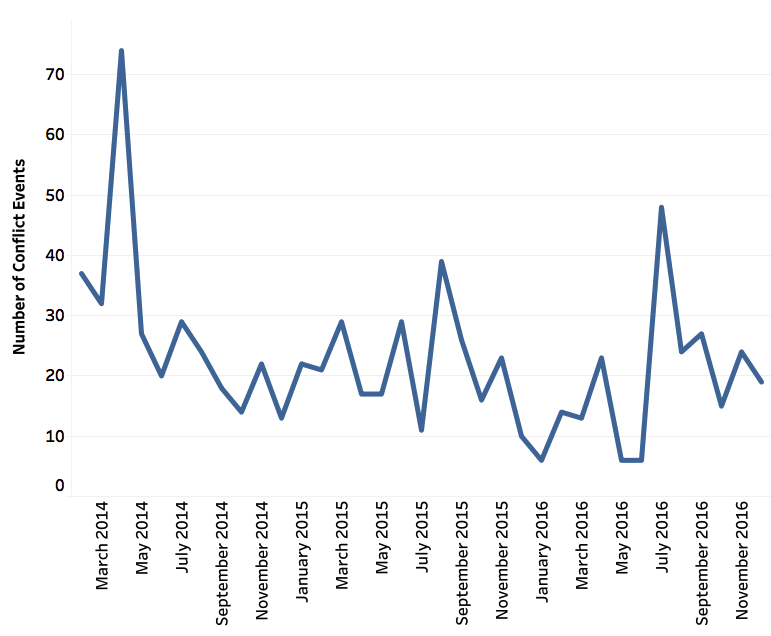 Figure 2 maps the locations of the conflict events comprising this specific conflict. By capitalizing on ACLED’s atomic structure, the location of each conflict event can be identified (see map on left). The map on the right maps the location of all conflict campaigns according to UCDP-GED coding of the South Sudan Civil War. Given that campaigns are coded instead of individual atomic events, the location of each campaign is plotted, instead of the location of each day of fighting; as noted, each of these campaigns may include a number of days, or even months, of fighting, and daily events cannot be disaggregated. Having to rely on the location of campaigns means that multiple locations cannot be mapped. This results in certain regions seeming relatively peaceful when in fact they might not be so – for example, the southern and western parts of the country. (Only 2014 and 2015 are mapped here for comparison as UCDP-GED does not have data for 2016 available for download.)

You can download the ACLED Africa v7 file in dyadic or monadic form, as well as the new Actor Dyad File, here.