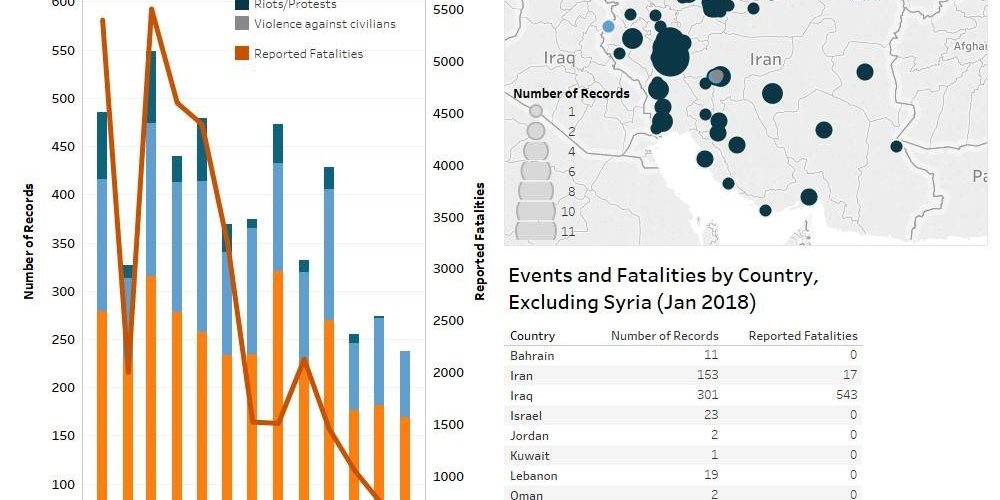 The first month of 2018 has seen significant developments in several countries across the Middle East. Excluding Syria, the region as a whole saw a drop in the number of reported fatalities in January 2018, particularly in Yemen which fell from an annual high in December 2017 of over 2400 to just over 1800 in January 2018. Iraq saw a similar relative drop, although in its case the fall represented the continuation of a longer term downward trend that started in March 2017 after the climax of the battle for Mosul, and which was only interrupted by a slight uptick in fatalities during the Haweeja offensive in September 2017. January 2018 also witnessed the spread of Iranian protests which started in Mashhad, Iran’s second largest city, across the rest of the country. Although the protests have since started to wind down, regular demonstrations, largely motivated by labour concerns, continue to be reported in cities across Iran. One area of which witnessed rising conflict however is the border between Syria and Turkey. The Turkish military opened a new front this month in their intervention in the Syrian conflict. Codenamed Operation Olive Branch, this ongoing offensive is aimed at dislodging the Kurdish Democratic Union Party (PYD)’s control of Syria’s Afrin region which borders a number of Turkey’s southern provinces. 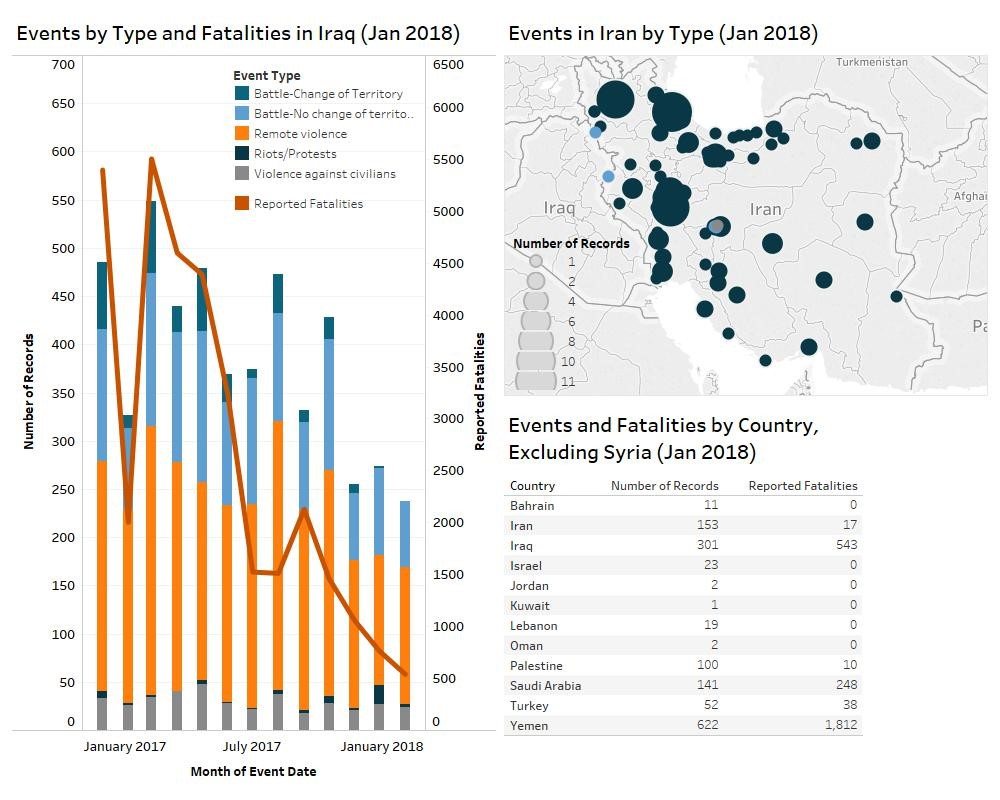