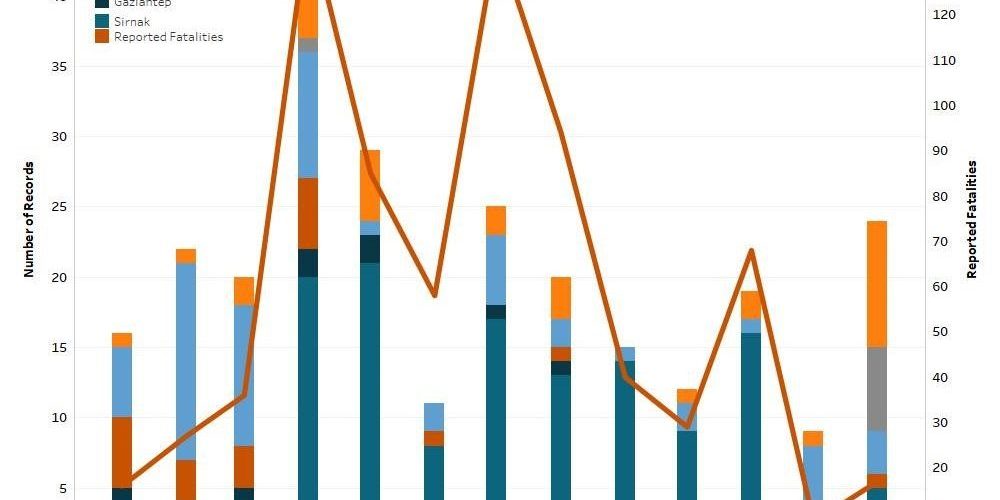 January 2018 saw the beginning of Turkey’s offensive against the Kurdish-led Democratic Union Party (PYD) in Syria’s Afrin region, codenamed Operation Olive Branch. This operation builds upon Turkey’s initial intervention in Syria, Operation Euphrates Shield, which saw Turkish-backed Syrian rebels capture a significant amount of territory in Aleppo province. This operation succeeded in cutting off the Afrin region from the significant territories controlled by the PYD in northeastern Syria, and laid the groundwork for the present push to oust the PYD from Afrin. Turkey’s over-arching goal is to prevent any future unification of these territories along its border under the Democratic Federation of Northern Syria (DFNS), a de facto autonomous region representing the territories controlled by the PYD and its allies, including the Kurdish National Council and other affiliated rebel groups.

Although the offensive is ongoing, one notable result already being witnessed on Turkey’s side of the border has been a dramatic increase in events in the provinces bordering the Afrin region, Hatay and Kilis. For Hatay’s part, January 2018 saw more events than any single month in 2017, while Kilis saw more events than all of 2017 combined. These events were almost entirely composed of incidents of remote violence, primarily cross-border shelling, and along with the other cross-border events combined to make January 2018 the most violent month along Turkey’s border with Syria since July 2017. 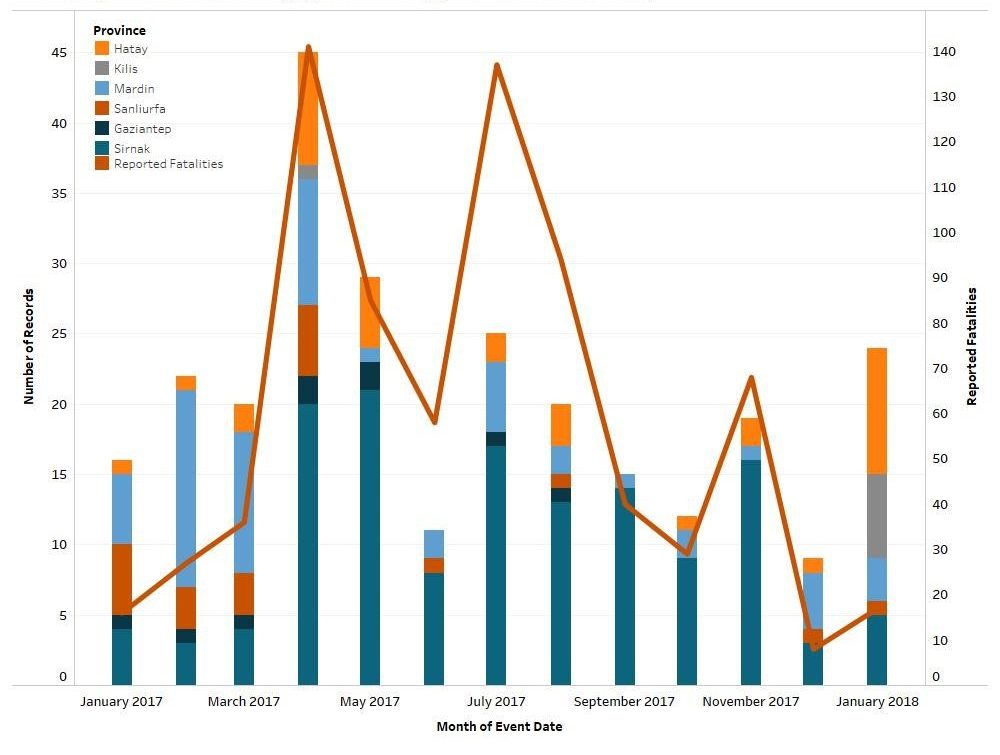