What is shaping protest dynamics in Africa in early 2018? 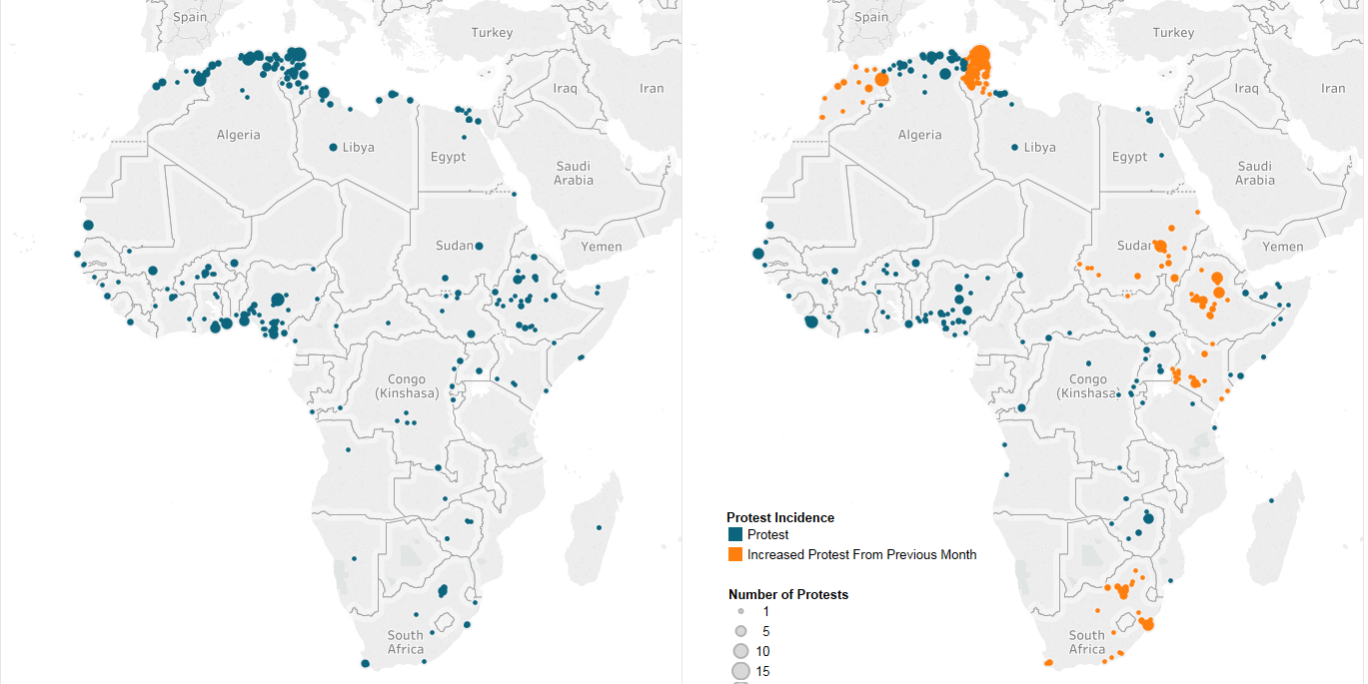 All forms of political violence and protest, excluding battles, increased throughout January 2018, following the lull in armed conflict events in December 2017.

Protests increased significantly (by 39%), largely driven by developments in Tunisia, where protests rose from 52 in December to 162 in January (see Figure 1). This is related to the Fech Nistanaw campaign that has emerged aims to target the rise in prices and increased taxes following the introduction of a new finance law. While protests are often small-scale, short-term and highly localised political demonstrations across Africa, this movement is regionally coordinated, a trend that is also echoed in Ethiopia. Anti-TPLF protests were significantly violent and widespread in Oromo and Amhara in late January as growing coordination between the Oromo People’s Democratic Organisation (OPDO) and the Amhara National Democratic Movement (ANDM) to challenge Tigrayan dominance is increasingly mirrored in the protest efforts on the ground. Protest repression increased from 15% – 72% in Ethiopia between Dec 2017 and Jan 2018 and from 17% – 43% in Tunisia in the same period. Increased coordination of protests across states and between different societal groups often represents a threat to the government, leading to heavy-handed tactics and repression. 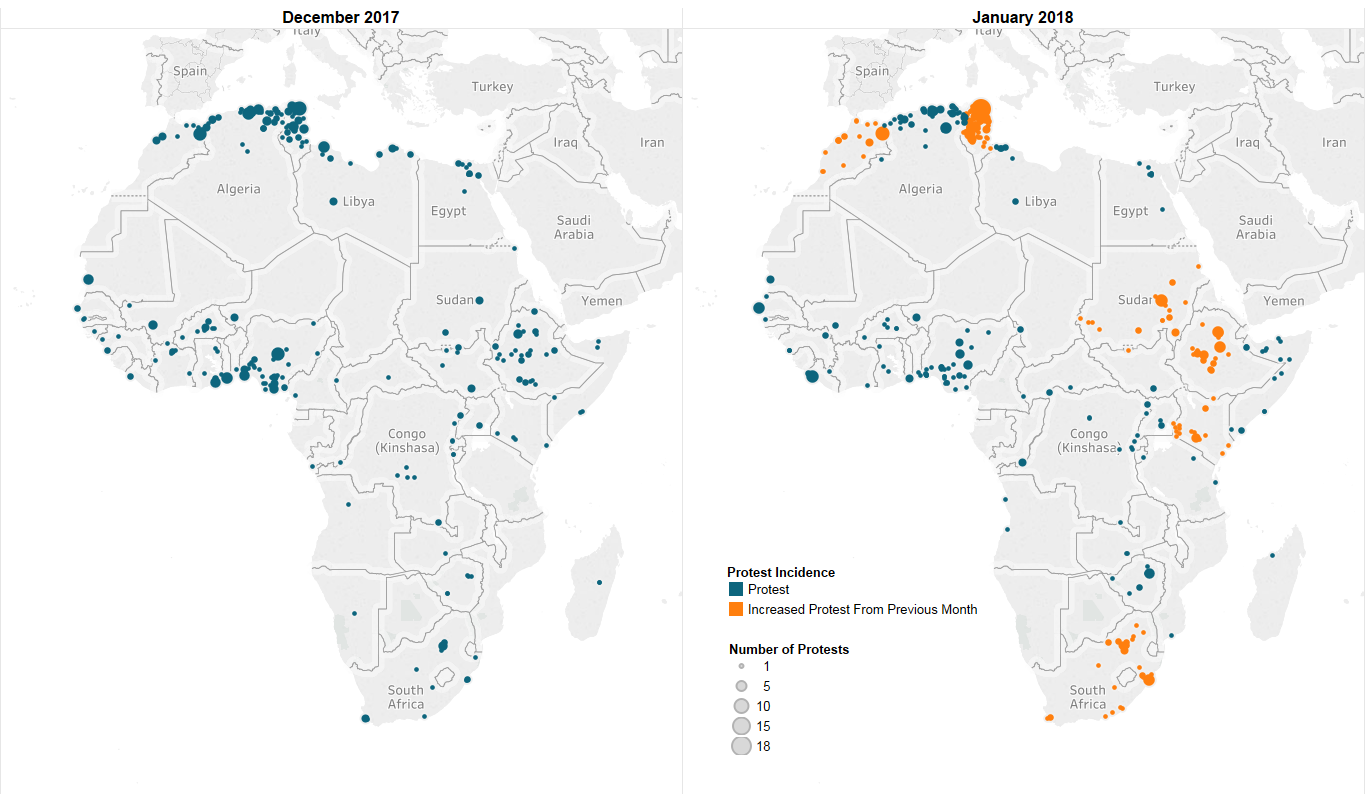