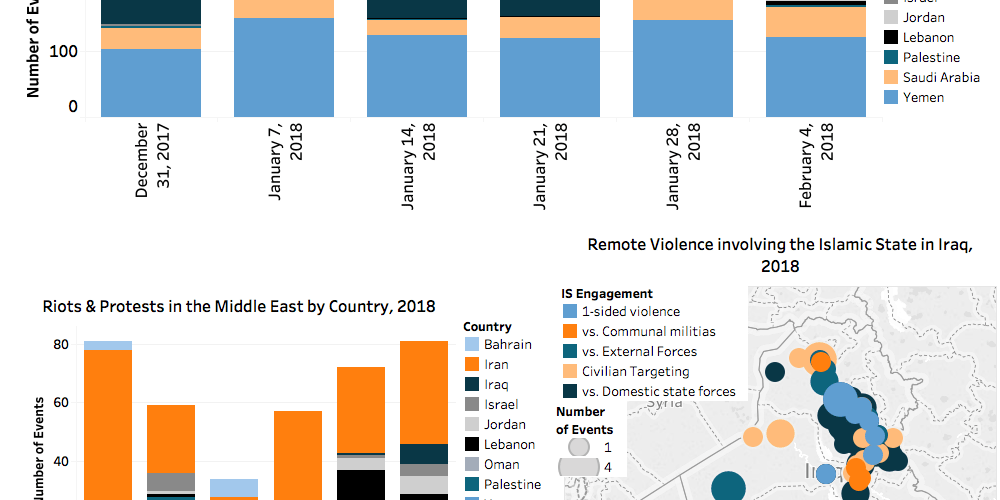 The last week was primarily defined by a stabilization of activity across much of the Middle East, though several countries saw continued or increased numbers of protest events. In Syria, the government has made advances on several remaining IS pockets, while the rebel Syrian Democratic Forces (QSD) and People’s Protection Units (YPG) are mostly focused on Afrin. Yemen has also seen some minor gains by pro-Hadi government forces, while stalemated battles and heavy airstrikes are seen along the Saudi border.  By contrast, Turkey saw a decline in shelling witnessed last week around the Afrin region.  In Iraq’s case, although all major urban centres have been retaken from the Islamic State (IS), the group continues to engage in a campaign of bombings against both civilians and security forces personnel, which have occurred alongside a number of unclaimed attacks.

Outside of these countries, riots and protests defined the data. In Iran, largely peaceful protests continued across the country, with a total of 33 events recorded. Jordan and Palestine have also seen increases in civil unrest. In Jordan’s case, a number of protests were recorded relating to increases in the price of fuel and bread, as well as some rioting. Neighbouring Palestine also saw the intensification of rioting which started last week, resulting in at least one civilian killed, alongside several stabbing attacks which resulted in three fatalities. 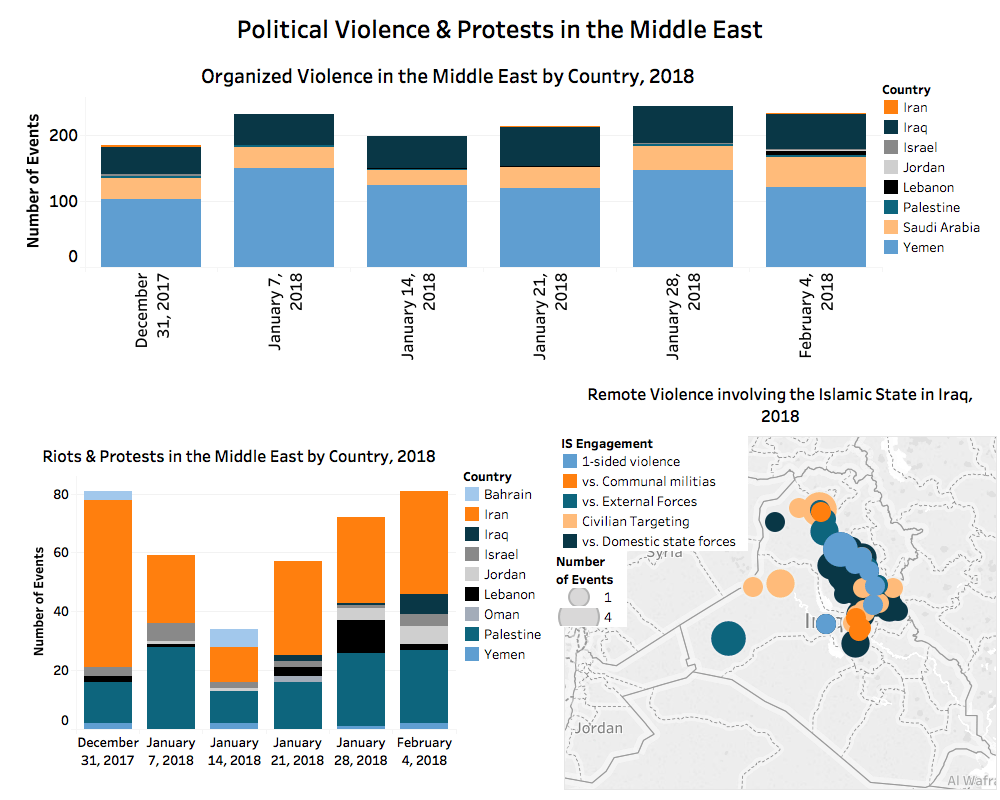