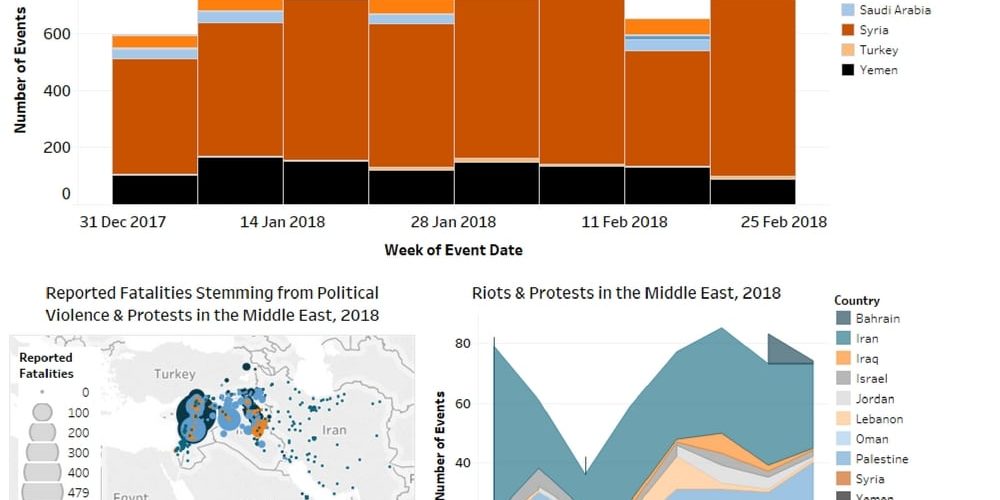 In Palestine, the recent announcement that the United States would relocate its embassy in Israel to Jerusalem in May has resulted in a rise in the number of demonstrations, including rioting resulting in fatalities. Meanwhile, an intensification of the siege in Eastern Ghouta occurred this week in Syria, with almost 20% of all violent events reported in the country occurring in this rebel stronghold as both Syrian military and allied forces expanded their strikes within the enclave. Elsewhere in the country Turkish and Syrian forces, along with their allies, clashed in the Afrin region. This followed a deal between Kurdish forces in Afrin and the Syrian government to work together to repel the Turkish offensive. There was also a rise in the number of reported political violence events in Turkey this week, with several battles occurring between Kurdistan Workers Party (PKK) militants and Turkish security forces and over 50 reported fatalities, making it the deadliest week in the country so far in 2018.

The number of reported events dropped slightly in Iraq, Saudi Arabia, and Yemen, while in Iran the number of protest events specifically decreased. In Iran’s case, while protest events decreased, this week witnessed a more violent demonstration between members of a Sufi sect and Iranian security forces in Tehran, which ultimately resulted in the killing of 5 members of the security forces after they were rammed by a car. Significant fighting meanwhile continued in Yemen along the frontlines of its civil war, although the drop in the number of political violence events across the country as a whole may be attributed to ongoing efforts in Oman to reach a peace deal. 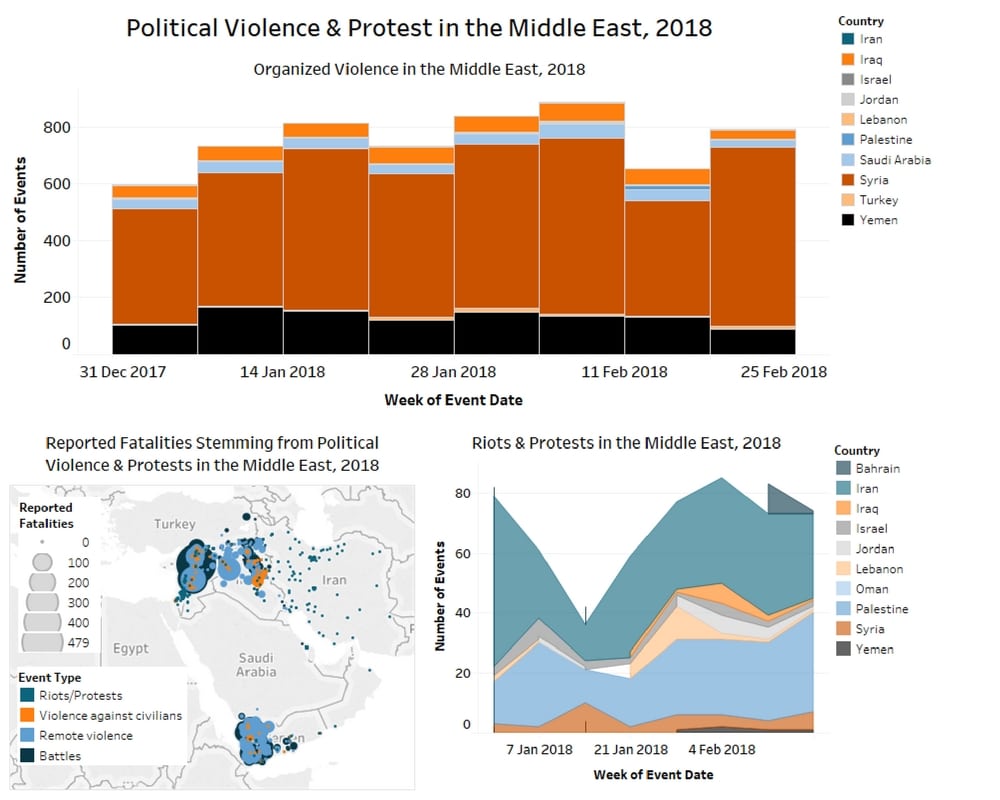