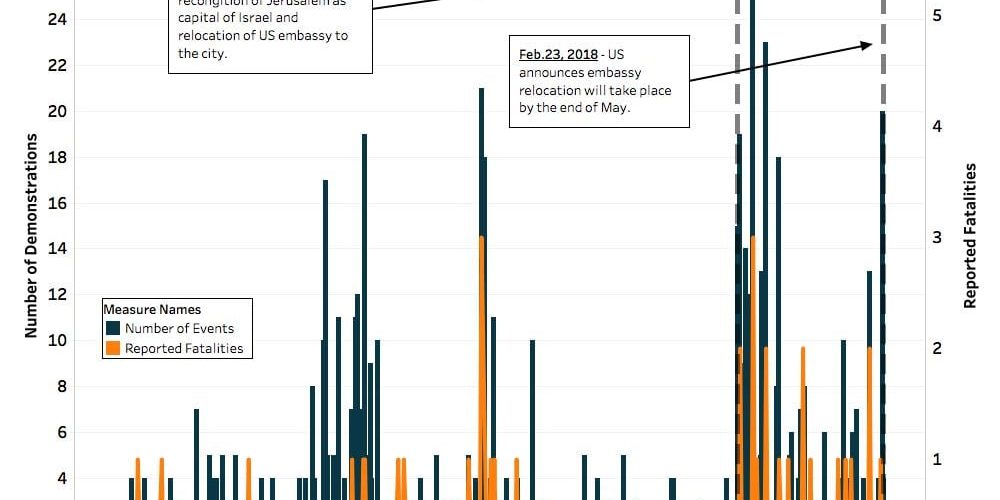 On December 6, 2017, President Donald Trump announced that the US would recognize Jerusalem as the capital of Israel, and that it would be relocating its embassy from Tel Aviv to there  (New York Times, December 6, 2017). This announcement, which was seen as undermining the peace process, led to a dramatic rise in protest and rioting activity in the Palestinian territories as Jerusalem is also claimed as the capital of Palestine. The week after the announcement was made demonstrations rose to levels last recorded in the summer of 2017, when widespread demonstrations broke out over Israel’s installation of metal detectors at al-Haram ash-Sharif.

A second spike in demonstrations was witnessed on February 23, 2018 following the further announcement that the US intends to move the embassy to Jerusalem by the end of May (Reuters, February 23, 2018). Both of these spikes in riots and protests have also involved   relatively high levels of associated fatalities. In total, 19 Palestinians have been killed in related demonstrations between December 6, 2017 and February 24, 2018.

Given this situation, the US’s recognition of Jerusalem as the capital of Israel and the relocation of its embassy will continue to inflame tensions in Palestine and cause periodic unrest. These tensions — expressed in the form of spikes in protests and riots, as seen following the December 6 and February 23 announcements — will likely be catalyzed by similar announcements or activities relating to the relocation of the US embassy, especially as May draws nearer. 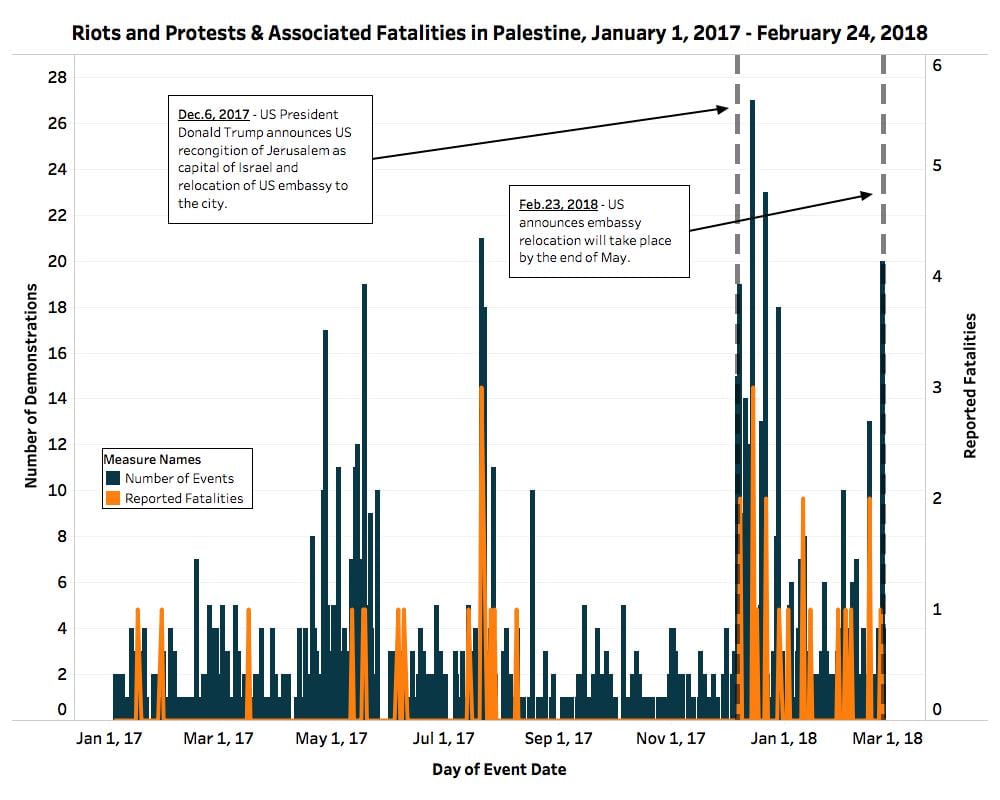