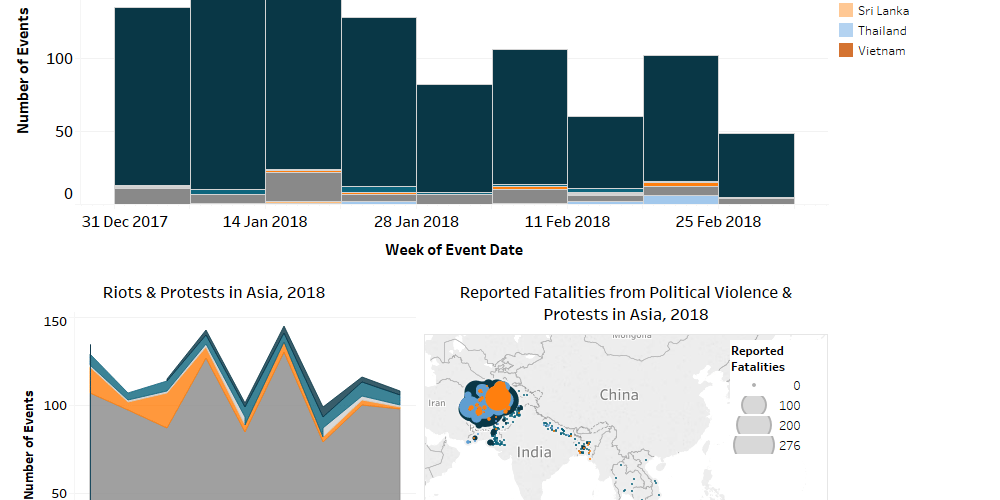 There was an overall decrease in the number of political violence and protest events recorded across the South and Southeast Asian regions last week relative to the previous week.

In Afghanistan, two important developments, with possible impact on future conflict trends, took place. Firstly, the Afghan government agreed on a public deal with the Taliban during an international conference which started on February 28 in Kabul. The deal would see a legitimisation of the Taliban if the latter come to the negotiating table and recognize Ghani’s government. No official agreements have been signed yet. Secondly, leaflets were found in several districts of Nangarhar province – including Khogyani, Pachir Wa Agam, and Chaparhar – as of March 3, pronouncing the formation of a new Taliban splinter group, the Mullah Mansour Group. The group is allegedly in talks with several Taliban leaders across Afghanistan.

Tensions were reported from the Bangladesh-Myanmar border over the Rohingya resettlement issue. Myanmar troops moved to and, in one instance, tried to cross the Bangladeshi border in the Chittagong Division, though they were stopped without any reports of armed violence.

In Sri Lanka, resentments amongst the local population against Chinese infrastructure projects flared up again (for a past example, see Reuters, 1 Feb 2017). This led to a violent demonstration against a Chinese water company in Anuradhapura District.

In Pakistan, Christians — joined by lawyers, activists, and students — staged large protests in Lahore following the alleged torture of a Christian man, who had been arrested for blasphemy, while in Federal Investigation Agency custody.

(Data on India [including Jammu & Kashmir] and Myanmar have not yet been released; trends are hence not explored above.) 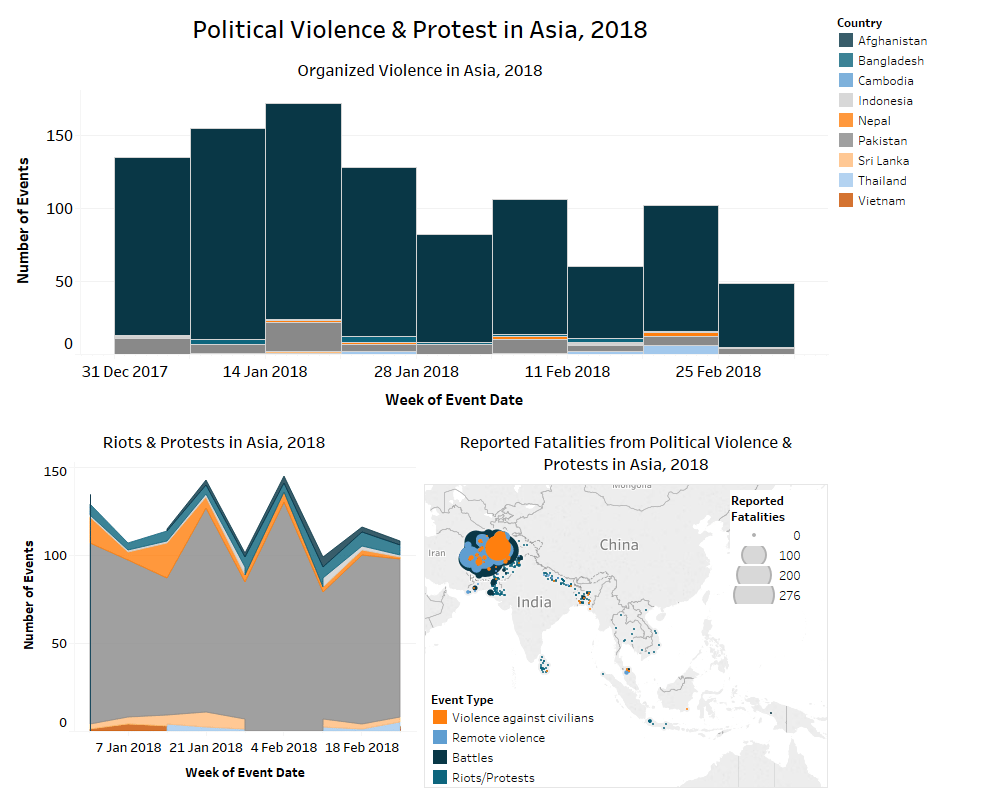