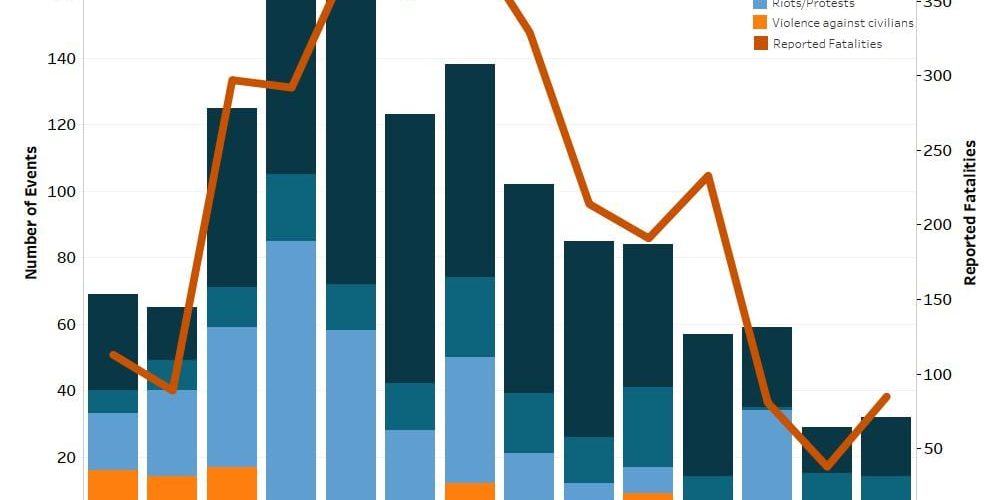 2018 started as a fairly calm year for Turkey; reported fatality numbers were low and trends suggested they may continue falling. However, since February, there has been a dramatic spike in the number of reported fatalities. Surprisingly, these reported fatalities are largely attributed to battles rather than incidents of remote violence, specifically shelling and missile fire. This type of violence has spiked along the border with Syria following the Turkish government’s offensive against the Kurdish-controlled Afrin region in Syria.

The number of fatalities reported in January 2018 is the lowest number of fatalities in Turkey since January 2017. However, recent developments in February produced a reversal of this trend. The turning point occurred during the week of February 18 in particular; the highest weekly fatality total this year was reported that week. Almost all of these fatalities are reported in the provinces located along the Iraqi border, Sirnak and Hakkari. The majority of these events involve clashes between Turkish security forces and the Kurdistan Workers’ Party (PKK).

Although it is difficult to determine the exact cause of the significant rise in reported fatalities in February 2018, Turkey is engaged in ongoing operations against the PKK both in eastern Turkey and across the border in Iraq. The timing of this rise, however, may have more to do with Turkey’s ongoing offensive against the forces of the Kurdish Democratic Union Party (PYD) in Syria, which is believed to be linked to the PKK (Washington Institute, March 29, 2016). This may also be contributing to the increased number of attacks by the PKK against Turkish security forces reported last month. 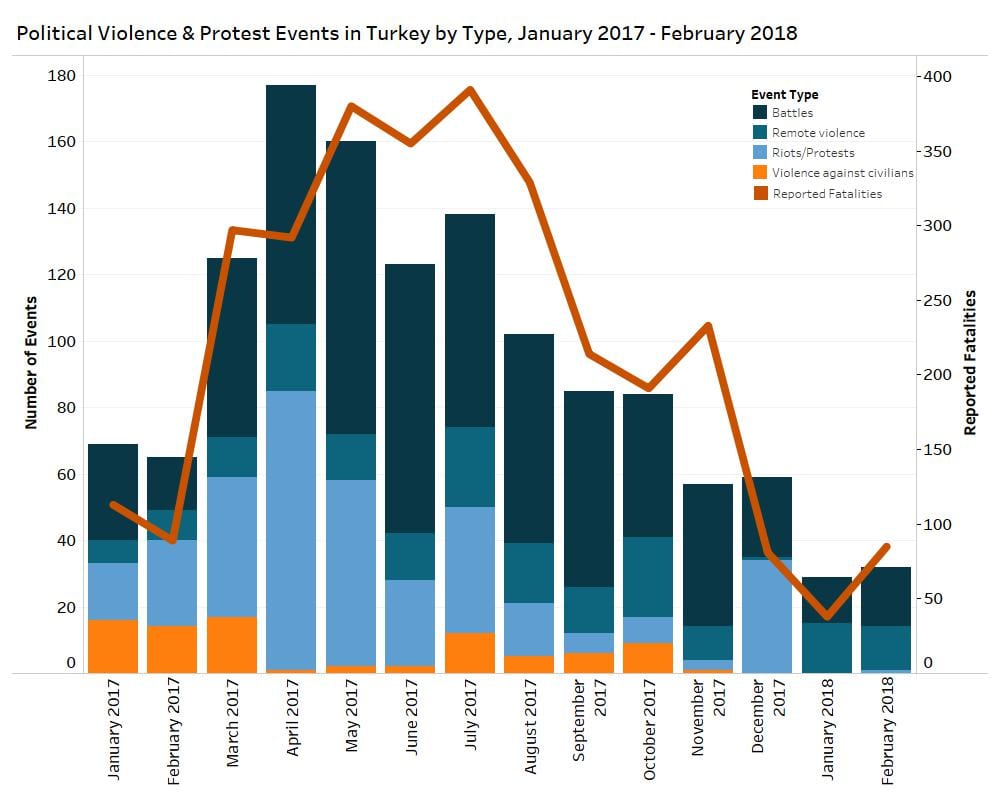 Basak Kalkavan is Research Assistant at ACLED, working particularly for the Turkey project. She is also Education and Research Assistant at the Institute of Security and Global Affairs at Leiden University in the Netherlands. She holds a MSc degree in International Relations and Diplomacy. Her research interests focus on conflict resolution, environmental security and peacebuilding.