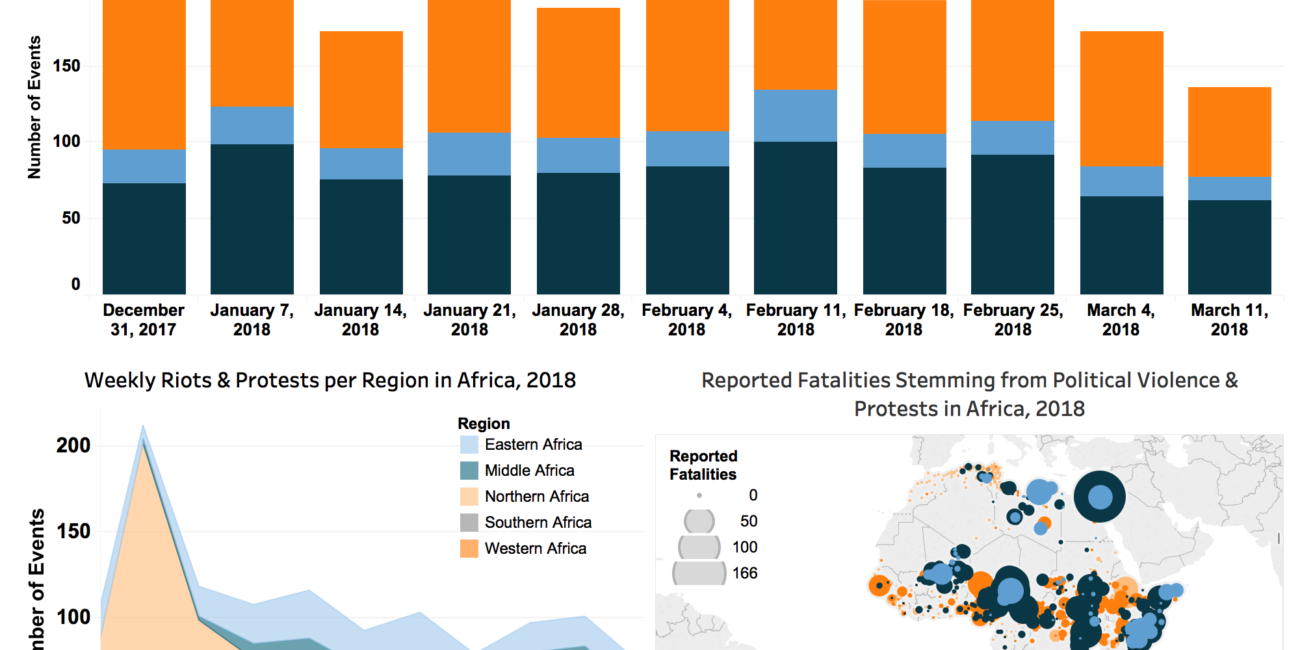 The week of 11 March has been particularly brutal for civilians in Africa’s largest countries. Dozens of attacks on civilians by non-state armed groups reflected the mounting political tensions in the Democratic Republic of Congo (DRC). In Orientale’s Djugu area, a coordinated attack on four villages on 12 March left 41 people killed. The Congolese forces had been pushed away from the area early March. In parallel, political tensions ahead of the December elections are running high: on 10 March, the speaker of the G7 opposition coalition was assaulted at his home in Mbandaka, Equateur.

In Nigeria, an armed Fulani militia has also engaged in a number of attacks against civilians, particularly in Plateau and Kogi states. The government’s attempt at curtailing the communal violence with a ban on cattle grazing last November 2017 appears to fall short of its target.

Popular protest movements also continued in several countries across the continent last week. In Morocco, protests have gone uninterrupted since end December 2017 in the former mining town of Jerada (Oriental region) over economic marginalisation. Tensions rose from 10 March as the government arrested two key leaders of the protest movement and subsequently imposed a ban on all protests. The Jerada residents defied the ban and engaged in rioting acts for the first time since the movement started. In Guinea, students rioted across Conakry as the post-election dead-city strikes -followed notably teachers- entered their third week.

Finally, several insurgency developments are notable. In Somalia, Al-Shabaab is showing its strength as the AMISOM troops have begun to gradually withdraw from the south of the country. The number of discrete events in Somalia has been increasing, particularly in Lower Shabelle, with regular battles and grenade and IED incidents. In South Sudan, the intensity of the fighting waxes and wanes in response to national elite and localised changes. President Kiir has made many changes to his government over the past weeks, and conflicts continue at both the national and local level in response to security vacuums. Most recently, on 12 and 13 March, Kiir sacked three officials from the presidential and revenue authority offices. Cameroon is still  confronting an escalating insurgency in its south. Since December, there have been almost weekly reports of attacks on the Cameroonian forces by suspected Ambazonian separatists. These attacks continued over the past week. 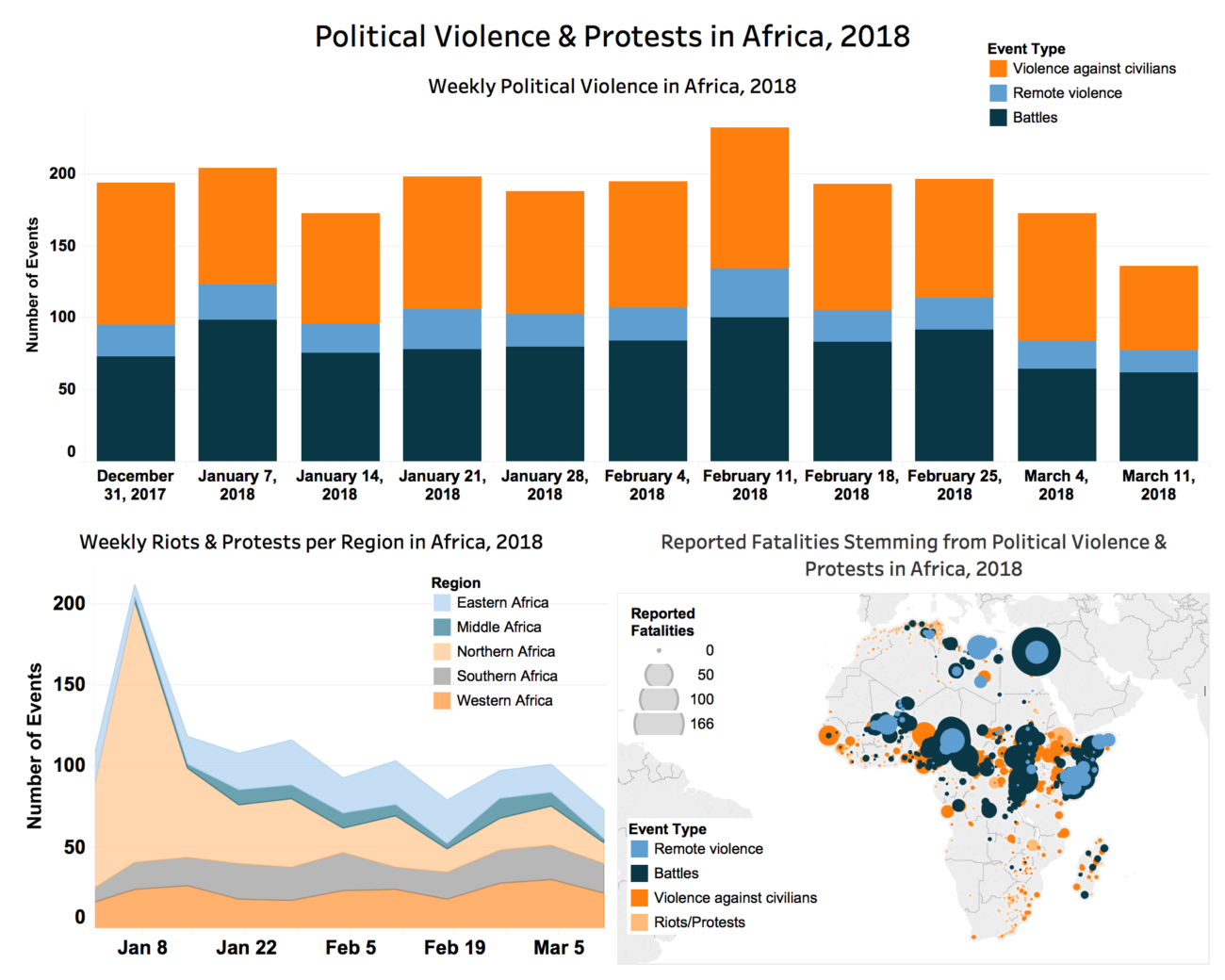