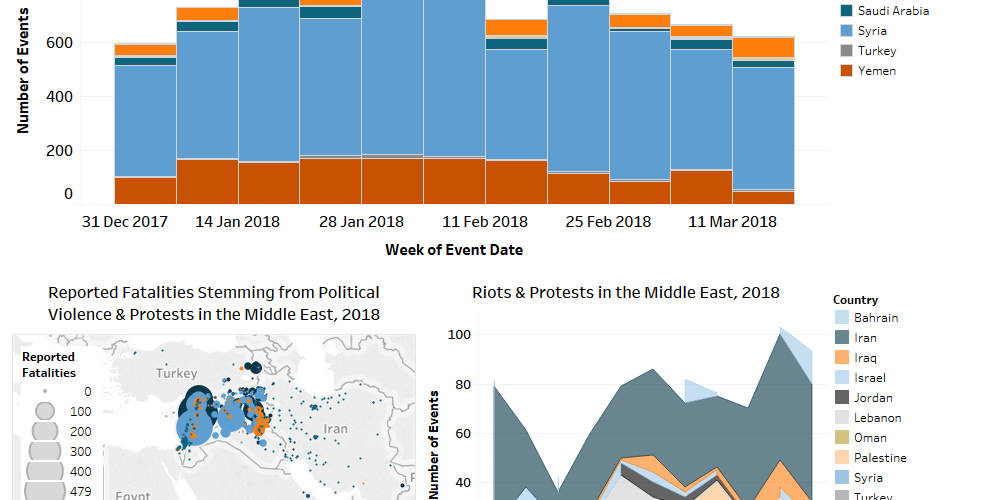 Last week, new dynamics in political violence involving the Islamic State (IS) were reported in Iraq and Yemen, while notable events of political violence or protest dynamics were also recorded in Israel, Iran, and Palestine. In Syria, government and Turkish forces continue to advance in the Eastern Ghouta and Afrin areas respectively, while advances by pro-Hadi forces were likewise reported in Yemen’s Razih, Nihm, and Bayda districts.

In Iraq, attacks involving IS militants setting up fake checkpoints were reported in which IS used them to ambush civilians along the Baghdad-Kirkuk road. This could represent a tactical devolution by IS away from direct engagement and towards a more guerrilla style of fighting following their loss of territorial control in and around Iraqi urban areas. IS militants were also involved in increased activity in Yemen, with a suicide bombing in Aden and two attacks in the Az Zahra area in Al-Bayda governorate.

New anti-draft demonstrations by Haredi Jewish groups were reported in Israel, while in Iran, farmers continued to protest in Isfahan province for the second week over water distribution, alongside ongoing labour protests across the country.

In Palestine, “day of rage” demonstrations were against the United States’ planned embassy move to Jerusalem. Notably, this demonstration involved fewer reported protests across the Palestinian territories than similar actions against the US embassy move. An assassination attempt also took place last week targeting the Palestinian Prime Minister Rami Hamdallah in northern Gaza. The bombing injured a number of the Hamdallah’s Fatah movement guards yet left Hamdallah himself uninjured. The Palestinian Authority blamed Hamas for the attack.

(Note that Syrian data will be released on Wednesday, March 20 this week, at which time this overview will be updated.) 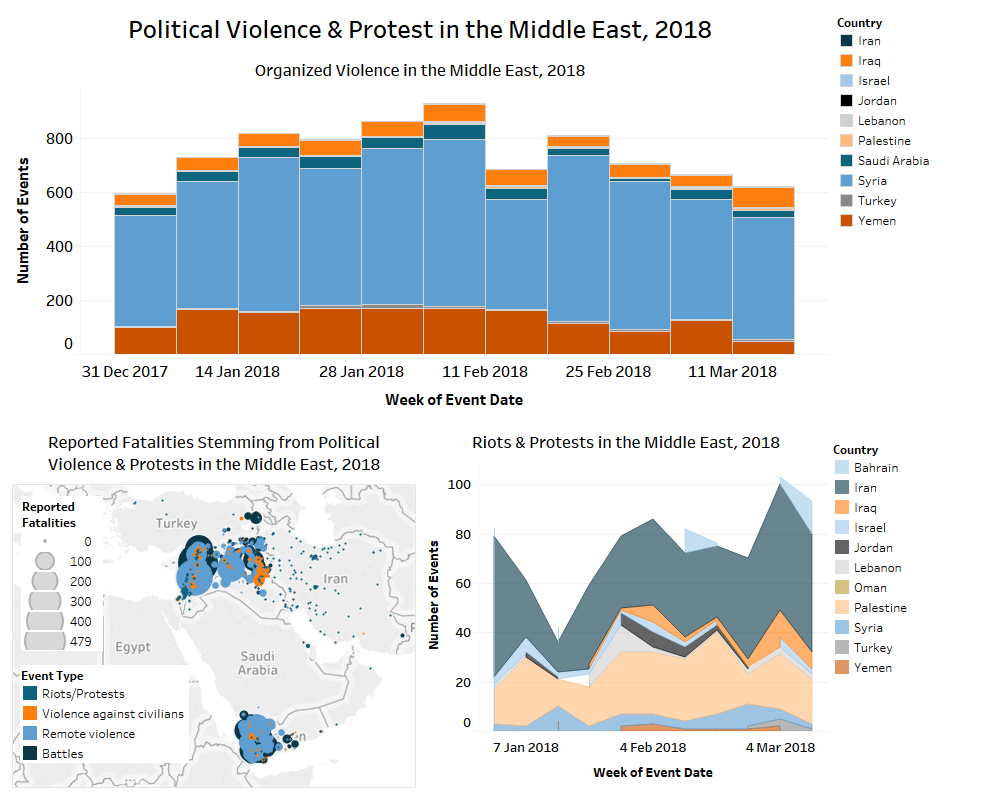