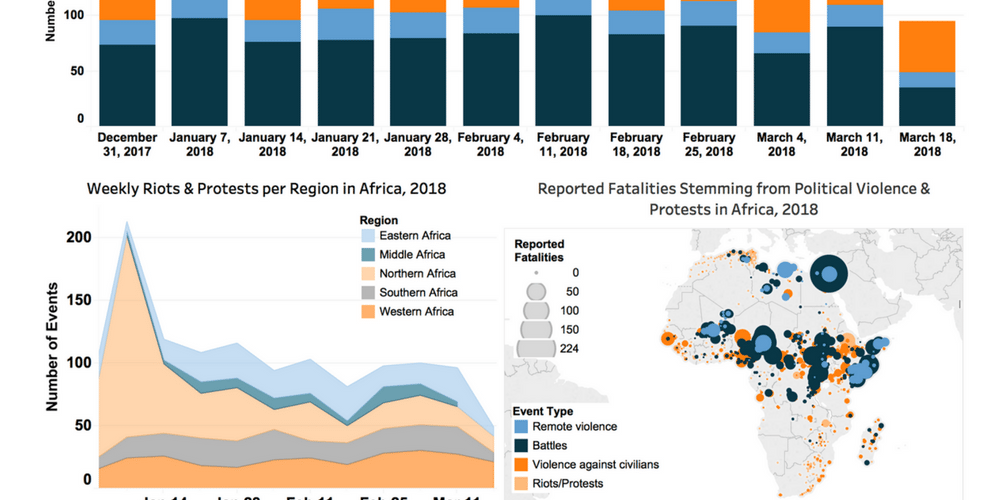 Last week, key trends on the African continent included an increasing level of political violence in the Central African Republic (CAR) and in Mali, as well as a high-level attack in Egypt ahead of the 26 March elections.

The security situation is becoming increasingly precarious in CAR. Regular lootings and abductions by the Lord Resistance Army (LRA) continue to put civilians at risk in the southeast. In parallel, political militias have continued to proliferate across the country in 2018. Civilian deaths by non-state armed groups often escalate into reprisal attacks and clashes, illustrating the tensions reigning within the regions. For example, on 15 March, non-state armed groups clashed in Alindao in Basse-Kotto two days after the discovery of a dead body in the area. The resurgence of violence between the Union for Peace (UPC) and the Anti-Balaka in the Bambari area in Ouaka prefecture last week further highlights the volatility of the political violence landscape in the country. Over 30 people were killed in three days of violence between the two groups between 20-22 March;  these two groups last clashed in January.

In Mali’s Kidal region, the joint MINUSMA and Barkhane forces’ base was fired upon by JNIM militants. The attack came ahead of a visit by the Malian Prime Minister Soumeylou Boubeye Maiga – the first time a Prime Minister was due to make the trip since 2014. In Mopti region, the state forces came under heavy fire from the Macina Liberation Movement (FLM) and from an armed Fulani militia. Civilians were also targeted by each of these actors: the state forces arrested and killed six people in the village of Dogo on 22 March, while the FLM abducted four aid workers in the Dialloube area on 22 March and attacked a village in Diafarabe two days later.

In Egypt, a car-bomb explosion targeted the convoy of Alexandria’s security chief two days before the Presidential election in which el-Sisi is likely to be re-elected amid widespread intimidation and harassment of other candidates. The security chief survived the explosion on 24 March, but two others were killed, including a policeman. The elections also come as the government boosted its campaign against Islamist insurgents in the northern and central parts of Sinai through the Operation Sinai 2018. Around 15 March, the military claimed that another 36 Islamist insurgents were killed and 345 detained as part of the Operation, while four died on their side.

Other notable developments last week on the African continent include the resumption of attacks by several insurgent groups such as Islamist militants in Mocimboa da Praia district in Mozambique (they last attacked the district end 2017) and allegedly the Oromo Liberation Front (OLF) in Ethiopia (who last attacked the state forces in December 2016); as well as political shocks, such as the filing of a motion to impeach President Edgar Lungu in Zambia by the main opposition party. 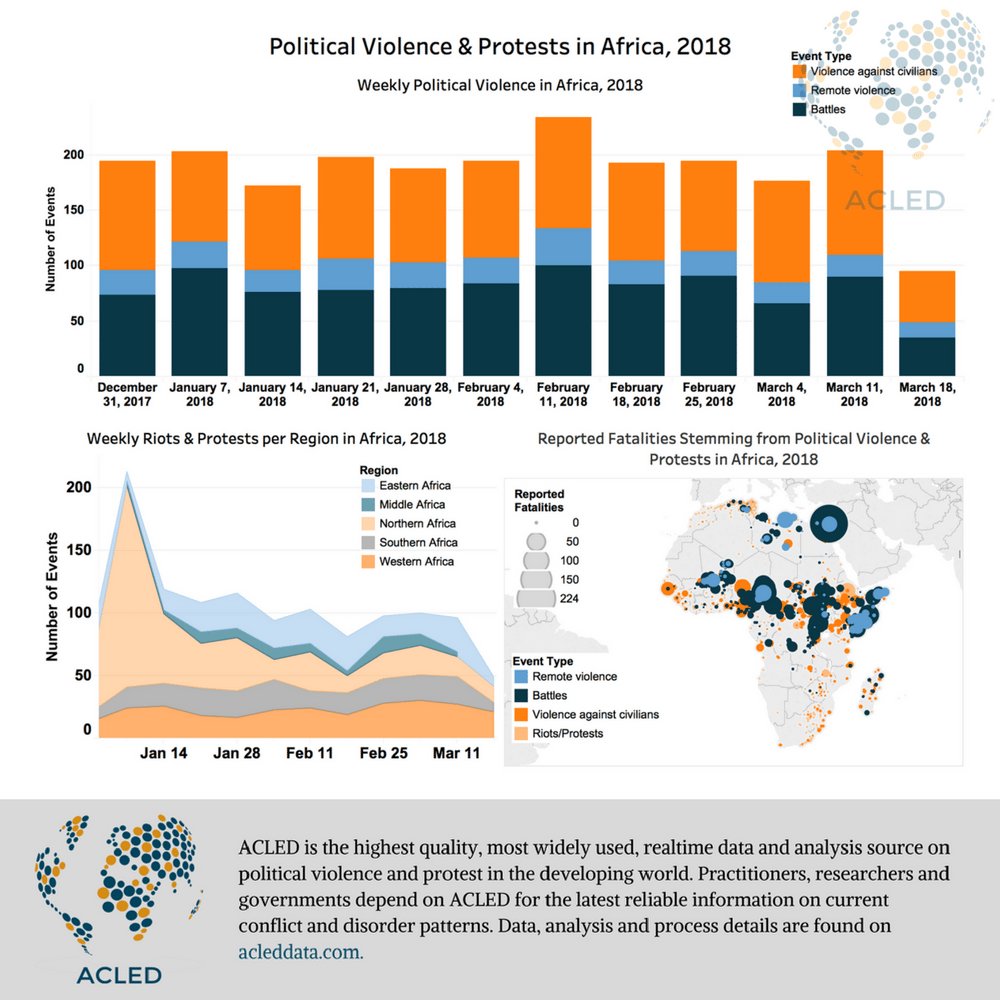