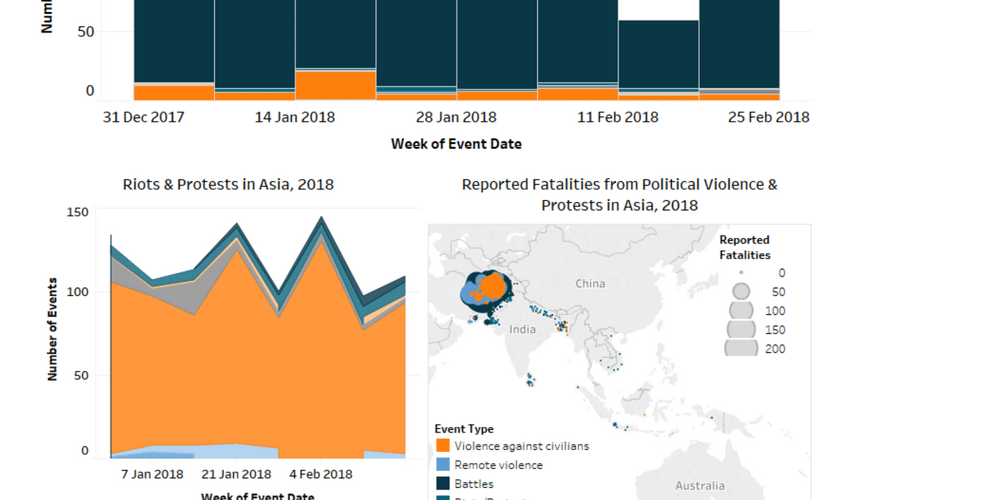 Levels of political violence events remain static across South and Southeast Asian countries, with the only exception being Afghanistan.

In Afghanistan, events of political violence spiked by over 38% while the overall fatality count dropped by almost 40% last week compared to the previous one. Notably, Islamic State militants conducted three attacks – two of which were suicide attacks – on large gatherings of civilians in Afghan urban centres. The attack with the most fatalities took place during the Persian New Year celebrations at a Shiite shrine in Kabul on 21 March which left over 30 civilians dead (Associated Press International, 21 Mar 2018).

Protest levels remained static in most South and Southeast Asian countries, with the exception of Pakistan. The number of reported protest events increased by 25% in Pakistan this past week compared to the week before. Pakistan’s Sindh province remains a hotspot for protest movements with over 70% of all protests being reported from Sindh. 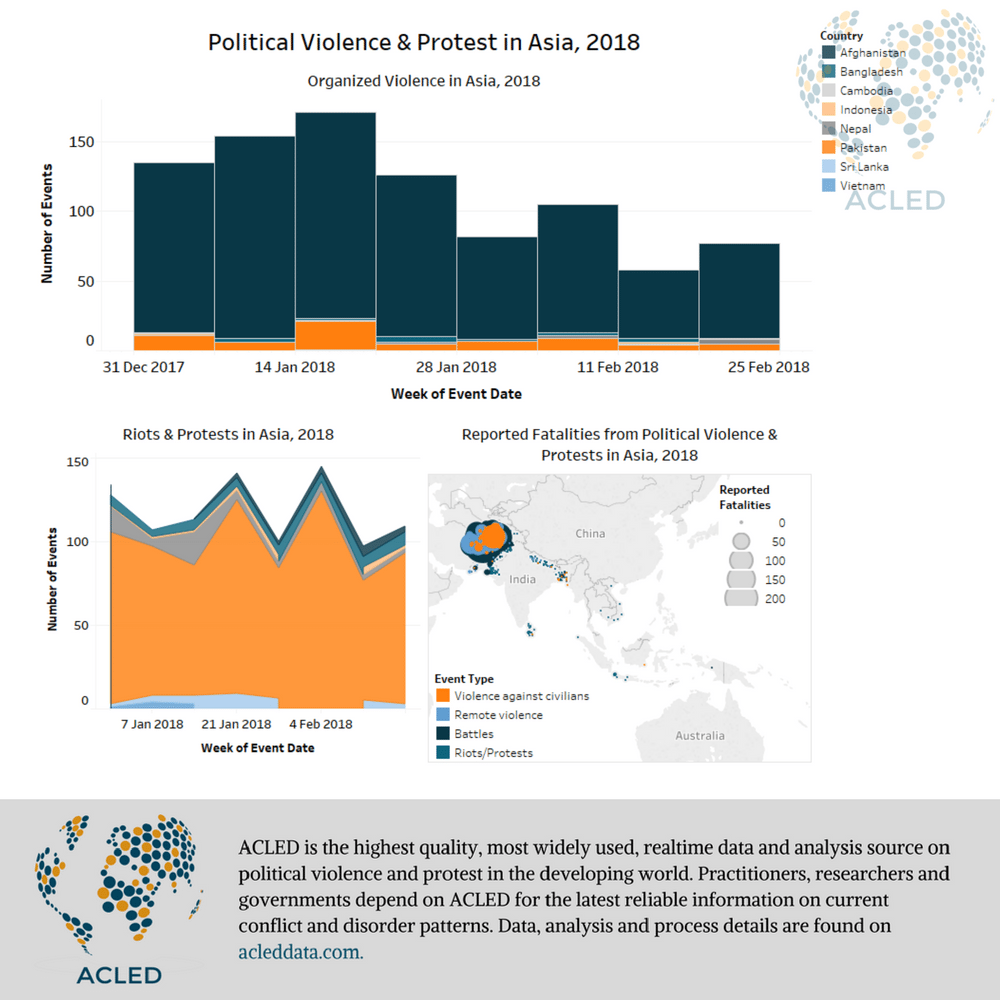