Al Shabaab on the March? 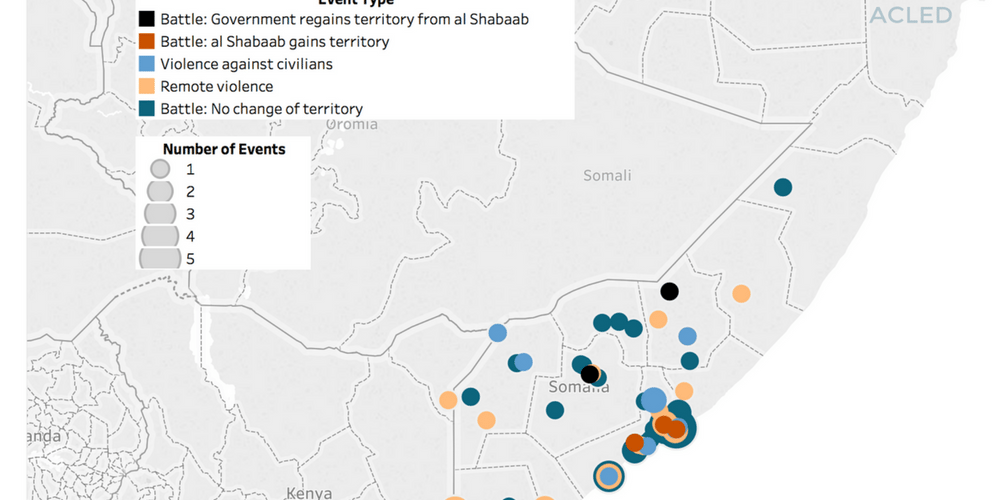 Al Shabaab’s Gedo State forces have resumed forays into Kenya over the last two weeks. This development is particularly notable, as kinetic activity by the group has been dormant in Kenya since early March. Instances of Kenya-based violence have targeted civilians and military personnel alike, although al Shabaab has avoided confronting armed resistance directly over this period. Non-local quarry workers were attacked on 3 May (Daily Nation, 4 May 2018), and a remotely triggered IED targeted a military patrol less than a week later (Somali Memo, 8 May 2018). These attacks were both in north-eastern Mandera County, on the Somali border. However, a broader organizational presence along the border zone is beginning emerging. In April, Al Shabaab overtook a Jubaland force position at Degelame, a village in Garissa County, thereby expanding the possibility for attacks this county.
In addition to the resumption of Kenya attacks this month, Al Shabaab has also succeeded in capturing further targets in Somalia. The Mogadishu suburb of Kahda was captured on 10 May (Calamada, 10 May 2018) and the Qoryooley District, in adjacent Shabeellaha Hoose, was seized the following day (Calamada, 11 May 2018). Both attacks are within the Mogadishu periphery, however there has been no further evidence to indicate that there was a coordinated operational offensive. 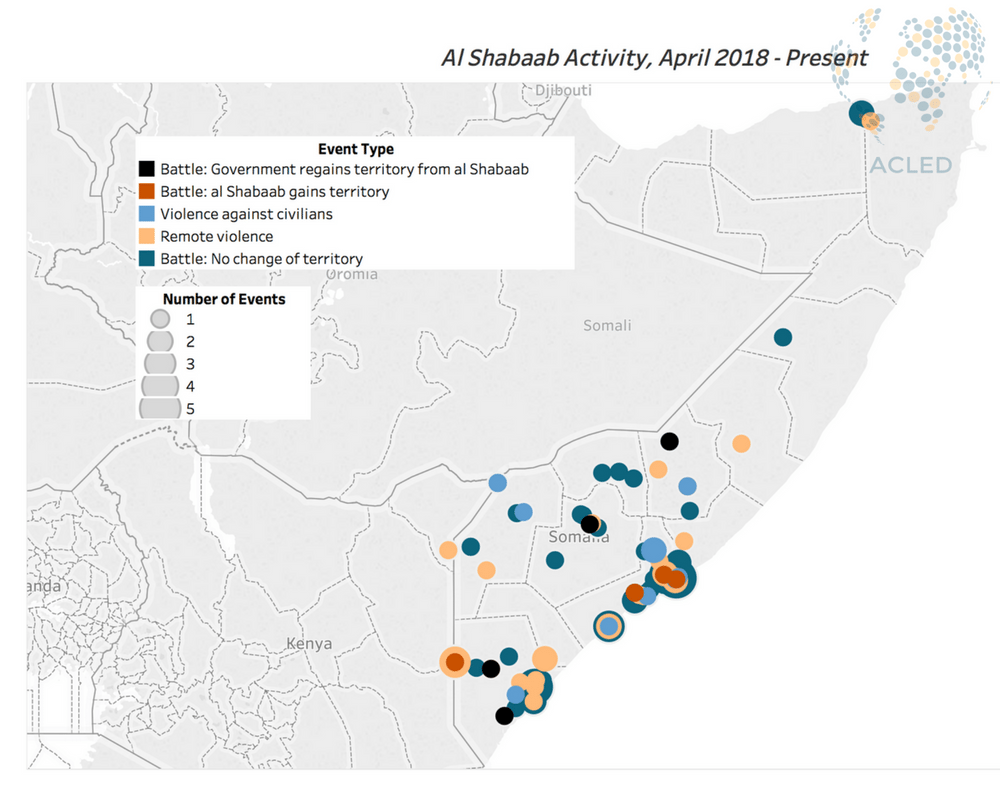