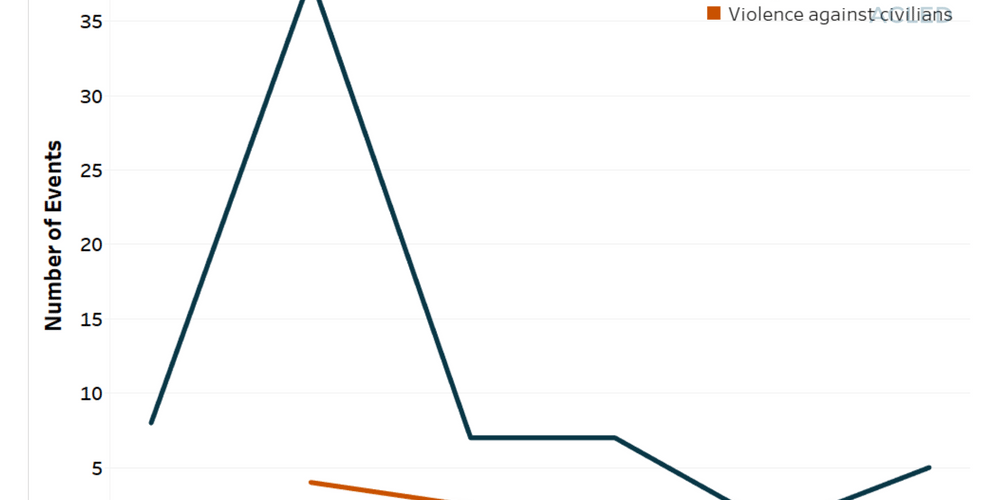 This year, the number of riots and protests in Sudan has increased significantly. In January 2018, the country witnessed a high peak of 42 demonstrations. The period from February to April was calmer, but the public demonstrations have increased again in May and continue this week (see Figure 1).
The rising number of protests is not a great surprise. In fact, economists predicted in December 2017 that Sudan would face a serious fuel crisis following the final decommissioning of the Port Sudan refinery and the shutdown of El Jeili refinery for maintenance in early March (Radio Dabanga, 13 December 2017). Previously an exporter of oil, Sudan began importing oil in 2011, when it lost the oil fields located in South Sudan. Since 2011, the value of the Sudanese pound has dropped drastically and the government struggles to import the quantities of fuel needed to cover consumption and refinery activities (Reuters, 24 April 2018).
In January, and again over the past week, there have been protests against rising fuel and commodity prices (Radio Dabanga, 14 May 2018). The fuel crisis has interrupted public transport and paralysed the harvest, as farmers lack diesel to run tractors and irrigation pumps. The resulting scarcity of basic commodities has led to rapid inflation (Radio Dabanga, 6 May 2018).
So far, most of these demonstrations have been peaceful, but there have been some confrontations with the police, such as the clash near the Presidential Palace in Khartoum on 16 January (Sudan Tribune, 17 January 2018). As the crisis continues, however, demonstrations risk becoming more violent. In fact, an officer of the Economic Security Service was killed on 19 May, as he disputed with a civilian over the distribution of fuel at a petrol station in El Geneina (Radio Dabanga, 21 May 2018).
Lack of clarity about the reasons behind the scarcity are provoking public anger. After suffering from power outages and high prices of water for weeks, hundreds of Western Kordofans protested on 20 May against the alleged manipulation of the fuel and sugar quotas, demanding that the authorities disclose the exact quotas of subsidized fuel set by the government to operate the power and water stations (Radio Dabanga, 21 May 2018). On 17 May, three members of the opposition Sudanese Congress Party (SCP) were arrested for distributing leaflets on the fuel crisis and protesting against the tightened fuel distribution policies (AllAfrica, 20 May). Although the protest levels are currently low compared to January’s peak, the authorities risk significant unrest if they cannot bring the protests under control. 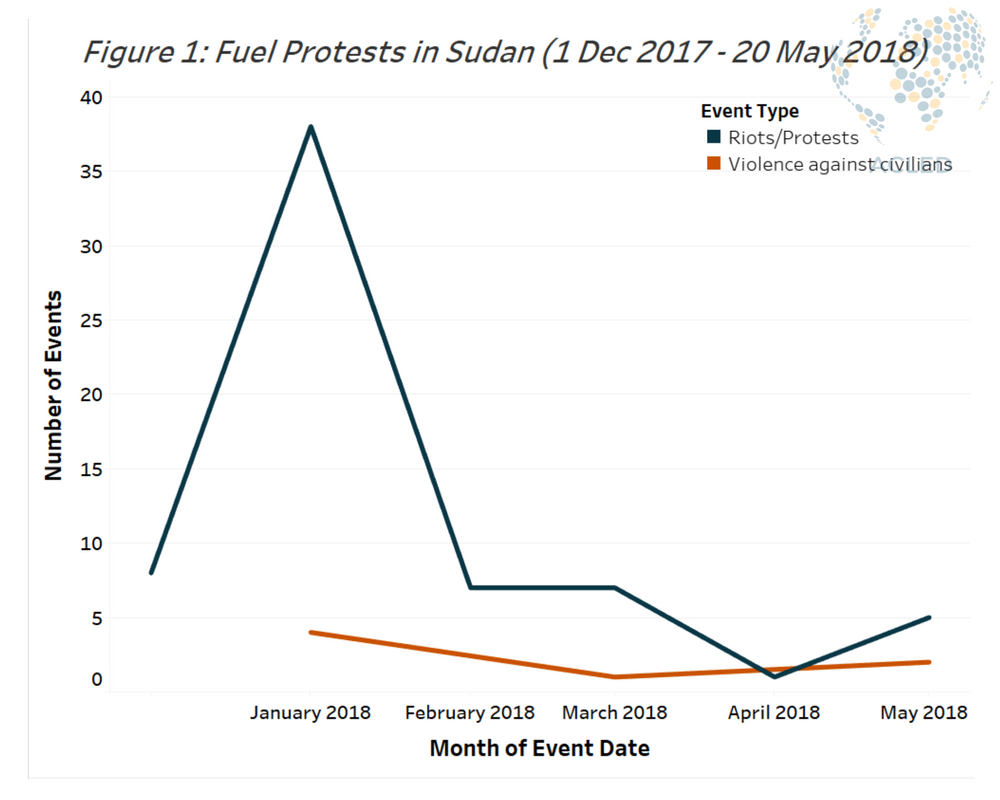 Laura Kokko is an Africa Researcher with ACLED following the political violence and protest events in South Sudan and Sudan. She holds Master's degrees in Anthropology (University of Helsinki) and International Relations (Paris Institute of Political Studies) and has worked in the fields of arms control and Security Sector Reform (SSR) in Africa.