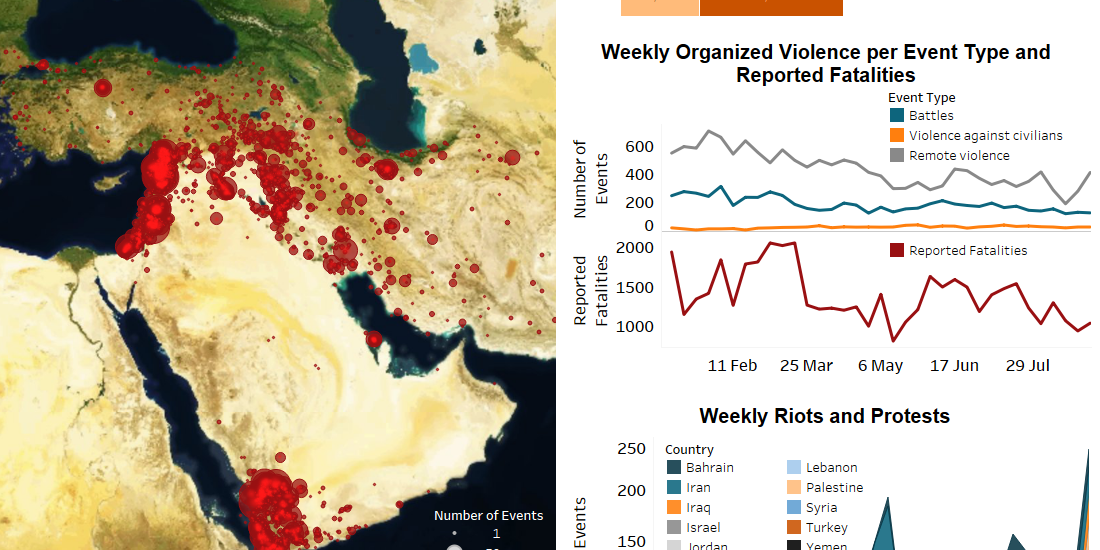 General unrest and demonstrations increased last week throughout the Middle East region as a result of ongoing economic and security issues. This includes in Yemen as well, where armed conflict continues following failed peace talks. The Hamas-Israeli ceasefire has also seemingly failed, with airstrikes occurring once again along the Gaza border. Meanwhile, in Syria, the expected large-scale regime offensive in the northwest has yet to occur, although both regime and Russian forces have begun air and artillery strikes in the area.
In Israel and Palestine, it appears that peace talks between Hamas and the Israeli government have fallen through. This latest truce between the two groups had been the most successful in recent months, lasting since 11 August 2018. However, last week, Israeli airstrikes targeted Hamas outposts in Gaza once again, and Hamas has threatened to begin launching incendiary kites into Israel – a tactic allegedly non-affiliated groups have been using for months. However, the failure of the talks has also shed light on tension between Hamas and the Palestinian Authority (Asharq Al-Awsat, 9 Sept 2018). Meanwhile, border demonstrations as well as clashes between Israeli settlers and local Palestinians are expected to become more frequent and violent as the dispute continues and as the US government cuts approximately $200 million in aid money to the Palestinian territories (Reuters, August 24, 2018).
In Iraq meanwhile, riots and protests have escalated significantly in Basrah governorate over the past week. 10 people have been reportedly killed in clashes between demonstrators and Iraqi security forces in Basrah city itself. Rocks and flaming objects have also been hurled at the provincial headquarters in the city as demonstrators continued to demand better government services. Demonstrators also set fire to the Iranian consulate and party offices with links to Iran. Throughout Iraq, continued Iranian interference in the politics and economics of the country have led to greater backlash during the recent demonstrations (Al Jazeera, 10 September, 2018).
Meanwhile in Erbil governorate, Iranian military forces launched two artillery attacks against both Democratic Party of Iranian Kurdistan (PDKI) offices in Koisnjaq, and several villages in the Bradost region. In the former, 14 people were reportedly killed. A similar remote attack on PDKI positions in Iraq was reported on 18 July 2018.
In Iran itself, labour protests have continued at a similar rate, with a 2 September national truck strike against low fares and high expenses presumably worsening the situation. Additionally, 6 members of the Kurdistan Free Life Party (PJAK) were reportedly killed by Iranian security forces in the Kamyaran region of Kordestan province. This was allegedly the same group which had reportedly killed 10 Iranian border guards in Dari of the same province last July. PJAK shares many of its resources and leadership with the Kurdistan Workers’ Party (PKK) in Turkey.
Meanwhile, the conflict between Turkish security forces and PKK militants continues in the Southwest Turkey. Kurdish sources last week also reported a PKK attack on Gendermarie forces in the Black Sea coastal province of Giresun, far outside of the traditional theatre of the war.
In northwestern Syria, the large-scale regime offensive has yet to fully start. An increase in violence is nevertheless visible as regime and Russian forces – in what may prove to be the start of the offensive – have started their campaign of air attacks and shelling on 7 September. In response, rebel and Islamist factions have shelled Jurin camp, as well as targeted regime forces in the al-Ghab plains and regime infrastructure in Tweini. Regime positions in the villages of Salanfa and Qardaha on the outskirts of Lattakia have also been shelled. Meanwhile, regime reinforcements continue moving into Hama, Lattakia and Idleb.
In the rest of the country small-scale hostilities continue. In the Tlul al-Safa and Deir-ez-Zor areas, clashes were reported between regime forces and Islamic State militants. In Idleb, an HTS commander was assassinated whereas the YPG clashed with Operation Olive Branch fighters in the Afrin district of Aleppo governorate. Finally, Coalition strikes were reported against regime targets in Deir-ez-Zor, while both regime and Iranian facilities were reportedly hit by Israeli airstrikes in Hama and Tartus, respectively.
In Yemen, anti-Houthi forces renewed their offensive on the districts south of the western port city of Al-Hudaydah, as the Geneva peace talks concluded in failure. Advances were also reported in the northwestern governorates of Hajjah and Sa’dah. As well, mass demonstrations took place across southern Yemen in response to soaring inflation and the government’s perceived ineffectiveness. In Ad Dali governorate, police reportedly shot and killed one person during a peaceful protest in Qa’atabah district. 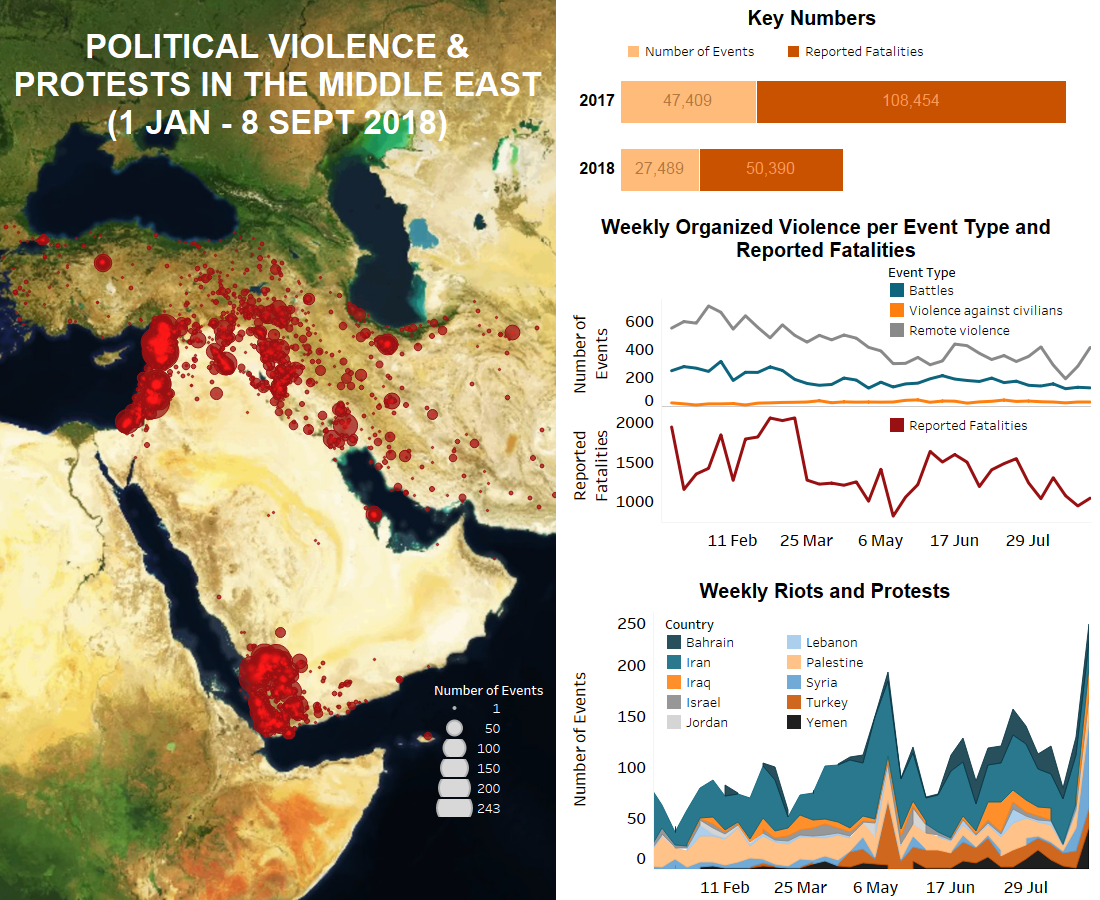