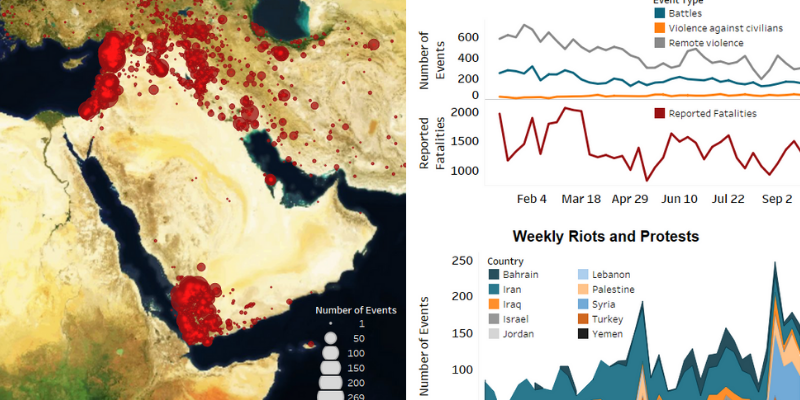 Throughout the Middle East last week, rates of political violence have remained relatively unchanged compared to the week prior — with the exception of Israel and Palestine, where reports of increased casualties and instances of cross-border violence signal a lack of diplomatic progress. In Turkey and Iraq, fighting against militants continued, while in Iran the economic situation was met with more labour strikes and demonstrations. In Syria and Yemen, operations progressed along their respective front lines, while in the former a deal brokered by Turkey and Russia concerning a demilitarized zone is being disputed by some rebel and Islamist groups involved.
In Gaza, nine Palestinians were reportedly killed during clashes with Israeli security forces last week, seven of which occurred on September 28 alone. This increase in casualties coincides with an increase in cross-border airstrikes and incendiary device attacks by both Israeli forces and unidentified groups in Gaza (for more on the Gazan conflict, see this recent ACLED piece). A delegation of both Hamas and Palestinian Islamic Jihad (PIJ) headed to Cairo last Saturday to continue peace talks with Israel; however, the rift between Hamas and their West Bank rival, the Palestinian Authority (PA), threatens to worsen the economic conditions that are fueling the unrest in Gaza (Times of Israel, 29 Sep 2018).
In Iraq, masked gunmen reportedly shot dead one of the leaders of the Basrah demonstrations, Soad al-Ali, outside a supermarket in the provincial capital on September 25. Popular demonstrations have been ongoing throughout Basrah and neighbouring governorates for several months, although they have lessened in severity in the latter half of September.
Meanwhile, a large number of IED attacks targeted civilians in Baghdad city last week. The attacks were later claimed by the Islamic State (IS), although their reports of heavy casualties were not corroborated by local sources.
In Iran, hundreds of truck drivers across dozens of cities joined a prolonged nationwide strike to protest against rising costs, low income, and high spare parts prices. This marks the second round of strikes by truck drives in the last three months. The sharp depreciation of the Iranian currency in the past few months has contributed to the rising prices of parts and supplies for truckers. Meanwhile, general labour demonstrations also continue throughout the country, although not to the same extent as seen in past months.
Furthermore, the Islamic Revolutionary Guard Corps (IRGC) announced on September 28 that it had killed four militants who had slipped into Iran from Pakistan in order to carry out an attack. An IRGC commander identified the militants as belonging to Jaish al-Adl (the Army of Justice), and said its second-in-command was among the dead. Jaish al-Adl is a Sunni armed group that has carried out several attacks on Iranian security forces, officials, and civilians, mainly in Sistan and Baluchestan province. At the same time, approximately 300 Arab Iranians were arrested last week in Khuzestan province in connection with an armed attack on a military parade on September 22.
In Turkey, fighting continued between Turkish military forces and the Kurdistan Workers’ Party (PKK) in the southeastern provinces. In Siirt, Turkish forces launched a new operation into Baykan district, reportedly killing 3 PKK militants there.
Meanwhile, in Sanliurfa, a demonstration against Syrian refugees settled in the city led to the the damaging of several Syrian homes and shops before police intervened. Earlier in the month, on September 5, a similar riot broke out in Elazig town following reports of a refugee attacking a merchant.
In Yemen, pro-Houthi forces tried several times to retake the strategic Kilu 16 junction, linking Hodeidah with Sana’a, but failed to do so against stiff resistance by the National Resistance Forces, commanded by the Giants Brigade. Facing these attacks, the latter could not make significant advances towards Hodeidah city center, resulting in a stalemate.
Intense fighting also ignited along the battlefront in mountainous Baqim district of Sa’dah governorate, where pro-Hadi forces managed to gain control over several strategic hills. Fighting also continued in Bayda, Hajjah, Taizz, and Al-Jawf governorates.
Meanwhile, in south Yemen, currency traders in several cities went on a 3-day strike to denounce the deteriorating exchange rate following the depreciation of the rial over the last few weeks. Tensions also ignited in eastern Mahra province, where anti-Saudi protests were organised following an arrest warrant targeting the former deputy governor and the proposed Saudi pipeline project.
In Saudi Arabia’s Eastern province, three Shiite dissidents have been killed by security forces in a shootout in Qatif city after they resisted arrest — a rare occurrence in the tension-fraught region.
In Syria last week, several rebel and Islamist factions started to withdraw from the demilitarized zone agreed upon between Turkey and Russia, among them the National Liberation Front (JTW), whose convoys were seen withdrawing from areas in the southern countryside of Idleb governorate. On the other hand, both Hurras al Deen and Ansar al Din Front released a statement rejecting the Turkish-Russian agreement and announced that they would not withdraw from their controlled areas in the Idleb and Lattakia countrysides. This rejection of the deal indicates a possible future confrontation between these two factions on one side and the other rebel and Turkish-backed factions on the other.
Meanwhile, the Syrian Democratic Forces’ (QSD) military operation against IS’ last enclave on the eastern bank of the Euphrates river continued moving forward. Clashes were reported between QSD forces, supported by Global Coalition air and ground forces, and IS militants along the front line extended between the village of upper Baghouz and Hajin. By the end of the week, QSD forces controlled several villages in the southern part of the enclave.
Lastly, major protest demonstrations continued for the fifth week in row in at least 59 locations across Idleb, Hama, and Aleppo governorates. The protesters demanded the release of Syrian detainees in regime prisons and an end to the Russian-regime offensive in the area. 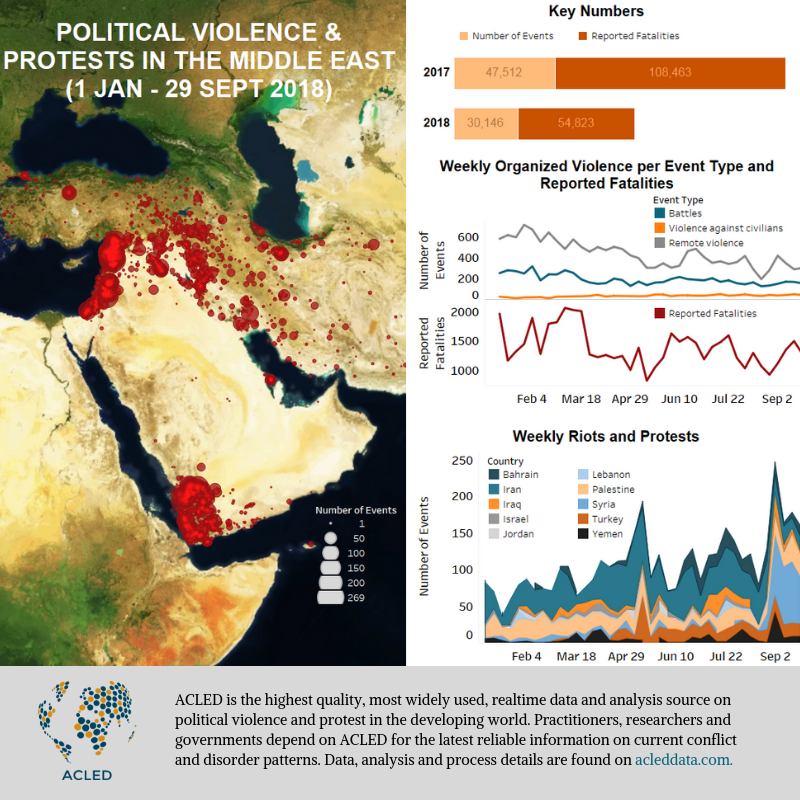