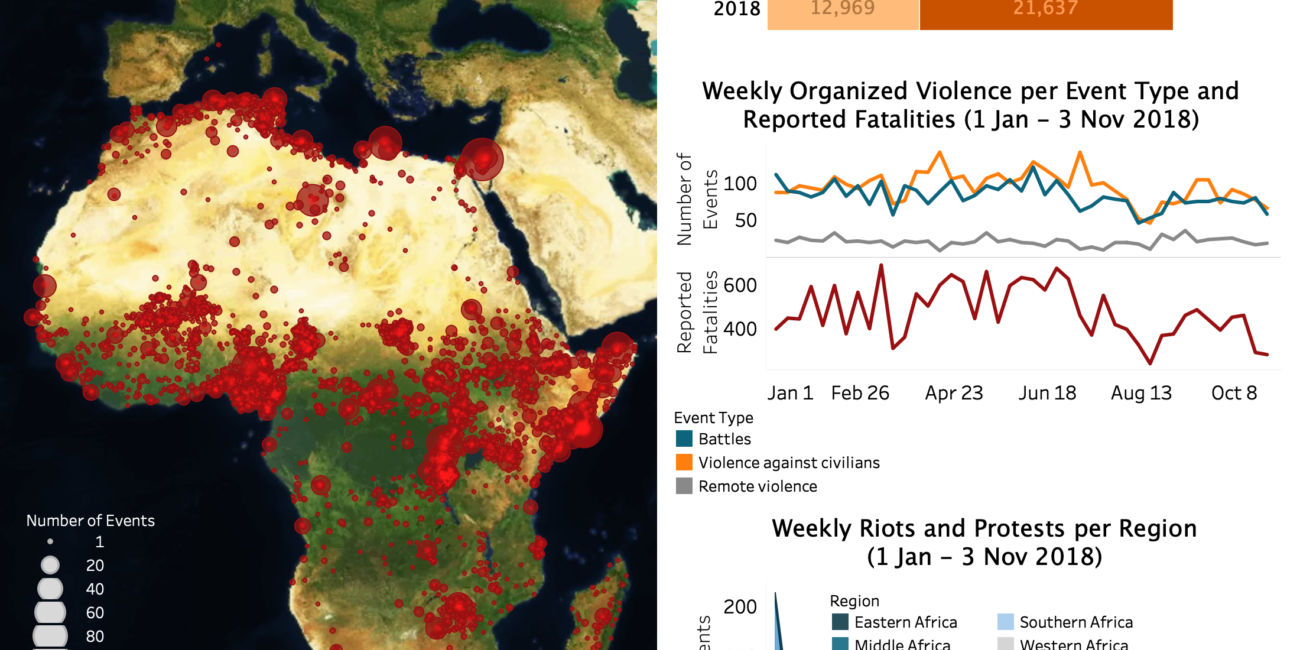 Key developments in Africa in the week of October 28th highlight the rise in Islamic State activity across Africa, persistent security threats in Tunisia and an escalation of the repression against members of the Islamic Movement in Nigeria.
In October 2018, activity by Islamic State militants across Africa reached peak levels as recorded in the ACLED dataset. The dense activity by the militants across Northern, Western and Eastern Africa is likely to continue.
In Egypt, Islamic State militants have been detonating IEDs against army vehicles with increasing frequency over the past two months, mostly in the Al Arish, Shaykh Zuwayd and Rafah areas of North Sinai. At least 16 explosions were reported in October compared to 12 in September and four in August. Last week, they also claimed a major attack on Coptic Christians near the St. Samuel Monastery in Minya, which left at least seven people killed. The group had perpetrated a similar attack in the same location a year and a half before, on May 26th, 2017, which left nearly 30 people killed. These attacks contrast Egyptian Ministry of Defence reports that suggest continued progress in its campaign to eradicate the militants through “Operation Sinai 2018”: last week, authorities reported killing nearly 20 militants in recent operations in Central and North Sinai, and arresting 129.
In Libya, Islamic State militants are relatively less active but last week, they launched several organised attacks on the Libyan Haftar forces in the town of Al Fuqaha (Al Jufrah) over October 28-29th. On the first day, they raided and burned a police station, and killed four people and abducted ten (mostly policemen). The next day, they detonated a car bomb and launched an armed assault against the Al Fuqaha access road checkpoint manned by Libyan forces and Chadian mercenaries from the Front for Alteration and Harmony in Chad (FACT). The militants detonated another IED against forces south of Al Fuqaha soon after. Similar attacks by the militants in Al Fuqaha in late August 2017 had led to retaliatory US airstrikes against the group.
Key incidents were also reported last week in Tunisia and Nigeria.
In Tunisia, a woman blew herself up in Tunis on October 29th, wounding 20 people including 15 policemen and 5 civilians. The attack represented the first female suicide bombing in Tunisia and the first high-profile event in the capital since the Presidential Guard bus bombing in November 2015. Although the overall levels of organized violence in Tunisia this year are half the levels of  2017, violence involving groups like the Soldiers of the Caliphate and the Okba Ibn Nafaa Brigade is on the rise. Therefore, the attack in Tunis last week came as a reminder that important security threats remain to be addressed in Tunisia. This is especially critical as the next presidential and legislative elections are due to be held in 2019.
In Nigeria, protests by Shia Muslims of the Islamic Movement (IM) to denounce the continued detention of their leader, Zakzaky, turned violent last week. At least 42 people were killed, 120 injured and hundreds arrested in two days of violence between IM demonstrators and security forces, on October 27th and 29th. In both cases, the protesters were said to have thrown stones at the police for preventing them from proceeding with their demonstrations, while the security forces responded with live fire, leading to high casualties. The IM protests have significantly reduced since Zakzaky was charged with murder last April, but they have also become more violent on all sides. Meanwhile, Boko Haram fought the Nigerian forces in various areas of Borno state. In Gashigar, the IS-aligned Boko-Haram Barnawi faction attacked a military base over two days. Later in the week, on October 31st, Boko Haram militants launched a series of attacks on civilians in the Konduga LGA, notably on IDPs who were fleeing the violence, leaving at least eight people killed. All activity is likely to continue and escalate further. 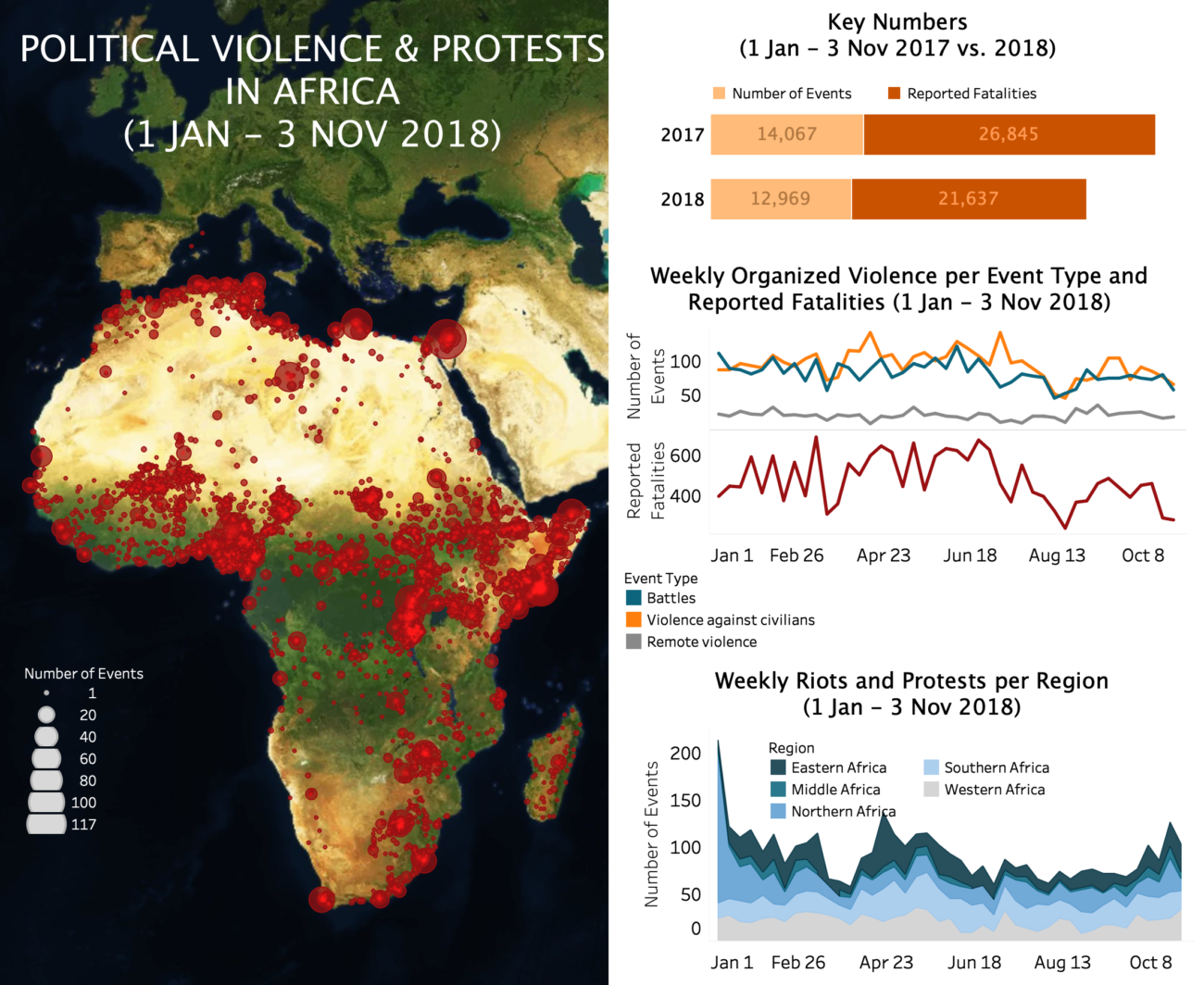