Suicide Bombings against Civilians and Government Targets in Africa, the Middle East, and Southern Asia

Connecting to other work

Suicide bombings are frequently deployed as a terror tactic and are used to stoke fear in civilian populations. Suicide bombings are often described as a ‘weapon of the weak’ because they are relatively low cost and result in high numbers of fatalities relative to other types of attack (Annual Review of Political Science, 2015; The Atlantic, June 2003 ). ACLED data demonstrating an increase in suicide bombing by the Islamic State (IS) in Iraq and Syria as well as Boko Haram in Nigeria following territorial losses suggest that suicide bombings may be a reaction to battlefield losses or declining organizational strength.
While the high rates of suicide bombings in countries like Iraq and Afghanistan may support explanations that connect suicide bombings to efforts to end foreign military occupation (Pape 2005), ACLED data also demonstrate that high rates of suicide bombings still occur in countries like Nigeria and Pakistan, where there is no foreign military occupation. ACLED data also suggest that suicide bombings may not be a tactic to expel foreign forces, given the relative rarity of attacks on such targets. The relative infrequency of such attacks may also be a result of the difficulty of accessing such targets, which are generally better protected than civilian targets or even domestic government targets. 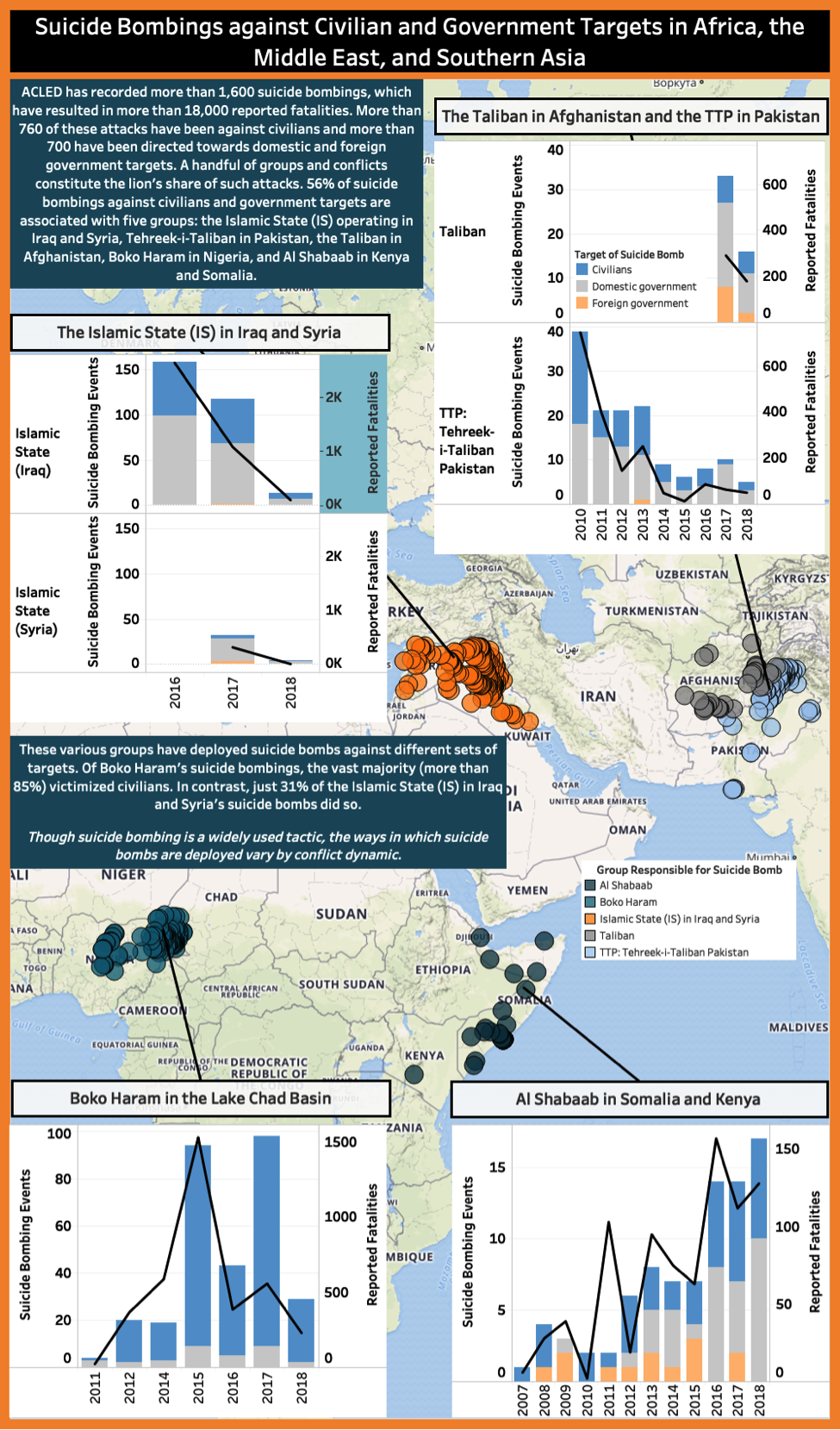