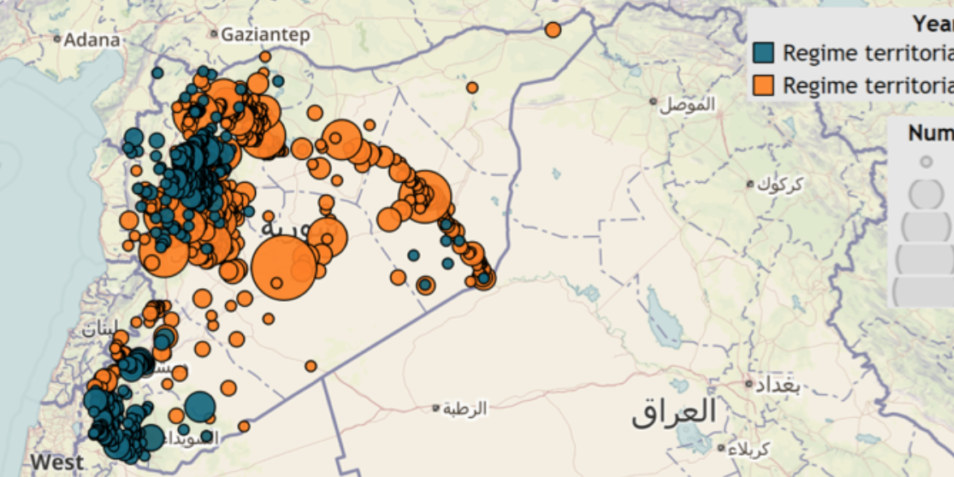 22 March 2019: Eight years into the Syrian Civil War, the country remains one of the deadliest places for civilians according to data collected by the Armed Conflict Location & Event Data Project (ACLED). While overall conflict levels have steadily declined as the Bashar al-Assad regime has consolidated control over regained territory, ACLED has continued to record thousands of reported fatalities from direct attacks targeting civilians through the end of 2018, with nearly 500 reported so far this year. Regime forces have gradually intensified their bombardment of the demilitarized zone (DMZ) around the last rebel enclave in Idleb, violating the ceasefire agreement and reportedly killing a record number of civilians just last month. The DMZ is now poised to collapse entirely — putting millions of civilians at an even greater risk of violence.

1Fatality numbers are frequently the most biased and poorly reported component of conflict data. While ACLED codes the most conservative reports of fatality counts to minimize over-counting, this does not account for biases that exist around fatality counts at-large. Find more information about ACLED’s methodology for coding fatalities here.
2This figure includes only civilians killed as a result of direct civilian targeting. It does not include collateral civilian fatalities. As such, the number is assumed to represent an underestimate of the total conflict-related civilian fatalities in Syria.