Conflict in Eastern Europe is concentrated in Ukraine’s Donbass region, where ACLED has recorded over 1,000 battles or incidents of explosions/remote violence1ACLED classifies “Explosions/Remote violence” events as one-sided violent events including bombs, grenades, improvised explosive devices (IEDs), artillery fire or shelling, missile attacks, heavy machine gun fire, air or drone strikes, chemical weapons, and suicide bombings. If such events are reported in the context of an ongoing battle, they are instead coded as part of a “Battle” event. Find more information in ACLED’s Codebook. every month since the beginning of last year, causing more than 1,000 total reported fatalities. Though the March 2018 ceasefire agreement was followed by a 50% drop in violence, the respite was temporary: conflict spiked again in the spring, and May was the most lethal month of the entire year according to ACLED data. Ahead of the March 2019 election, protest activity rose slightly after a general decline in 2018, with a particular uptick in violent demonstrations led by right-wing nationalist groups.

Across Russia and the remainder of the region, demonstrations against the government, as well as those calling for reforms to address poor socio-economic conditions and national identity issues, dominate the disorder landscape.

Commenting, ACLED Executive Director Clionadh Raleigh said: “ACLED’s expansion makes it the most rigorous source of real-time data on political violence and protest in Eastern Europe, allowing journalists, researchers, and practitioners to investigate conflict patterns across the region — almost as they happen. From war in eastern Ukraine to unrest in Russia, the Eastern Europe dataset is a crucial new tool for mapping emerging crises.”

The State of Political Violence and Protest in Eastern Europe:

Dissent and Repression in Russia: 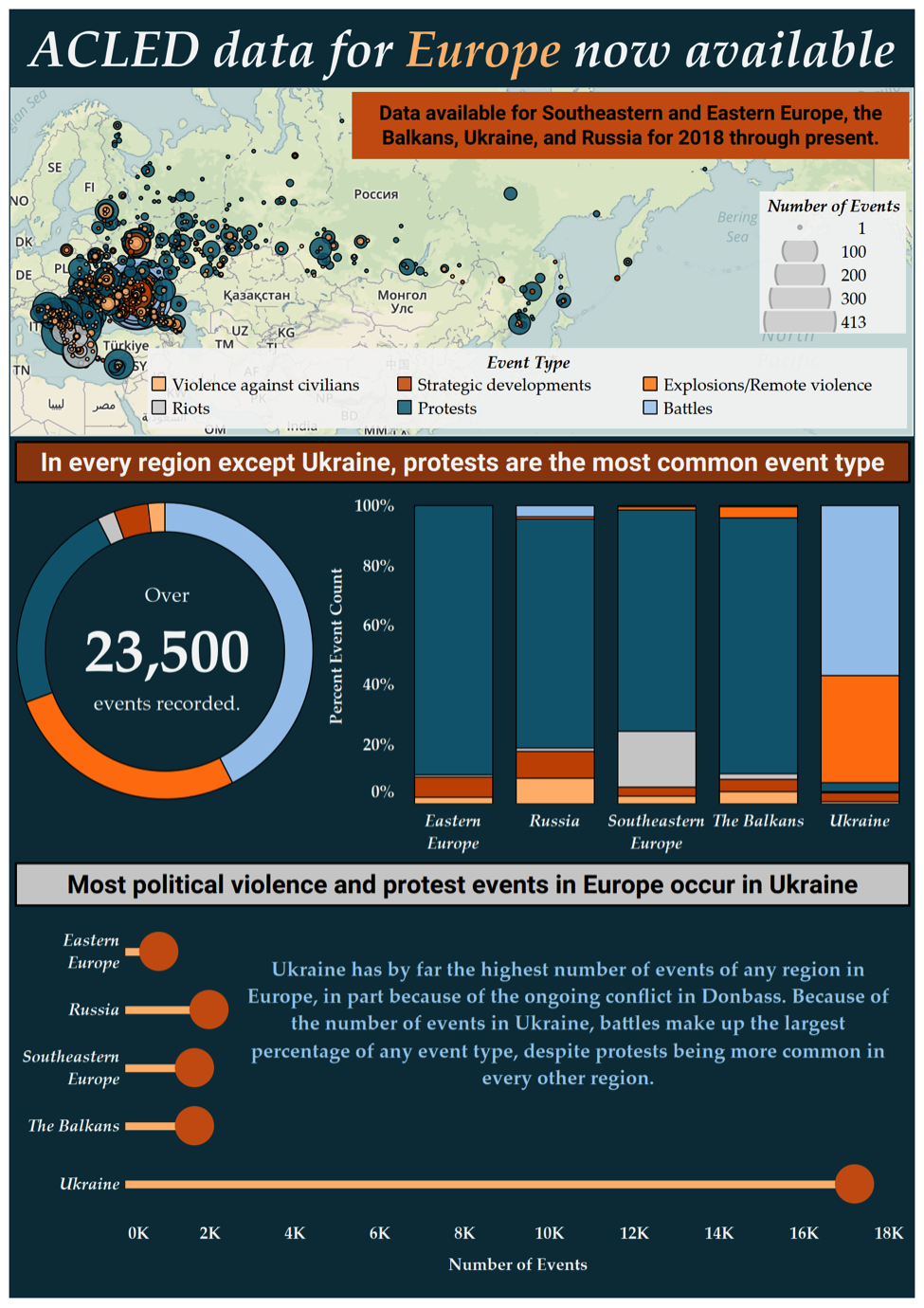