Key developments in Africa during the week of June 23rd include extrajudicial killings in Burkina Faso, a reported IED attack in the Democratic Republic of Congo, and continued Boko Haram attacks in Nigeria, while volatility persisted in the horn in the aftermath of the attempted coup in Ethiopia and continued protests in Sudan.

Burkina Faso’s military forces continued their brutal crackdown this week, reportedly executing 13 Fulani civilians in Torokoto, Kossi. In response to the growing Islamist insurgency in the country, security forces have carried out indiscriminate crackdowns, including summary executions of civilians – particularly ethnic Fulani. Instead of reigning in military abuses, this month the government passed legislation restricting coverage of military operations and militant activity. The attempted media blackout on military operations signals a likely continuation of violent crackdowns, threatening to further alienate ethnic minorities in the country.

In the Democratic Republic of Congo, the Islamic State (IS) aligned, Allied Democratic Forces (ADF) carried out a number of attacks targeting military positions in the Oicha and Beni territories of North Kivu. Notably, IS claimed ADF forces carried out an IED attack in Kasinga, marking the second reported use of explosives by the group. Prior to June 2019, the ADF had not previously used explosives in their attacks. However, as local sources have not reported the use of such devices by the ADF in recent attacks, it is unclear if the group is in fact shifting tactics or if the reports are part of IS propaganda efforts. In South Kivu, six Rwandan soldiers were killed this past week, with a Banyamulenge militia responsible for at least one of the deaths. The presence of Rwandan military forces in the Uvira territory will likely fuel tensions between ethnic militias in the region.

In Nigeria, Boko Haram carried out a number of attacks on farmers and local communities in Borno this week, killing 29 civilians. Local communities, particularly farmers in Borno are often subjected to such attacks, as the militants suspect them of cooperating with or providing information to military forces. Meanwhile, in Yobe, the group launched an attack on the military base in Goniri. However, based on intelligence reports, military forces had prepared for the attack and reportedly killed several militants. Inter-communal conflict continued in Wukari this week between the Tiv and Junkun, with Tiv militias killing a reported 20 civilians this week. Beyond a failed peace agreement between the groups, the government has done little to stem these clashes.

Following the attempted coup d’état in Ethiopia last week, General Asamnew Tsige, the man accused of being behind it, was killed by security forces on June 24th. Government forces also reported the arrest of 212 members of security forces in connection with the attack. An additional 56 members of the National Movement of Amhara opposition party were also detained, on suspicion of involvement in the attack. Such sweeping arrests of opposition members threaten to further tensions between ethno-nationalist groups. Yet, while the attacks in Addis Ababa and Bahir Dar were initially reported by the government as a combined effort, those links remain unclear. However, the government has launched a task force to investigate the attacks.

In Sudan, protests continued to be held across the country. While the majority of the protests were peaceful, security forces did intervene and disperse some of the demonstrations throughout the week, sparking concerns of how the security forces would respond to the Millions March planned for June 30th. Meanwhile, the African Union and Ethiopia have continued to mediate between the Transitional Military Council (TMC) and leading opposition. Both groups expressed support to a joint proposal this week, however, some analysts raised questions on the TMC’s support of the proposal as an effort to stem the June 30th   protests. 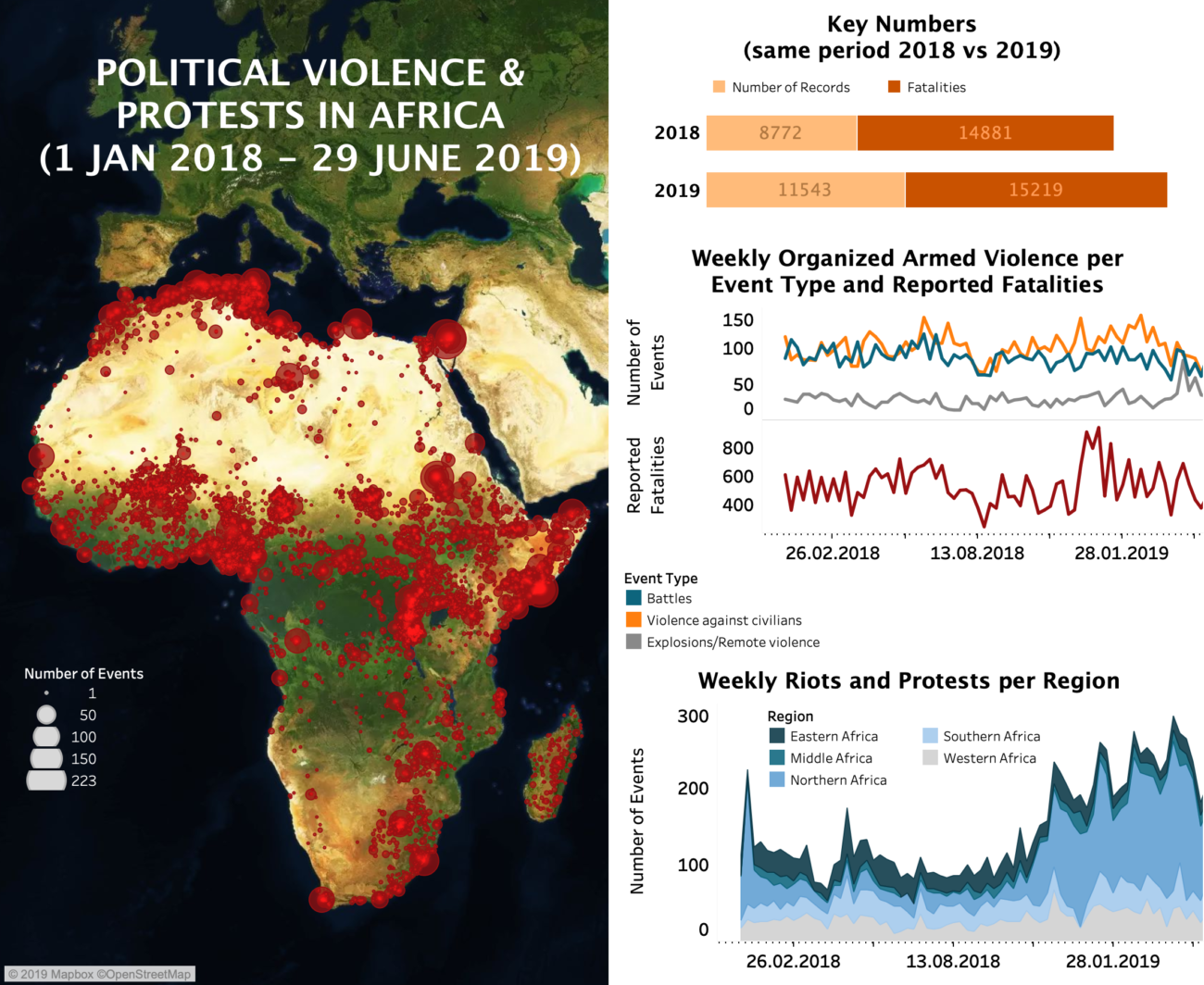