Developments in the Middle East last week included regional backlash against the “Peace and Prosperity” workshop in Bahrain, where the American economic plan for Palestine was officially presented. In Turkey and Iraq, the Kurdistan Workers’ Party (PKK) appears to be intensifying their response against the Turkish military’s attacks on PKK positions. Meanwhile, there were several updates in ongoing armed conflicts in Syria and Yemen.

The “Peace and Prosperity” workshop was a significant catalyst for demonstrations across many countries in the Middle East last week. A small peaceful protest in solidarity with Palestinians and against the US economic plan was reported in Jordan, while larger protests and violent demonstrations were reported in Lebanon and Bahrain. In Lebanon, demonstrations were led by Palestinian refugees and Palestinian groups. In Bahrain, many of the demonstrations were organized by the February 14 Youth Coalition, an opposition group to Bahrain’s monarchy named for the first day of Bahrain’s uprising in 2011. Major demonstrations were also reported in Iraq and Palestine. In Iraq, hundreds of demonstrators stormed Bahrain’s embassy in Baghdad resulting in the government of Bahrain recalling their ambassador for security reasons (Al Jazeera, 28 June 2019). In Palestine, demonstrations against the plan and Arab participation in the workshop took place across Gaza and the West Bank, leading to clashes with Israeli forces in many locations. In East Jerusalem, a 20-year-old demonstrator was reportedly fatally shot by Israeli forces. Over 100 Palestinians have been reportedly injured in three days of intense clashes (Time of Israel, 02 July 2019).

Meanwhile, throughout last week there was an increase in fires in southern Israel resulting from incendiary devices launched from Gaza. An agreement brokered by the United Nations and Egypt is meant to curb the launching of incendiary devices (Times of Israel, 28 June 2019). However, many similar agreements have been reported over the last year, none of which have held for more than a few months.

In Turkey and Iraq, a considerable increase in clashes between the military and the PKK was reported. ‘Operation Claw’ was launched by the Turkish military at the end of May to eliminate PKK strongholds in northern Iraq. In prior weeks since the launch of ‘Operation Claw,’ the PKK appeared to be playing a defensive position to maintain their strongholds in Iraq and Turkey. However, last week, there was an increase in attacks by the PKK against Turkish forces, particularly in southeastern Turkey. In the Cukurca district of Hakkari province, which borders Iraq, relatively high numbers of casualties were reported by both Turkish and Kurdish sources. Over 60 PKK militants were reported by the Turkish military to be killed, captured, or injured since the beginning of ‘Operation Claw’ on 27 May. In an unusual event, the PKK also conducted a cross-border attack on Turkish forces before withdrawing to the Iranian side of the border in Igdir province.

In Syria, battles continued between regime and rebel forces for territorial control in the Greater Idleb Area, with no reported changes. However, there was a 21% increase in regime and Russian attacks on and beyond the active frontlines in northwest Syria. Regime forces also continued to target Turkish observation points on the DMZ of northern Hama governorate, resulting in Turkish casualties. In response, Turkish forces shelled regime positions in the area and brought cross-border military reinforcements on multiple occasions. Both regime forces and the National Liberation Front (JWT) brought reinforcements and fortified their positions along the frontlines.

In southern Syria, attacks by unidentified armed groups across regime-held areas dropped to just two reported events, compared to four from the week prior. While there are still a few attacks in regime-held areas, it is important to note that they have not entirely ceased.

Finally, in Yemen, battles between anti-Houthi and pro-Houthi forces continued throughout last week, with no major escalations. Fighting was concentrated in Ad Dali’s Qaatabah district and Taiz city. Clashes in Nihm district, which have been a major area of focus in past years, have dropped off completely. Anti-Houthi forces have also drawn their resources away from the Hodeidah front, intensifying battles in Ad Dali. Shelling between Houthi and anti-Houthi forces around Hodeidah port city continued and caused several reported civilian deaths and injuries. Though shelling and skirmishes continue, direct gun battles in the area have come to a near standstill in comparison to the violence that occurred in the early months of the year.

Al Qaeda in the Arabian Peninsula (AQAP) continued its activities at an increased rate throughout the week targeting IS and the UAE-backed Security Belt. A US drone strike targeted AQAP forces in Dhi Na’im this week and killed five militants. The last US drone strike in Yemen took place in early May in Ma’rib governorate and also targeted AQAP militants.

Demonstrations in southern Yemen indicate further political fragmentation between various political groups. Demonstrators in Aden, Socotra Island, and Shabwah denounced corruption, the deterioration of security in the south of the country, and the lack of basic government functions and services. The separatist protests in Southern Yemen against Yemen’s internationally-recognized government have increased over the past few weeks as several high-profile security incidents have occurred amongst a general lack of security throughout the south of the country. 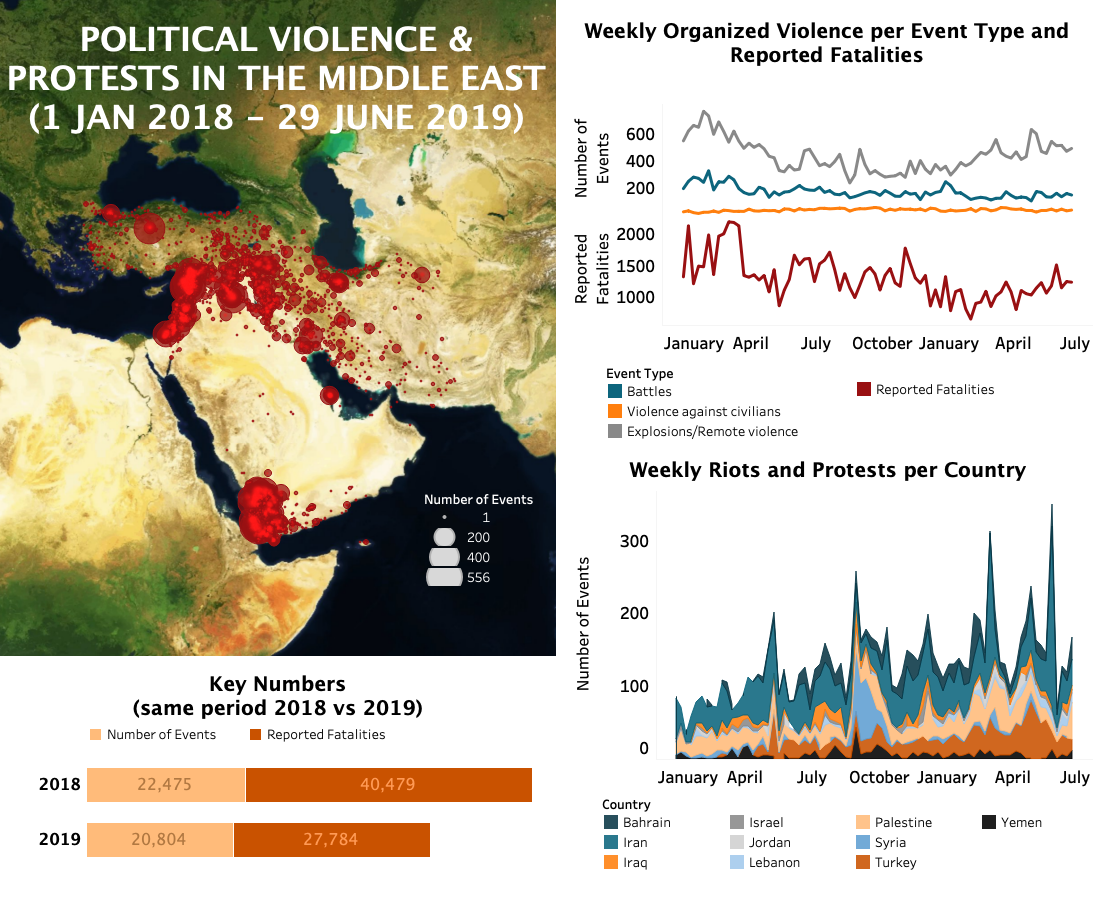