Notable developments during the week of June 30th include military offensives against militias in the Democratic Republic of Congo and Nigeria, a deadly airstrike on a migrant detention center in Tripoli, and continued inter-communal violence in Mali. In Sudan, the Transitional Military Council and the Alliance for Freedom and Change (AFC) reached an agreement for a transitional government.

Military forces in the Democratic Republic of Congo continued operations against armed militias in the Eastern provinces. In Ituri, military forces carried out operations against the Cooperative for Development of Congo (CODECO) militia, which is mainly comprised of ethnic Lendu. The group is believed to be responsible for recent attacks on Hema communities, which President Felix Tshisekedi called an ‘attempted genocide’. Military forces carried out an offensive against the militia in the Wago area. Despite these operations, attacks on civilians in the Djugu territory have persisted. They have not been on the same scale as the June massacres, but there were several attacks on civilians this week. IDPs appear to have been specifically targeted in four attacks, which resulted in 10 reported fatalities. The current unrest in the province has destabilized the relative calm it has recently achieved.

Violent attacks rose in Katsina, Nigeria this week, with a series of attacks targeting civilians. The attacks began on June 29th, with 10 villages in the Kankara local government area, resulting in 11 fatalities. Three villages in the Dan Musa area were attacked on July 3rd, resulting in 17 fatalities. While it remains unclear who the perpetrators are, the attacks signal an escalation of violence in these areas. Meanwhile, in Zamfara state, military forces launched an offensive against militias this week involving a series of ground battles and airstrikes. In Bawa, military forces killed 10 combatants. Airstrikes were also carried out in the areas of Dumburum and Munhaye, resulting in a reported 30 fatalities.

Aristrikes continue to take a toll on civilians in Libya. On July 2, an airstrike, likely carried out by Khalifa Haftar’s Libyan National Army (LNA), hit a detention center run by the Government of National Accord (GNA) for undocumented immigrants in Tagiura, Tripoli. At least fifty-three people were killed in the attack, while a reported 136 others were injured. Some reports indicate guards at the facility fired on migrants who attempted to flee the airstrikes. Approximately 300 migrants were still being held in the facility days after the attack, while evacuation efforts of the facility are on-going. With over 3,000 migrants held at such detention facilities in and around Tripoli, the frequent airstrikes on Tripoli as part of the LNA’s offensive to gain control of the city raises serious safety concerns.

In Mali, inter-communal violence between Dogon and Fulani communities persisted this week, as Fulani communities were targeted in a series of attacks in central Mali. Four Fulani villages were attacked on June 30th by suspected Dan Na Ambassagou militias. In the Fulani village of Saran, 25 civilians were reportedly killed. The militia proceeded to also set fire to homes and attack livestock in the nearby villages of Bidi and Sankoro. On the same day, a Dan Na Ambassagou militia attacked Gono village, killing four Fulani civilians. A ceasefire was signed by some elements of the Dan Na Ambassagou and Sekou Bolly, the leader of a Fulani militia, in Sevare on July 1st. However, it seems unlikely to be upheld, as communal attacks in the region continued throughout the week.

In Sudan, protests occurred throughout the country for the ‘Millions March’ on June 30th. While many cities experienced peaceful protests, security forces violently intervened in demonstrations in several cities. In Omdurman, at least five people were killed as the Rapid Support Forces (RSF), along with police, violently attacked demonstrators. The following day, three bodies were discovered in the Nile River. Despite the violent crackdown, the Transitional Military Council (TMC) and the Alliance for Freedom and Change (AFC) reached an agreement for a transitional government on July 5th. The agreement calls for a civilian and military council which will oversee a three year and three-month long transition period. The power-sharing agreement stands to resolve the political stalemate, which followed the ousting of Bashir. However, the ability to successfully transition to a civilian-led government in the long-term will largely depend on the military’s commitment to uphold the transition agreement. 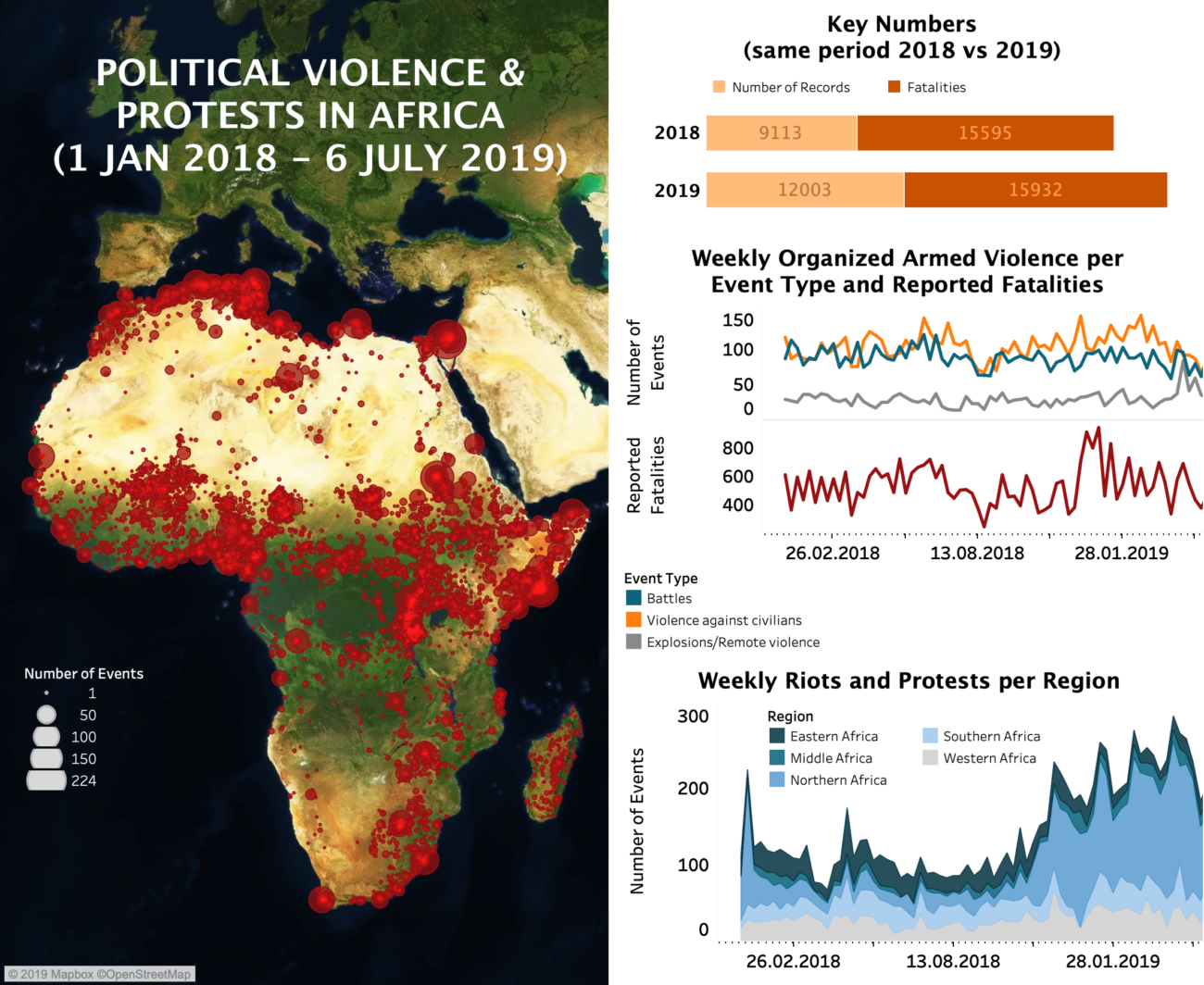