Key developments in Africa during the week of July 7th include clashes in the Central African Republic, Boko Haram activity in the Lake Chad area, a deadly attack by al Shabaab in Somalia, and violent clashes between demonstrators and security forces in Nigeria.

This week, clashes erupted in the Central African Republic’s capital city of Bangui between communal militias in the PK5 district. The predominately Muslim neighborhood is controlled by self-defense militias and is home to a large number of Internally Displaced Persons (IDPs). The district has long been a flashpoint of violence within the city. While the self-defense militias claim to protect the local Muslim community, they are often a source of violence and abuses, extorting the civilian population and fighting amongst themselves. Clashes once again erupted this week, when one militia attacked a civilian who had refused to pay an extortion. This prompted a retaliatory attack by another militia. The attack and ensuing clashes led to four reported fatalities and 26 injuries. Local peace committees sought to resolve the conflict and additional UN peacekeepers were deployed. Many had been cautiously optimistic that last month’s death of Nimery Matar (aka Force), the leader of one of the largest militias in the district, would be the end of violence. However, reports suggest that Mahamt Rahamat, Matar’s successor, was one of the parties involved in this week’s clashes. Given the lucrative extortion rackets in the district and absence of security forces, militias are likely to continue to vie for control leaving the civilian inhabitants susceptible to violence and abuses.

In Somalia, al Shabaab launched a fatal attack on a hotel in Kismayo, Jubaland. After a suicide bomber detonated himself at the gate, combatants entered the hotel. The attack resulted in 26 fatalities and 56 injured. Security forces responded, resulting in an 11-hour-long battle to gain control of the hotel. At least two of the attackers were killed during the clashes. The group has similarly targeted a number of hotels in the past. As Jubaland prepares for parliamentary elections scheduled for later this month, al Shabaab will continue to pose a serious threat to civilians and political leaders in the region. The group also continued to carry out summary executions of civilians, killing four in Jamaame on July 7th. Elsewhere in the country, al Shabaab faced a number of attacks, as international security forces continued their operations against the group, carrying out three air strikes this week.

Boko Haram continues to pose a threat throughout the Lake Chad basin. The group carried out two incursions in Northern Cameroon this past week. On July 7th, a group of Boko Haram, including some elements dressed in military fatigues attacked Zelevet, Moskota. Security forces responded and repelled the assailants towards the Nigerian border. Then during the night of July 10th, Boko Haram elements attacked Toufou, Mokolo. The assailants looted and burned at least 30 homes in the village. In Chad, the group carried out an attack on a military base in Melea on July 7th, which resulted in four fatalities. Boko Haram also remained active in Niger where they abducted eight girls from Tchoungoua this week. 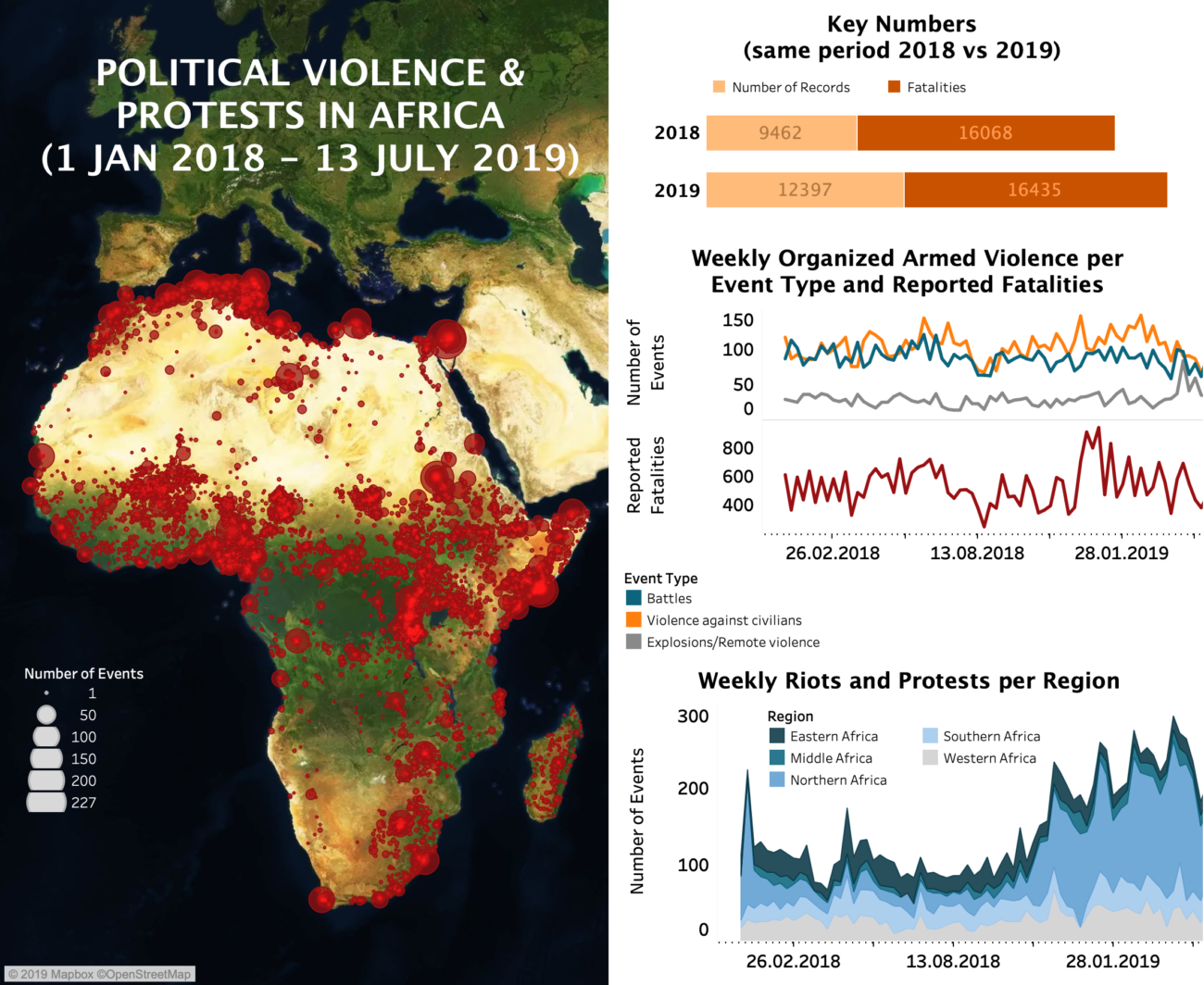