Last week, Kosovo’s Prime Minister resigned after being summoned for questioning by a war crimes court in The Hague. In Russia, anti-government protests against the exclusion of opposition candidates from the Moscow city council elections increased. In Ukraine, an agreement was reached on an indefinite ceasefire in the Donbass region starting from 21 July; nevertheless, fighting between Ukrainian government forces and separatist rebels continued, resulting in eight reported fatalities.

In Kosovo, Prime Minister Ramush Haradinaj unexpectedly resigned during a regular press conference on 19 July. This decision came after he was summoned to The Hague to be questioned as a suspect in a war crimes case. Haradinaj urged Kosovo’s President to call snap parliamentary elections (The Guardian, 19 July 2019). Serbian President Aleksandar Vucic called his actions a stunt to rally popular support, stating it would fuel ethnic tensions and stall efforts to normalise the relationship between Kosovo and Serbia (Euronews, 20 July 2019).

In Russia, the number of protests over Moscow authorities’ refusal to register independent opposition candidates for the upcoming Moscow city council elections increased, resulting in several arrests and attracting thousands of people in Moscow on 20 July (Novaya Gazeta, 20 July 2019; Aljazeera, 20 July 2019). A prominent opposition figure, Alexey Navalny, warned that more rallies would follow unless city authorities meet the calls of the protesters for free and fair local elections (RFE/RL, 20 July 2019).

The Trilateral Contact Group in Minsk reached an agreement on a prisoners of war exchange and an indefinite ceasefire in the Donbass region of Ukraine starting from midnight on 21 July (Ukrayinska Pravda, 17 July 2019; UNIAN, 17 July 2019). Though the number of ceasefire violations might decrease in the following days, fighting last week between Ukrainian government forces and separatist rebels continued with 152 armed clashes and 161 shelling incidents resulting in eight reported fatalities. 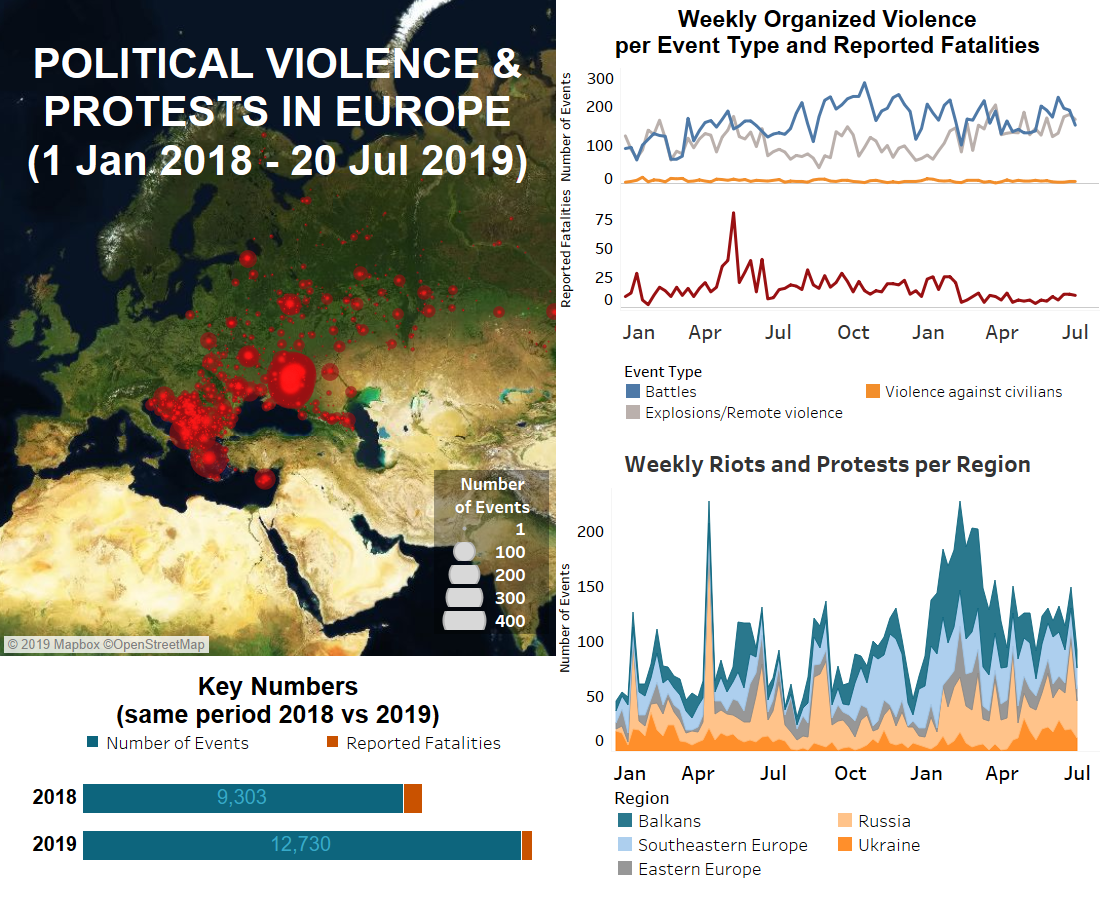