Key developments in Africa during the month of August include continued attacks by the Allied Democratic Forces on civilians and military forces in the Democratic Republic of Congo and sustained violence in the Lake Chad region and Somalia. Sudan’s political transition is moving forward despite pockets of opposition.

During the month of August, the Allied Democratic Forces (ADF) carried out several attacks on military forces and civilians in the eastern Democratic Republic of Congo. Most notably, the group abducted over 100 civilians while looting goods, hundreds of livestock, and medical supplies from Boga, Ituri on August 27th. While the group frequently abducts civilians, the scale of the abductions during this attack was significantly higher than previous abductions carried out by the group. The attack appears to have stemmed from a need for supplies, with abductees being used as porters – likely signifying diminished supplies within their bases.  The attack was also notable in that it occurred in the Ituri province, outside of the group’s regular area of operation in the Beni and Oicha regions of Nord Kivu. In May 2019 the ADF carried out a similar attack on Tchabi, Ituri where it abducted nearly 50 civilians and looted the town. However, since that attack, the majority of their activities have been concentrated in Nord Kivu. While ADF attacks on Ituri communities in the areas bordering the Beni territory are less frequent, they are at risk for larger-scale attacks involving looting and abductions.

Boko Haram carried out several attacks in the Lake Chad region during August. The group’s use of female suicide bombers continued as two women detonated themselves, killing three residents in Mafa, Nigeria and injuring eight others. In Niger, on August 24th, IS-affiliated Boko Haram forces attacked the village of Lamana, shooting and beheading twelve civilians. The group clashed with Nigerian military forces throughout the month. The deadliest reported clash occurred on August 10th, when IS-affiliated Boko Haram forces attacked a military base in Gubio, resulting in 19 fatalities- including five civilians. Nigerian security forces continued their operations against the group, carrying out several airstrikes in the Sambisa Forest and surrounding areas.

In Somalia, security forces continued to battle against al Shabaab militants. In early August, Somali military forces retook Awdheegle and Shaam from al Shabaab. However, al Shabaab attempted to retake Awdheegle and surrounding areas, resulting in several clashes. On August 14th, the militants claimed to have killed 50 soldiers during an attempt to retake the town. Al Shabaab was also targeted by US military forces, which carried out several air strikes during the month.

Pockets of protests against the military junta occurred across Sudan in early August but dissipated throughout the month as the power-sharing agreement between the Transitional Military Council (TMC) and the Forces for Freedom and Change (FFC) was finalized. On August 17th, both parties signed the agreement establishing the transitional government. While many celebrated the agreement, internally displaced persons in Zamzam, Darfur protested against the agreement which they felt failed to address underlying issues within the country. Addressing the grievances of groups opposed to the agreement, including the Sudan Liberation Movement (SLM) will be a challenge for the transitional government. Violence also persisted in the Darfur region during August. Most of the attacks were reportedly carried out by armed pastoralists, however, Rapid Support Forces (RSF) paramilitary forces carried out at least two attacks on civilians in the region, killing three civilians in Fanga on August 17th. The unabated attacks by RSF forces against civilians raise questions on the transitional government’s willingness and ability to rein in the country’s paramilitary forces. 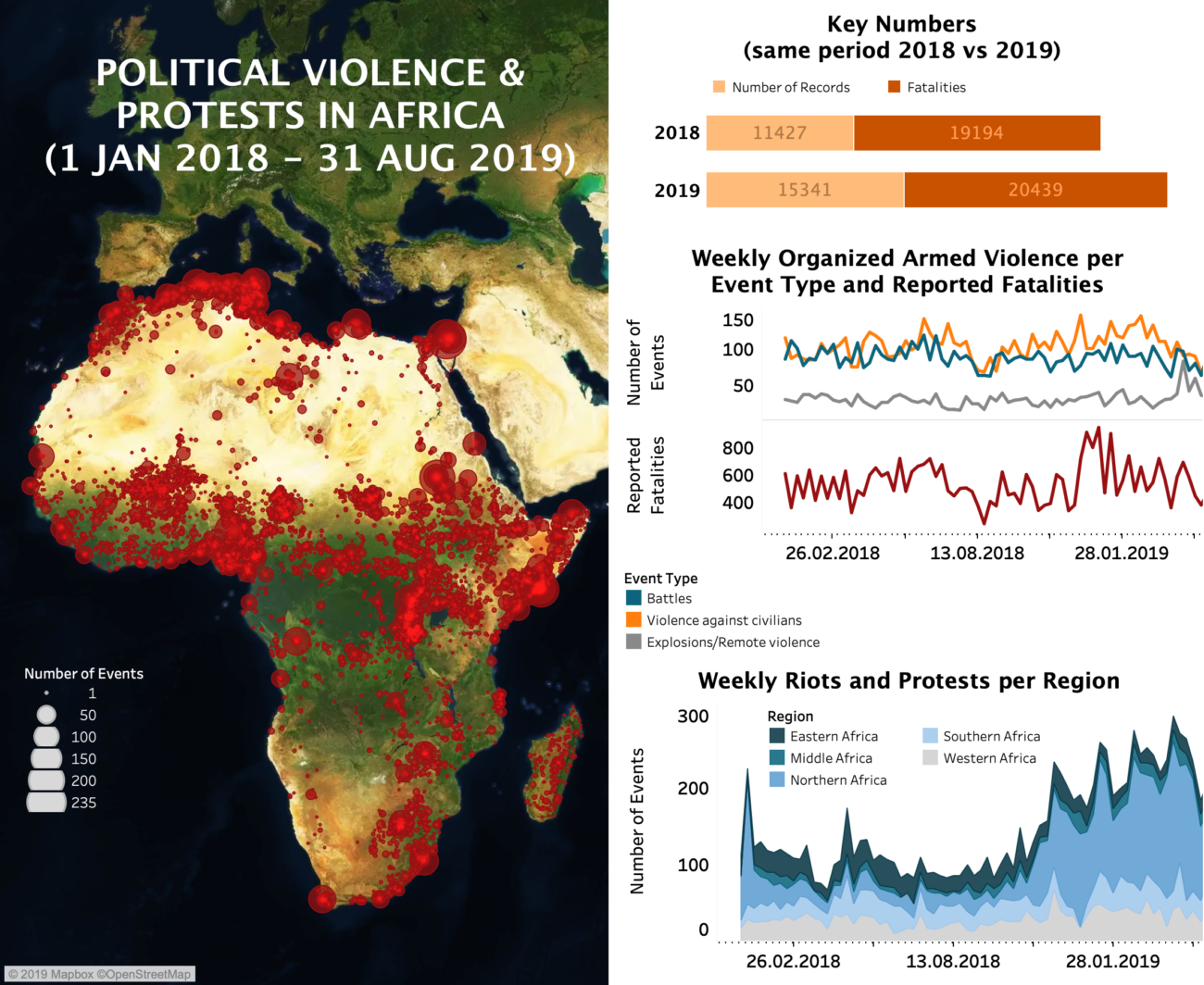