Key developments took place during the month of August in Syria and Yemen where major territorial exchanges occurred, and high numbers of civilian fatalities were reported. Islamic State (IS) activity also rose in both countries, while in Iraq, IS activity has decreased. The Israeli air force was also active in Syria, Lebanon, and, allegedly, Iraq. Finally, protests took place across Turkey after the government dismissed mayors affiliated with the Peoples’ Democratic Party (HDP) and appointed trustees in their place.

During the month of August, the conflict in Yemen escalated with major fighting reported across the Houthi/anti-Houthi battlefields. Clashes and territorial exchanges were reported in the south as the internationally-recognized government battled pro-secessionist forces backed by the United Arab Emirates (UAE). There was also an increase in Al Qaeda in the Arabian Peninsula (AQAP) and Islamic State (IS) activity in Yemen, with operations occurring against Houthi forces, Security Belt forces and each other.

Clashes in Aden ignited after a Houthi drone strike on 1 August targeted a military camp controlled by UAE-backed and pro-Southern Transitional Council (STC) Security Belt forces. In the aftermath, by 30 August, pro-STC Security Belt forces managed to take full control of Aden and Abyan, after being kicked out of Shabwah by pro-Hadi forces.

Finally, in the last week of August, a Saudi-led coalition airstrike has, according to the International Committee of the Red Cross (ICRC), killed more than 100 prisoners of war  (ICRC, 1 September 2019). This was the single most lethal airstrike for civilians within three years.

In Syria, the regime made major territorial gains in the last rebel stronghold in the country: the Greater Idleb area. The breakthrough in the northwest meant vast territorial gains: capturing over 40 locations in late July and during the month of August. This coincided with extensive regime and Russian aerial and shelling campaigns, which targeted nine hospitals and relief centers and resulted in over 180 reported civilian fatalities. Coupled with the regime’s advances, these developments have thus far resulted in the displacement of over 400,000 civilians towards the north.

Additionally, the implementation of the Turkey-US safe zone in northeast Syria is underway following several months of negotiations (Al Jazeera, 24 August 2019). As a result, Kurdish forces have begun withdrawing from the buffer zone along the Turkish-Syrian border. However, Turkish President Erdogan stated that the Turkish military is prepared to launch an operation on the border if talks with the US do not result in Turkish control of the border areas within weeks (Al Jazeera, 31 August 2019).

In Syria, IS attacks also increased against Kurdish and regime elements in eastern Syria. This indicates that IS is recovering after losing its last strongholds on the eastern bank of the Euphrates river early this year, and beginning to gather its forces again.

Despite increased activity in Yemen and Syria, in Iraq, violence has steadily declined since June 2019. Most signs point to the fact that IS appears preoccupied with rebuilding its cadres in Iraq and fighting more heavily in Syria (Musings on Iraq, August 2019). Meanwhile, ‘Operation Will of Victory’ by the joint Iraqi forces, currently in its fourth phase, has been making steady progress in regards to the killing, capture, and destruction of IS leadership and hideouts. The core of the operation began in Diyala governorate in eastern Iraq and extends to southern towns in Nineveh governorate (Asharq al-Awsat, 6, August 2019).

‘Operation Claw’ is the other major on-going offensive in Iraq. The operation was launched at the end of May by the Turkish military to eliminate Kurdistan Workers’ Party (PKK) strongholds in northern Iraq and is currently in its third phase. In the crossfire, several Kurdish villages have been evacuated in the last few weeks, as civilians and their properties are sometimes attacked in Turkish airstrikes.

Following at least three mysterious explosions taking place in different parts of Iraq, the Popular Mobilization Forces (PMF) made a rare proclamation blaming Israel and ultimately the US for the attacks on their bases over the past month (Washington Post, 21 August 2019). If these attacks were indeed carried out by the Israeli military, this would signal that fears of Iraq being the first battleground in a US-Iranian escalation may be coming true.

Israel also attacked Iranian targets near the Syrian capital, Damascus, and Israeli drones were reported over Beirut, the Lebanese capital (CNN, 24 August 2019). During August, two civilians were reportedly killed in Lebanon by unexploded Israeli cluster bombs from the war in 2006.

Throughout the month, rockets and airstrikes were intermittently exchanged between armed groups in Gaza and Israeli military forces. In a rare event, on 27 August, three police officers were killed and more were injured by two suicide bombings in Gaza City. These attacks against the police indicate growing opposition against Hamas by Salafi factions in Gaza (Haaretz, 01 September 2019).

Meanwhile, in Turkey, the government announced its decision to remove elected mayors from Peoples’ Democratic Party (HDP) from their positions in three prominent eastern provinces: Diyarbakir, Van, and Mardin. This move sparked numerous protests and riots across the country. The mayors were dismissed over alleged links to the PKK, drawing a strong reaction from opposition parties, especially from HDP voters. Many claim this move seriously damages the local democracy that had previously been challenged in southeastern Turkey after the military coup attempt in July 2016. This is not the first time that HDP mayors have been dismissed from their positions. Dismissals of elected mayors from HDP first took place in late-2016 (BBC, 11 September 2016), followed by mass detentions and imprisonment of numerous HDP members and representatives, including the co-leaders of HDP Figen Yuksekdag and Selahattin Demirtas (Al Jazeera, 4 November 2016). It appears that this same cycle is playing out again in Turkey.

The decision also resulted in an increase in clashes between the military forces and insurgent groups, especially the PKK. Battles intensified in the southeast province of Hakkari. However, relatively smaller groups such as the Peoples’ United Revolutionary Movement (HDBH) also claimed arson attacks in western Turkey, including in Istanbul, to protest the decision. 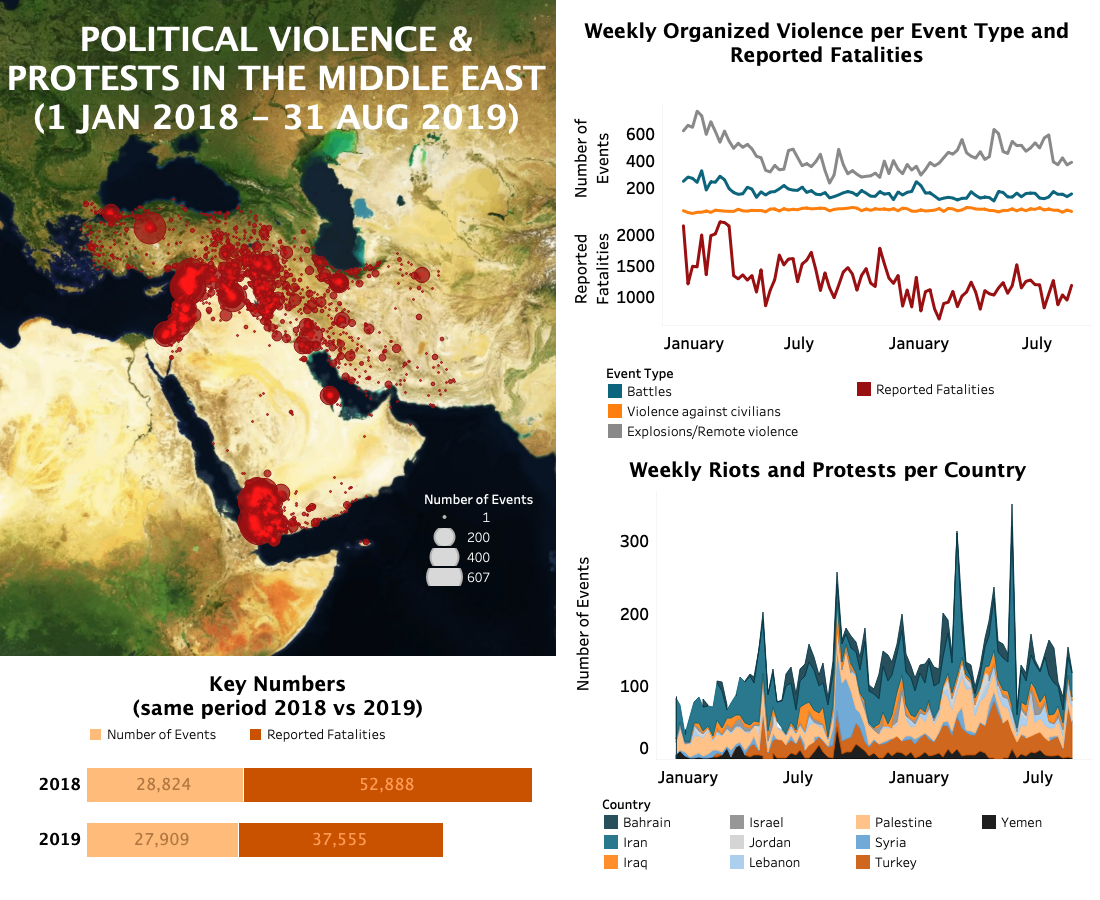