During the first week of September, clashes erupted in the Central African Republic while violence persisted in Nigeria and Cameroon. Protests and violent demonstrations against xenophobic attacks in South Africa were held in Nigeria, Democratic Republic of Congo, and Zambia.

There was a surge in fighting in the Central African Republic this week. Clashes broke out in Birao on September 1st between Popular Front for the Renaissance of Centrafrique (FPRC) and Movement of Central African Liberators for Justice (MLCJ) forces. The fighting reportedly began following the murder of a member of the Kara ethnic group, which led to reprisal attacks and clashes between the MLCJ forces, which are primarily comprised of Kara, and FPRC forces, tied to the Runga ethnic group. The clashes continued into the next day, with MLCJ forces gaining control of most of the town. The fighting, which displaced much of the local population has heightened tensions throughout the region. Meanwhile, in Basse-Kotto clashes were reported at the Kolo mine, 25 km from Mingala, as Union for Peace in the Central African Republic (UPC) forces attempted to seize control of the mine. Despite the February peace agreement, many armed groups continue to operate unabated in areas with little to no military presence. The continued de-facto rule of these groups throughout much of the country threatens the stability as inter-ethnic disputes and control over income generation continue to spur violent clashes.

Intercommunal violence persisted in Taraba, Nigeria this week as an unidentified armed group attacked Takum, killing 14 civilians on September 1st. This sparked a reprisal attack by Jukun youth who beheaded five suspected attackers on September 2nd. The attacks come amidst an on-going inter-communal conflict between the Tiv and Jukun in Taraba state. While the groups have a history of conflict, the current crisis erupted in April when clashes broke out between the groups, spurring a cycle of reprisal attacks often targeting civilians. In Borno state, security forces continue to face attacks by Boko Haram, with the IS-affiliated  Boko Haram killing four security forces during an attack on a military post in Gajiram.

In the Anglophone region of Cameroon, Ambazonian Separatists and military forces continued to clash. On September 3rd, they battled in Nchouboh with four bodies discovered after the battle. Both sides target the civilian population in the region. While schools resumed this week, pupils in the Anglophone region continue to be caught between the fighting, as Ambazonian Separatist oppose the national education system, which they view as an illegitimate extension of the Francophone government. Since September 2018, there have been 29 recorded events targeting teachers and students in the Anglophone region. Unidentified Armed Groups and Ambazonian Separatists, were responsible for the majority of the recorded incidents. With the resumption of schools this week, some civilians have reported being threatened by military forces if they do not send their children to school, leaving families with school children as targets by both sides. Children in the Extreme-Nord also remain vulnerable, as Boko Haram abducted 15 children abducted from Amchide, Kolofata this week.

Demonstrations erupted across the continent in response to xenophobic attacks in South Africa, which target foreign-owned businesses and migrants. Demonstrations were held in several cities in Nigeria, with demonstrators attacking South African businesses. In the Democratic Republic of Congo, demonstrators took their anger to South African diplomats in Lubumbashi, attempting to storm the consulate office. Police forces dispersed the crowds, resulting in two reported injuries. Zambia also saw protests and demonstrations, with reports of a mob killing a South African truck driver in Kazungula. 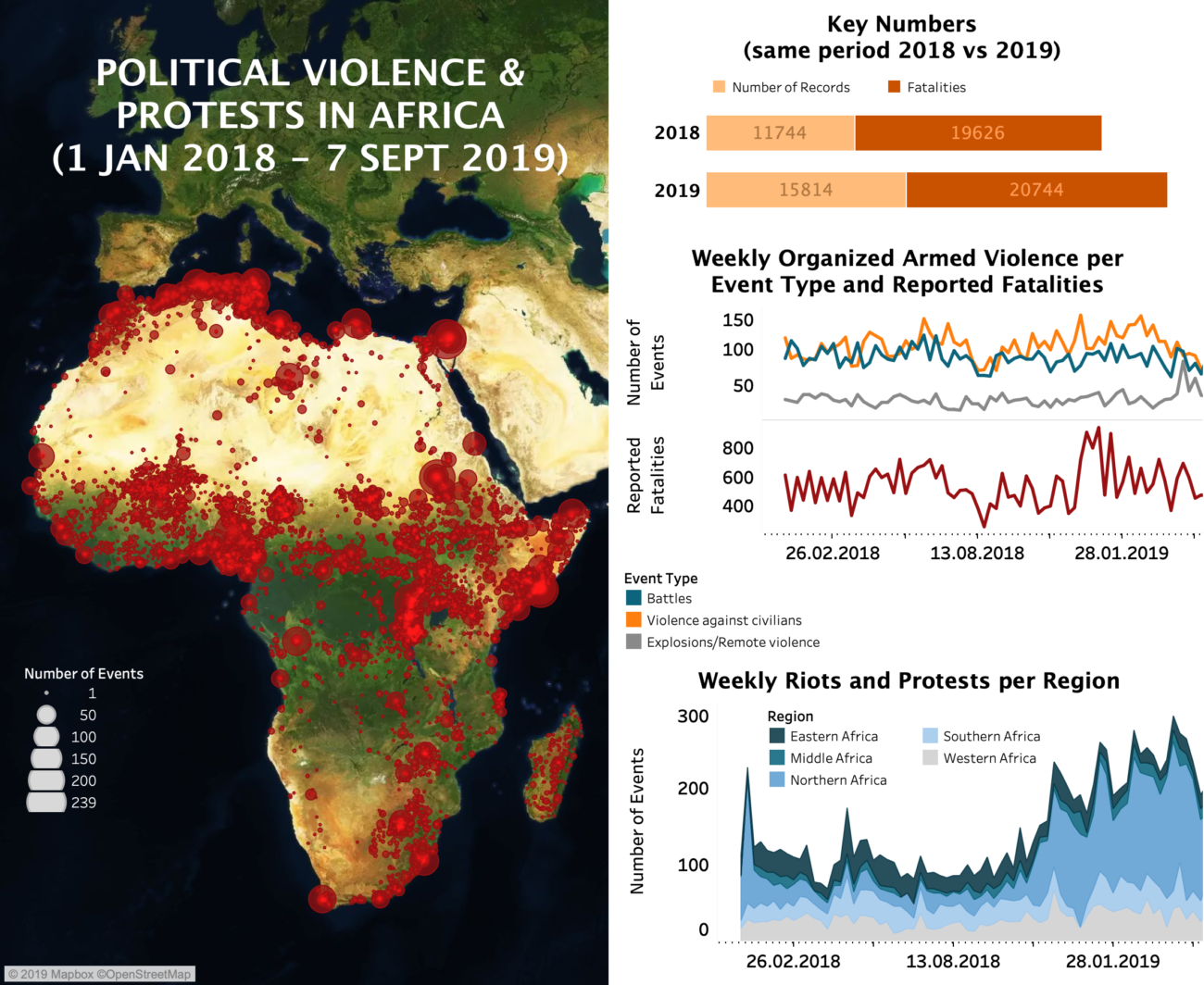