Last week, protests on climate change were held throughout the Balkans, Southeastern and Eastern Europe and Russia. In Albania, the opposition announced a pause in their anti-government protests. In Russia, protests on local election interference continued at lower levels compared to August. In Ukraine, anti-Russian demonstrations and violence increased. Fighting in the Donbass region of Ukraine continued at levels similar to the weeks prior.

On Friday 20 September, ‘global climate strike’ protests demanding action on climate change were held around the world (Global Climate Strike, The Guardian, 20 September 2019). One to several protest events per country were reported in the Balkans, Southeastern and Eastern Europe. In Russia, nearly a dozen protest events were reported throughout the country.

In Albania, opposition parties announced they will refrain from anti-government protests in order to not jeopardize the accession negotiations with the European Union (EU) set for 18 October. After that date, protests will resume under a newly formed national opposition platform (Albanian Daily News, 17 September 2019).

In Russia, a handful of protests were held demanding action after irregularities in the local elections of 8 September. Reported protest events on election interference, which peaked in August, have decreased significantly in September. In the North Caucasus, after several months with few violent events reported, two armed clashes took place in the last two weeks, with two members of the Islamic State reported killed by security forces in the latest incident (Caucasian Knot, 18 September 2019).

In Ukraine, violence directed against government officials and government property increased over the last week amidst anti-Russian demonstrations demanding protection of Ukrainian interests in negotiations over Donbass (EuroMaidan Press, 21 September 2019). In addition, coordinated nationwide protests were held for animal rights, supported by various civil society organizations. In the Donbass region, fighting between Ukrainian government forces and separatist rebels continued at similar levels to the weeks prior, with 152 armed clashes and 122 shelling incidents resulting in six reported fatalities. 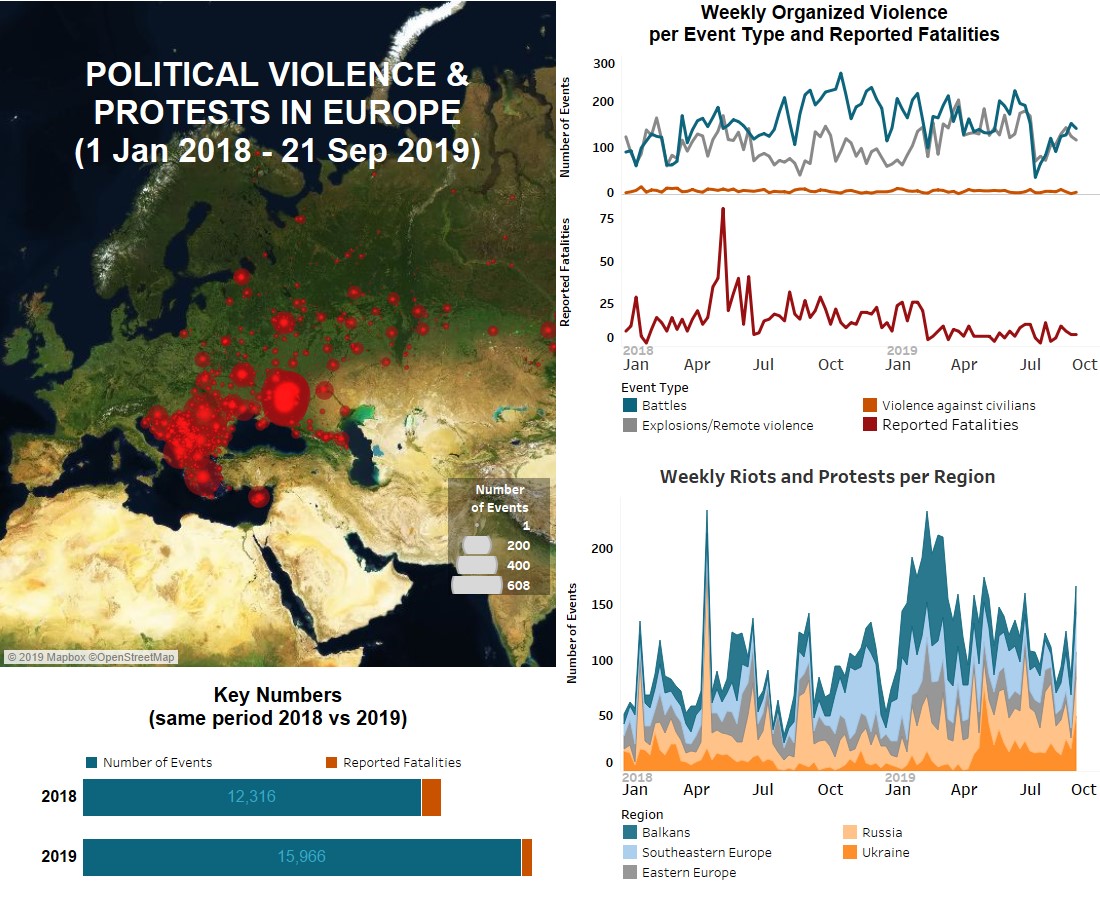