Last week, peaceful changes in government took place in Kosovo and Romania. Anarchist activity spiked in Greece. Anti-government protests started in Belarus, while in Russia protests were held against political repression. In Ukraine, protests and actions by National Corps show strong opposition to agreements with Russia and the rebels in Donbass.

In Belarus, anti-government protests started, with opposition members in Minsk demanding the resignation of president Lukashenko, the release of political prisoners, and the freezing of the Belarus-Russia Union State talks (Viasna, 7 October 2019). Such protests are rare in the authoritarian state where civil freedoms are restricted and are likely motivated by the upcoming parliamentary elections of 17 November.

In Romania, the ruling party was ousted from government by Parliament. As a result, the anti-government protests in Sibiu, which had been held on an almost daily basis since December 2017, stopped.

In Ukraine, mass protests “against capitulation [to Russia]” criticizing recent agreements reached by the Trilateral Contact Group in Minsk continued for the second week, spreading to over 40 cities (EuroMaidan Press, 6 October 2019). Members of National Corps, a Ukrainian far-right group with an armed wing, arrived in an area near the frontline where Ukraine planned to withdraw troops as part of the ‘disengagement of forces’ agreement (112UA, 15 October 2019). National Corps called for its volunteers and other armed groups to take over the positions instead, which could jeopardize the disengagement of forces process (Ukrinform, 6 October 2019; RFE/RL, 7 October 2019). Meanwhile, fighting between Ukrainian government forces and separatist rebels continued at similar levels to the weeks prior, with 191 armed clashes and 146 shelling incidents resulting in three reported fatalities. 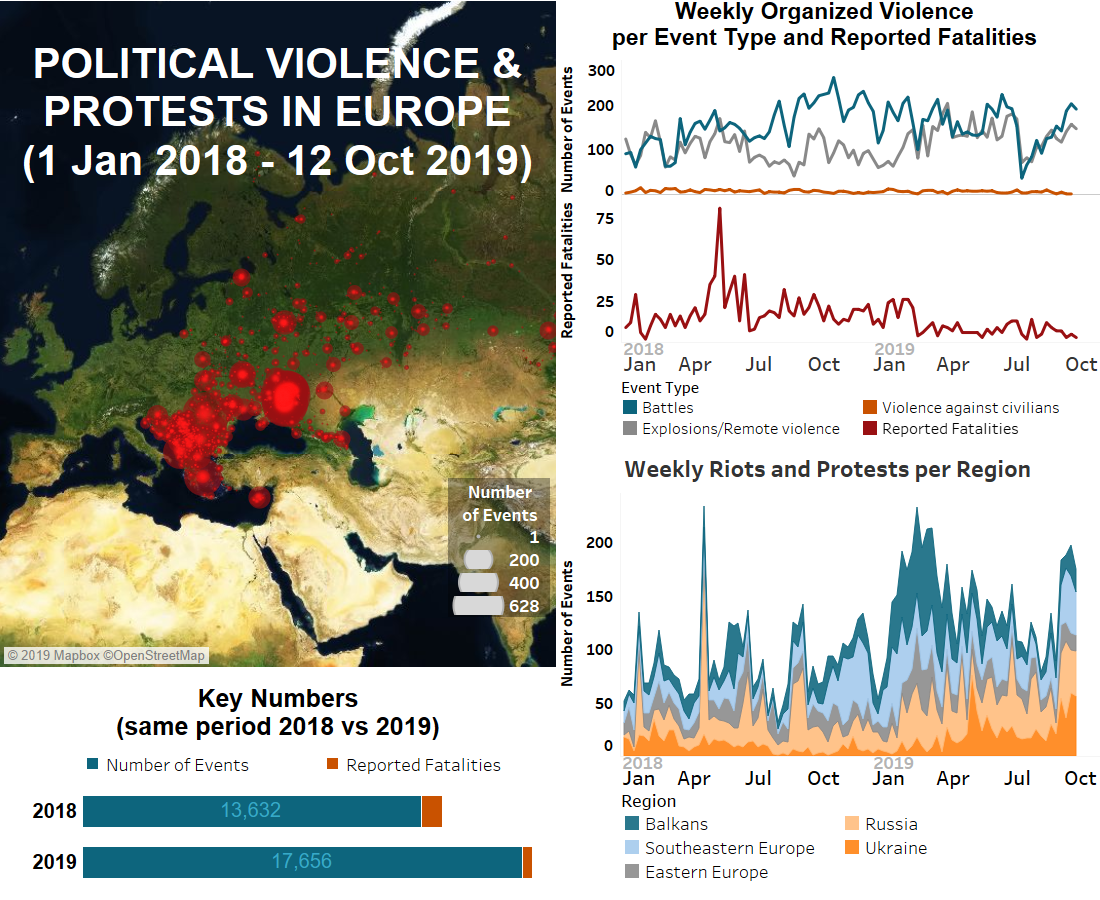