Last week, protests in Central Asia and the Caucasus were reported over various local issues, similar to weeks prior. Notable developments were the crackdown on protests in Kazakhstan and anti-government protests in Georgia.

In Kazakhstan, authorities cracked down on protests called by the Democratic Choice of Kazakhstan (DVK) opposition movement. DVK has been banned by the Kazakh authorities since March 2018 (RFE/RL, 13 March 2018). Protesters came out on 26 October to voice their opposition against China’s growing presence in Kazakhstan and to demand the release of political prisoners. Police intervened in several cities, arresting dozens as they gathered to protest (RFE/RL, 26 October 2019).

In Georgia, several anti-government protests were held against the recent appointment of Giorgi Gakharia as Prime Minister and the government pursuing “Russian interests”. 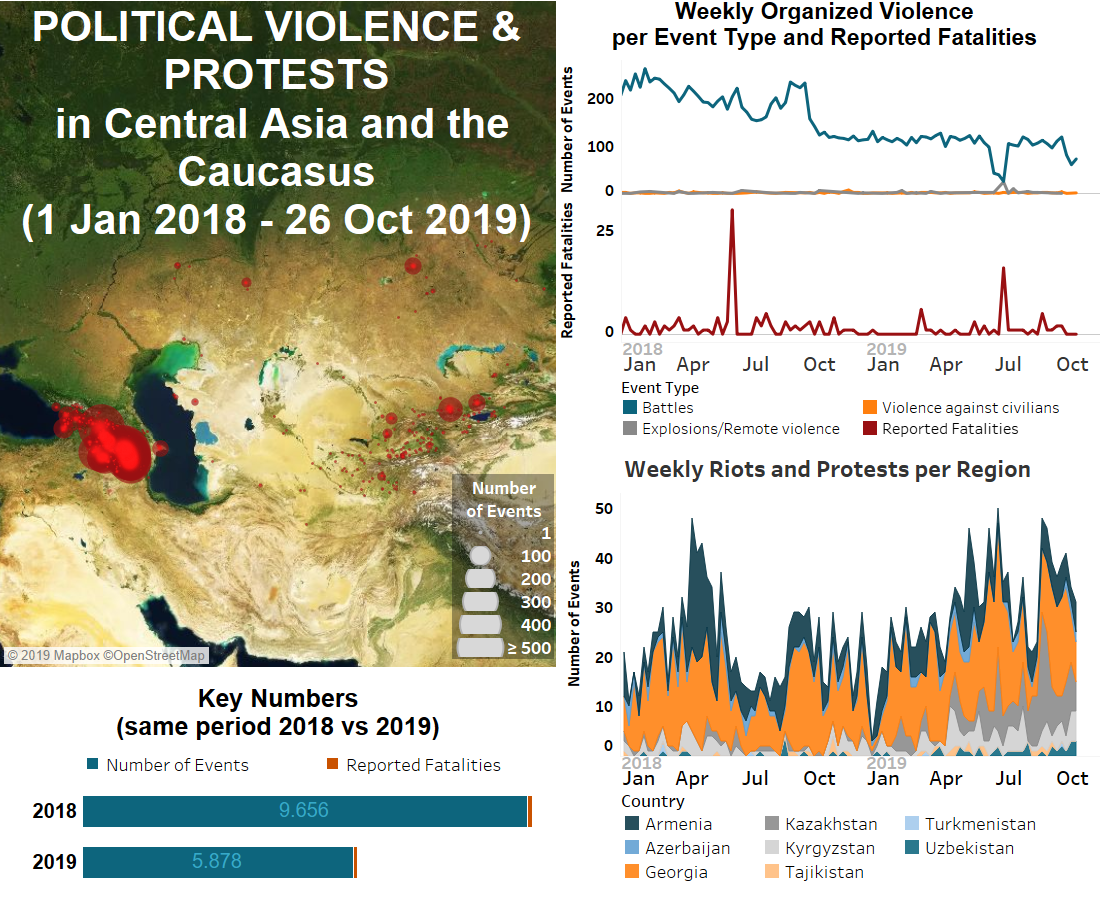