Last week, demonstration events increased across the Balkans, Southeastern Europe and Eastern Europe over a wide range of local and national issues. Notable developments were increased opposition against hosting migrants in Greece, protests ahead of the elections in Belarus, and nationwide protests in Ukraine over the death of an anti-corruption activist.

In Greece, people demonstrated in several cities against hosting migrants. Most protests were held in the north of Greece, as the Greek government has transferred more migrants from the islands to that part of the mainland. The protests signal increased opposition among parts of the Greek population against hosting the large number of predominantly Syrian and Afghan migrants arriving in Greece via Turkey.

In Belarus, ahead of the 17 November parliamentary elections, small-scale electoral protests held by opposition parties continued to increase steadily. An unusually large protest event was held on 8 November in Minsk where up to a thousand people gathered to express their concerns over further integration with Russia, a new conscription law, and political repression (Svaboda.org, 8 November 2019).

In Ukraine, peaceful protest events were held across the country demanding proper investigation into the deadly acid attack against an anti-corruption activist in July 2018 (RFE/RL, 4 November 2019). Meanwhile, fighting between Ukrainian government forces and separatist rebels continued at similar levels to weeks prior, with 138 armed clashes and 182 shelling incidents resulting in three reported fatalities. 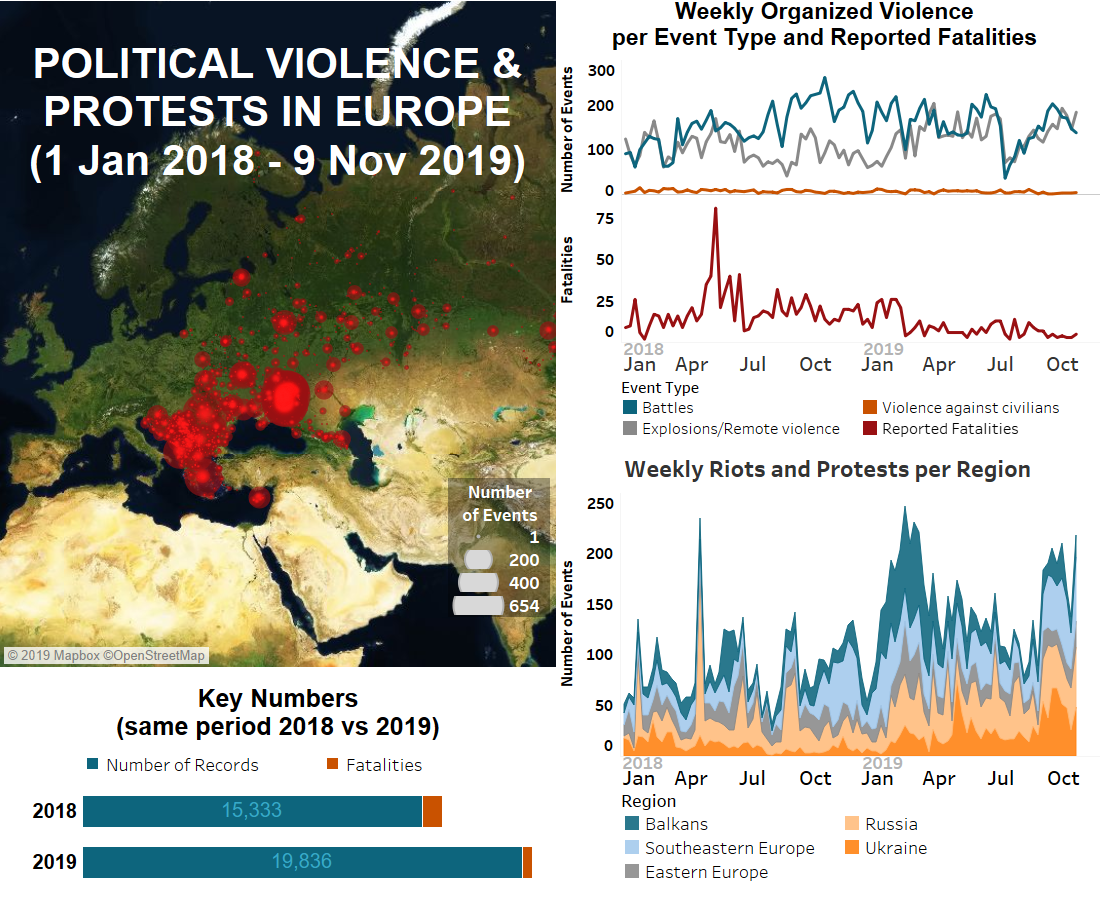