Last week, Western Africa continued to experience the highest rates of political violence recorded in the continent, as endemic instability across the Sahel and in Nigeria is pushing up conflict within and across states. Suspected Boko Haram militants have also contributed to increasing fatalities in neighboring Niger and Cameroon and in Chad, while the recent increase in violent activity in eastern Democratic Republic of Congo (DRC) constitutes one of the most significant escalations in years.

The epicenter of conflict activity in DRC continues to be the North Kivu province, where the Congolese army and the UN peacekeeping mission (MONUSCO) have failed to prevent the spiralling of violence in the region. Last week, attacks attributed to the Allied Democratic Forces (ADF) near Beni killed at least 29 civilians, sparking a wave of strikes and demonstrations across the region and the whole country demanding MONUSCO to leave. Amid these increasing tensions between local communities and international actors, Mayi-Mayi militiamen raided an Ebola response center and an MSF clinic in Biakato destroying their facilities. ACLED has recorded more than 30 attacks targeting aid workers since the beginning of the year, 80% of which in the eastern provinces of Ituri and North Kivu only. Army operations have instead focused in South Kivu, where MONUSCO-supported troops have targeted ADF positions in an effort to curb militia activity. Separately, General Jean Pierre Gaseni – an officer in the Rwandan rebel group National Liberation Front – was killed in the Democratic Republic of Congo, reportedly as a result of an army operation. This is the third killing of a Rwandan rebel commander since September.

Further north, increasing Boko Haram activity claimed a heavy fatality toll in the Lake Chad region. In Chad, militants attacked a checkpoint manned by the Chadian army near Ngouboua in the Lac region, sparking clashes that killed thirteen Islamists and four soldiers. Clashes between state forces and Boko Haram are rare in Chad, which has not experienced the same levels of violence of its neighbors. Islamist militants also raided villages in south-eastern Niger and northern Cameroon, killing and abducting dozens of civilians during the past week. Boko Haram has long been active in Niger’s Diffa and Maradi and in Cameroon’s Extreme North regions, where they often retreated as the army troops advanced in Nigerian territory. In Nigeria, armed forces fended off two attacks conducted by Boko Haram in Borno state, killing three in Mafa and two aspirant suicide bombers in Gwoza. Militants affiliated with the Islamic State abducted six soldiers and two aid workers on a highway leading to Maiduguri, while also destroying government buildings in Kukawa and Gudumbali, south of the state capital. Elsewhere in the country, the attempted arrest of an Indigenous People of Biafra (IPOB) lawyer sparked clashes between security forces and IPOB youth, causing the death of two officers and two IPOB supporters.

After weeks of increasing militant activity across the Sahel, the armies of Burkina Faso and Mali have claimed some successes over the past week. The Malian army has destroyed JNIM positions south of Bandiagara, a district in Mopti region that has experienced sporadic spikes in violence since June. Burkinabe troops instead repelled a raid conducted by Jama’at Nasr al-Islam wal Muslimin (JNIM) on a military detachment in Boucle du Mouhoun region and conducted air strikes in the north of country, killing dozens of militants and seizing weapons and equipment. Yet the situation remains more critical in the East region of Burkina Faso, where Islamist militants raided a church during Sunday mass targeting Protestant Christian worshippers, fourteen of which were killed. Weeks after communal violence pitting Koglweogo self-defense groups and Fulani pastoralists claimed the lives of dozens, suspected JNIM militants attacked the village of Nagare. These events further highlight how Islamist groups are able to capitalize on communal tensions across the Sahel to consolidate their presence and penetrate local communities.

In North Africa, Algeria awaits the upcoming 12 December elections with increasing tension as protests continue unabated to demand the liberation of all detained activists and the boycott of the ballots. Regime and army figures have instead supported pro-election demonstrations, claiming that such rallies attracted larger crowds than the opposition. Protests are likely to continue after 12 December, as the candidates are seen as direct emanations of the regime. In Libya, fresh clashes between forces loyal to the Government of National Accord (GNA) and the Libyan National Army (LNA) killed at least fifteen of Haftar’s soldiers and two civilians caught in the crossfire in southern Tripoli. Additionally, indiscriminate shelling and air strikes continued throughout the week: on 2 December, LNA warplanes bombed a residential area in Al-Jfara, south-west of the capital, killing five children and wounding ten others. Additionally, an Islamic State attack on an army checkpoint in Egypt’s North Sinai region prompted a response by the military, which launched air strikes to target Islamist positions near Rafah and Sheikh Zuweyid.

In Sudan, armed pastoralists and unknown gunmen engaged in several violent incidents throughout Darfur, marking a considerable increase compared to previous weeks. This is a worrying development, and partially confirms fears that the political re-ordering taking place in Khartoum is driving instability in Sudan’s peripheries. Meetings between Prime Minister Abdullah Hamdok and senior US officials in the USA do not, as of yet, appear to have led to a clear timetable towards the lifting of sanctions and the removal of Sudan from the state sponsors of terrorism list, despite rhetorical support given by US National Security Advisor Robert O’Brien. Finally, in South Sudan, clashes between sections of the Pakam Dinka clan in Lakes state have reached an estimated 79 fatalities, prompting the deployment of UN peacekeepers from Rumbek. Reports of heavy fighting between the South Sudanese army and armed pastoralists in the disputed Tonj state also emerged during the week, with an alleged 14 people killed. The clash was likely related to an on-going disarmament campaign in the area, which has sparked several violent events over the past year. 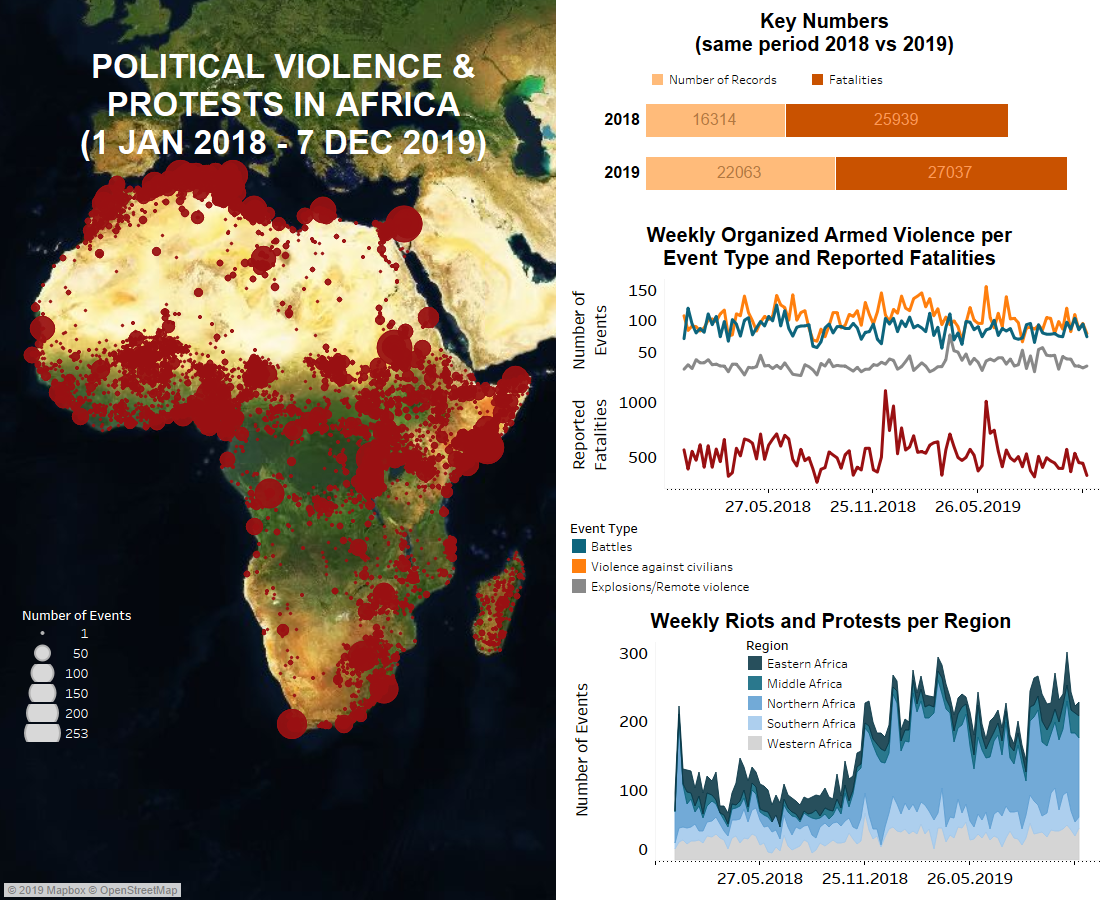