Last week, in Southeast Asia, key developments included: continued clashes in Rakhine state in Myanmar; separatist clashes in Papua in Indonesia on the anniversary of the first raising of the Morning Star flag; continued clashes between state forces and both Islamist and communist rebels in the Philippines; and protests by Islamist groups in Indonesia over cases of blasphemy.

In Myanmar, protests continued across the country in support of Daw Aung San Suu Kyi as she prepares to represent Myanmar at the International Court of Justice concerning the charge of genocide against the Rohingya in 2017. At the same time, while clashes in Shan state declined last week, heavy clashes in Rakhine state continued. Shelling from the conflict likewise continues to injure and kill civilians; a woman and two children were killed by shelling in Mrauk-U township.

Two clashes between state forces and the separatist West Papua National Liberation Army (TPNPB) were reported last week in Papua in Indonesia. The clashes come as protests were held on 1 December to mark the anniversary of the first time the Morning Star flag, a symbol of Papuan independence, was raised in 1961. In West Papua, dozens of Papuans were arrested.

Concurrently, Islamist groups in Indonesia staged protests to mark the anniversary of the “212” movement when mass protests were held on 2 December 2016 against the Jakarta governor, accusing him of blasphemy. Protests over issues of blasphemy have also been reported over the past weeks, particularly against former President Sukarno’s daughter who had compared her father with the Prophet Muhammad (Asia Sentinel, 3 December 2019).

While clashes between Abu Sayyaf and state forces in the Philippines were reported last week, President Duterte has decided not to extend martial law in the Mindanao region (ABS CBN, 10 December 2019). Martial law had been in place since 2017 when Islamist groups laid siege to the city of Marawi, setting off months of battles with state forces. Meanwhile, as the communist New People’s Army (NPA) prepares to mark its fiftieth anniversary at the end of December, Duterte has floated the idea of restarting talks with the Communist Party of the Philippines (CPP). This plan has not been met with enthusiasm among military officials (Benar News, 9 December 2019).

Finally, in Cambodia, a member of the Cambodia National Rescue Party was attacked by unknown assailants. Separatist violence was reported in Yala in Thailand with one civilian reportedly killed. 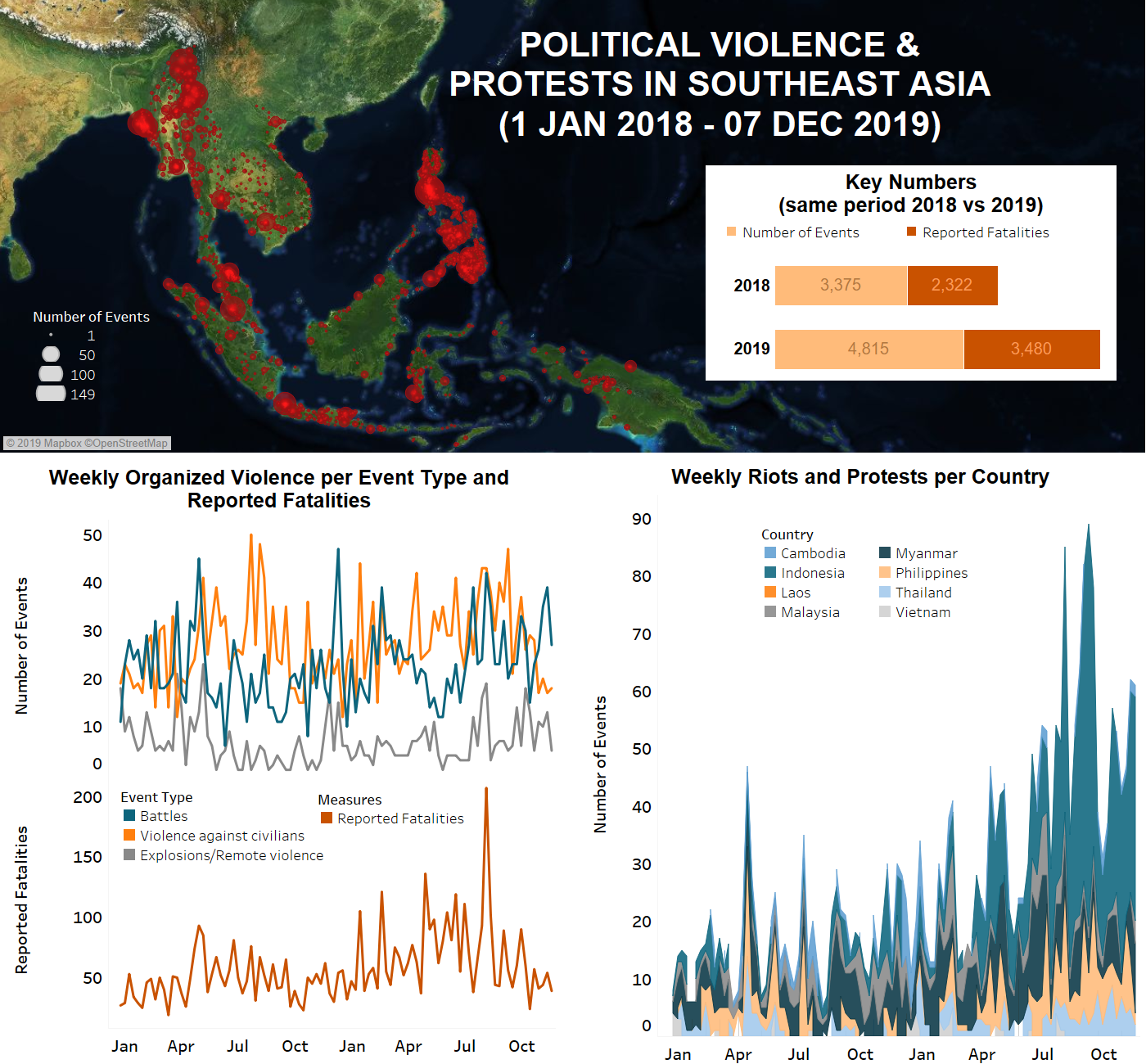