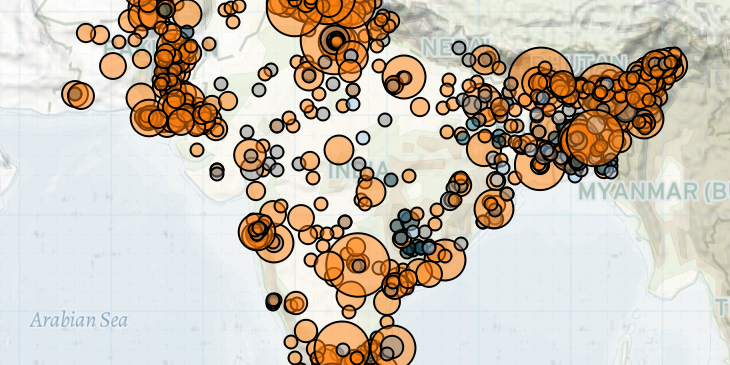 Key trends in South Asia last week include: clashes between supporters and opponents of the Citizenship (Amendment) Act, 2019 (CAA) leading to communal riots in India; and demonstrations in Bangladesh against the CAA.

In India, clashes between supporters and opponents of the controversial CAA escalated into communal riots between Muslims and Hindus. Forty-two people, including a policeman, were killed in communal riots in the northeast part of the capital, Delhi (Times of India, 29 February 2020). Communal clashes were also reported in Uttar Pradesh’s Aligarh district. Meanwhile, in several districts of the northeast state of Meghalaya, indigenous groups opposing the demographic ramifications of the CAA clashed with locals and supporters of CAA. One person was reportedly killed during the clashes.

The CAA has sparked nationwide demonstrations since it was introduced last December. The demonstrations have mobilized around two different aspects of the Act. Across the country, opponents of the Act have mobilized over the perceived anti-Muslim nature of the Act (BBC, 11 December 2019). The Act while offering amnesty and expedited citizenship to undocumented non-Muslim immigrants from three neighboring Muslim majority countries — Afghanistan, Bangladesh, and Pakistan — explicitly precludes citizenship rights for Muslim migrants. In India’s northeast region, opponents contend that legitimizing undocumented immigrants would have implications on demographic changes threatening the indigenous communities. While the demonstrations in the northeast had been violent in the past, demonstrations in Delhi had been largely peaceful until last week. The clashes erupted reportedly following a provocative speech by a Bharatiya Janata Party (BJP) leader during a gathering in support of the CAA in the capital (Hindu, 26 February 2020). Experts claim that the violence in Delhi, in particular against anti-CAA demonstrators and Muslim minorities, was the result of a carefully curated campaign by members of the ruling BJP (BBC, 26 February 2020). In late January, several BJP leaders openly advocated for the use of violence against anti-CAA demonstrators and the Muslim community during campaigning for Delhi’s Legislative Assembly election, terming the election a battle between “India and Pakistan” (BBC, 29 January 2020).

Furthermore, eye-witness accounts, reports, and statements from the Chief Minister of Delhi questioned the neutrality of the capital’s police forces during the violence (BBC, 25 February 2020). The capital police force reports directly to the BJP-led union government. Police personnel reportedly stood back while Hindu mobs attacked Muslim civilians, vandalized mosques and burned down houses and shops of members of the Muslim community (New York Times, 27 February 2020).

Meanwhile, US President Donald Trump’s two-day visit to India took place amidst the deadly communal riots between Muslims and Hindus in the nation’s capital. The visit was criticized by some for ‘prioritizing pageantry over policy’ (Associated Press, 24 February 2020) while others criticized his silence on the contentious CAA and ongoing communal violence (New York Times, 24 February 2020; CBS News, 25 February 2020). Demonstrations against President Trump’s visit were also reported in several states across India.