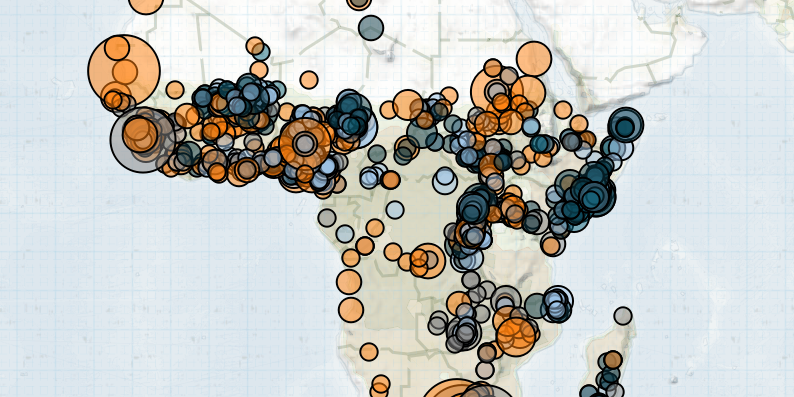 South Sudan was hit by ongoing intercommunal violence in Warrap and Jonglei. In Jonglei’s Pibor county, heavy fighting occurred between armed men from the Lou Nuer and Murle ethnic groups. Reports suggest that thousands were displaced by the violence (MSF, 2 March 2020), with the worsening insecurity in Jonglei prompting new deployments of UN peacekeepers (UNMISS, 6 March 2020). In Warrap’s Tonj South and East counties, intercommunal violence also resulted in dozens of fatalities.

Another week of violent confrontations was reported between different state actors in Somalia. In the Sool region, Puntland and Somaliland forces exchanged heavy artillery fire in a continuation of the previous week’s hostilities. Meanwhile, Somali national forces clashed with troops from the autonomous Jubaland in Beled Hawo, on the Kenyan border. The clash was prompted by the Jubaland government’s alleged protection of a fugitive former minister wanted by the central government. It has exacerbated existing tensions between Somalia and Kenya, a key supporter of the Jubaland administration, which has been accused by the Somali government of interfering in Somali internal affairs (BBC, 6 March 2020). Elsewhere, armed clashes between Somali military forces and Al Shabaab militants were reported in the Middle Shabelle, Lower Shabelle, Hiraan, Banadir and Bakool regions.

In Burkina Faso, JNIM and Islamic State in the Greater Sahara (ISGS) militants staged a number of attacks against civilians, security forces, and volunteer fighters in the Sahel, East, Centre-North and North regions. Security forces and Koglweogo reportedly carried out targeted attacks on the Fulani community in the Sahel Region. In the village of Cissé, Muslim Fulani worshippers were removed from a local mosque and summary executed. Dozens of civilians were also reportedly killed by security forces in two hamlets in the Mansila area.