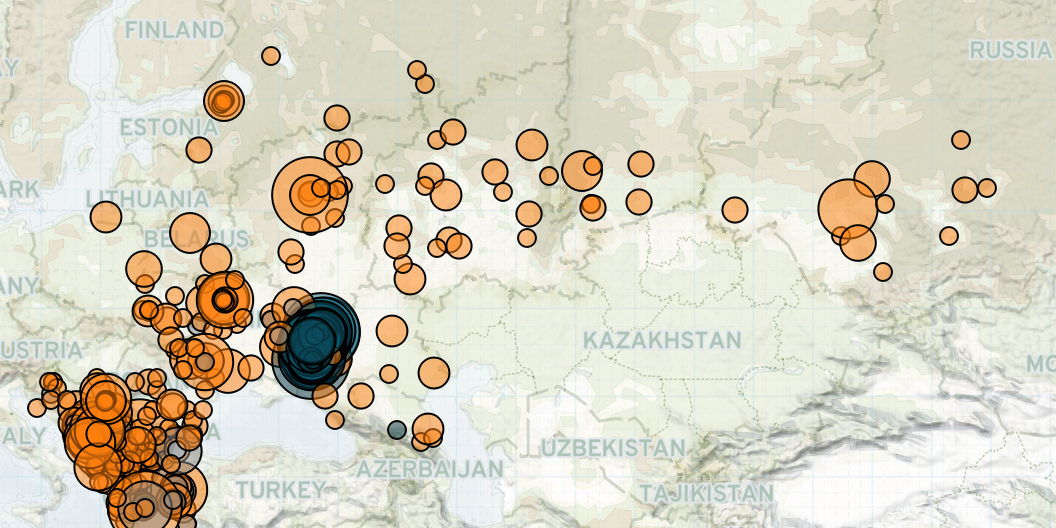 Last week, demonstrations in the Balkans, Southeastern and Eastern Europe continued at similar levels and over the same issues as weeks prior. Key developments were violent clashes between migrants and Greek security forces at the Greek-Turkish border, demonstrations of veterans in Moldova, and a government reshuffle in Ukraine.

In Serbia, citizens continued anti-government demonstrations calling for the boycott of the upcoming elections on 26 April.

Protests in Montenegro continued for the eleventh week over the Religious Freedom Law, which according to the Serbian Orthodox Church targets its properties unfairly.

In Albania, a large protest was held in Tirana over PM Edi Rama’s interference in the judicial branch. The protest was spearheaded by the opposition Democratic Party of Albania (PD) and Albanian President Ilir Meta, who threatened to dissolve the parliament over the issue (Tirana Times, 3 March 2020). Fighting corruption in the judiciary is regarded by the European Union as Albania’s top priority if it wants to join the bloc.

In Greece, the migrant crisis at the border with Turkey deteriorated, with violent clashes occurring between migrants attempting to cross into the EU and Greek border police and military forces, after Turkey announced it would no longer stop migrants travelling to Europe (InfoMigrants, 2 March 2020). Greece and EU partners accuse Turkey of ’weaponizing’ migrants by spurring them to cross the Greek border, with Turkey in return accusing Greece of using excessive force against and of inhumane treatment of migrants ((New York Times 4 March 2020, The National Herald, 8 March 2020). Dissatisfaction among Greeks over the migrant crisis resulted in demonstrations and mob violence by local citizens in border areas, including far-right groups targeting migrants, journalists, and aid workers.

In Moldova, veterans of the Transnistria War demonstrated in Chisinau over better welfare, but also demanding the resignations of President Igor Dodon and Foreign Minister Aureliu Ciocoi over the unresolved conflict and their ties with Russia (Balkan Insight, 2 March 2020). In July 1992, Moldova and Russia signed an agreement on the principles of a peaceful settlement, but ever since, the secessionist regime has controlled the breakaway region of Transnistria, resulting in a frozen conflict (Open Democracy, 21 July 2017).

In Russia, dozens of demonstrations over political prisoners, the proposed constitutional amendments, and environmental issues continued at levels similar to weeks prior.

In Ukraine, a reshuffle of key government positions took place, in which the PM, foreign, defense, and finance ministers were dismissed over alleged inefficiency and growing public dissatisfaction six months after their appointment. The reshuffle raises questions about the governments’ commitment to the reform agenda and about the influence that oligarchs opposed to the reforms have on the government (RFE/RL, 6 March 2020). Proposed land market reforms sparked demonstrations over the past months. In the Donbass region, fighting between Ukrainian government forces and separatist rebels increased compared to weeks prior, with 130 armed clashes and 208 shelling incidents resulting in two reported fatalities.