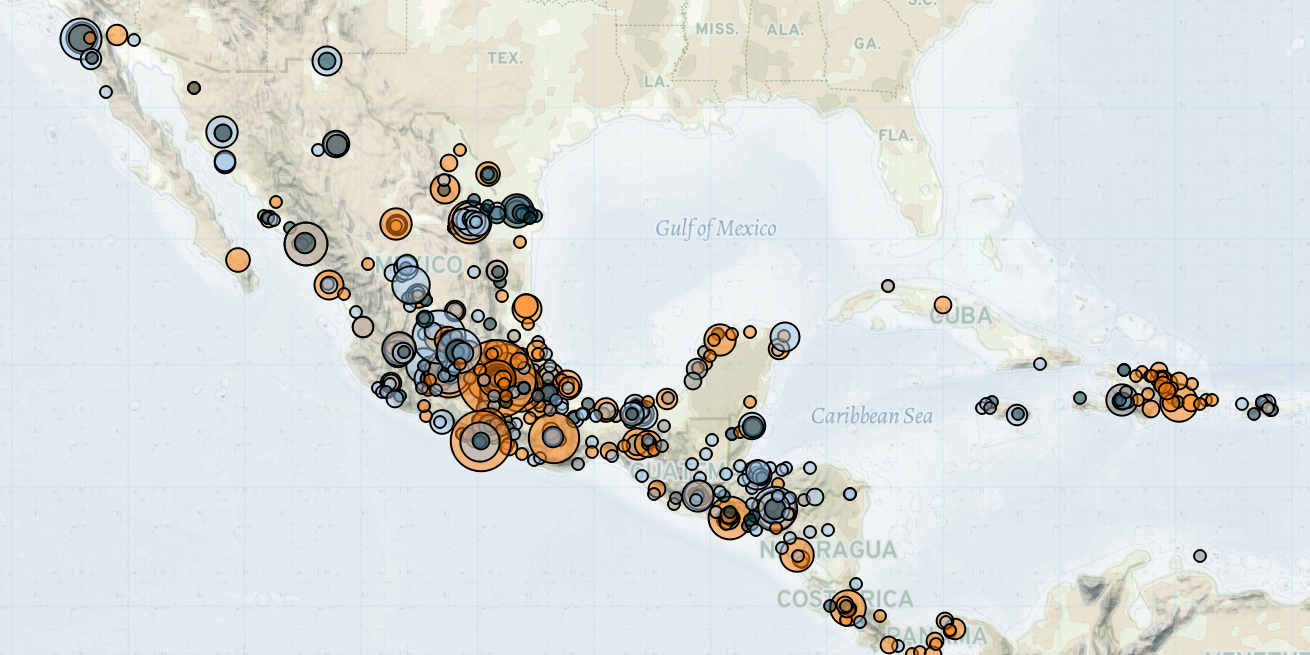 The number of demonstration events in Central America and the Caribbean was high last week. Another round of unrest occurred in Haiti last week. International Women’s Day on March 8 sparked protests across the region; in Nicaragua, police repressed any attempts of demonstration by women. Meanwhile, gang violence continues across the region, with no significant changes in trends last week.

In Haiti, demonstrations by police officers demanding the recognition of their union erupted again last week. Demonstrators blocked roads with burning tires and overturned cars. They used tear gas on government buildings to force civil servants to vacate them, as part of their operation called “closing state offices” (AlterPresse, 10 March 2020).

In Mexico, the country-wide protests for commemorating International Women’s Day led to a considerable increase of protest activity in comparison to previous weeks, resulting in the highest number of weekly recorded demonstration events since January 2019. Women demonstrated for equality and protection against violence in all 32 states. While the majority were peaceful protests, some demonstrations turned violent when participants destroyed public infrastructure, such as in Pachuca (El Independiente de Hidalgo, 9 March 2020, Excelsior, 8 March 2020; Pagina 24 Zacatecas, 9 March 2020). On March 9, further protests took place and women workers and students across the country did not attend regular activities as part of the strike called “A day without us.” In some states marches continued throughout the week (La Jornada, 9 March 2020).

Women also gathered in El Salvador, Guatemala, Honduras, Nicaragua, and Panama to protest for women’s rights. In Nicaragua, where the president declared political demonstrations as illegal in 2018 (La República, 29 September 2018), police officers were deployed near women’s organizations, houses of women’s rights defenders, and churches to deter protests by women (La Prensa, 08 March 2020). In the capital, Managua, the headquarters of the feminist organization ‘La Corriente’ was surrounded by at least 10 police patrols and the officers prevented the women from marching, with multiple reports of attacks against protesters by police officers (Trinchera Online, 9 March 2020).

The coronavirus pandemic sparked protests in Costa Rica, where protesters claimed that the continuing lack of access to water in some neighborhoods increases their risk of exposure to the virus. In Honduras, health professionals protested demanding more equipment and supplies necessary to deal with the pandemic (Proceso Digital, 12 March 2020).