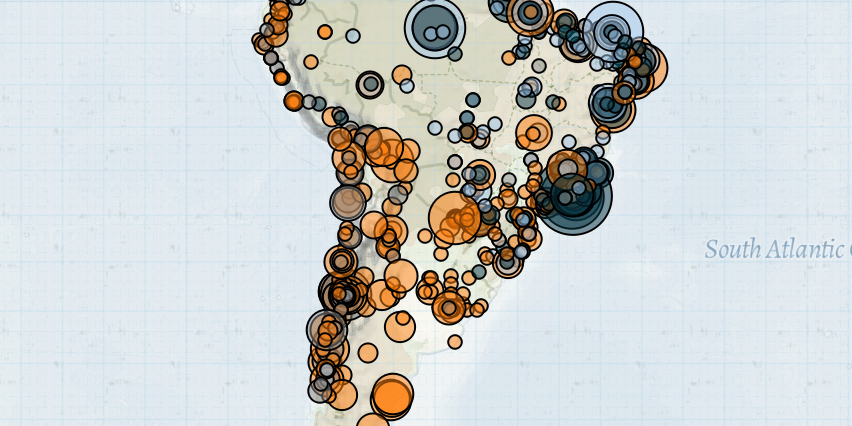 Last week in South America, key developments include: decreased unrest in Chile, Colombia, and Venezuela; protests both for and against President Jair Bolsonaro in several states of Brazil; prison riots in Brazil and Peru due to fears of the coronavirus outbreak; and continued demonstrations in Guyana following a contested election process.

In Chile, the number of demonstration events decreased significantly compared to the previous week after student groups and social organizations announced a temporary suspension of protests due to the coronavirus outbreak. Tensions within the government rose after several mayors pressured for a countrywide quarantine amid allegations that federal officials were taking insufficient steps to address the crisis. Citizens across the country set up road blockades and staged protests, demanding regional lockdowns and tougher safety measures for stores and factories.

The number of demonstration events also decreased in Colombia and Venezuela compared to the previous week. The government of Ivan Duque Marquez in Colombia announced a 19-day quarantine to contain the coronavirus pandemic, while President Nicolas Maduro in Venezuela ordered an indefinite lockdown in at least seven states. In Venezuela, a journalist was detained after releasing information about the spread of the virus. There were also accounts of state forces intimidating and threatening journalists who were reporting on the streets during the first day of quarantine. Press organizations fear that the lockdown may lead to further authoritarian measures and restrictions on individual liberties (Espacio Publico, 16 March 2020).

Last week, protests both for and against President Jair Bolsonaro were recorded in several states of Brazil. On 15 March, supporters of the President took to the streets despite recommendations from health authorities to avoid gatherings due to the coronavirus outbreak. The countrywide protest was organized to criticize the Brazilian Congress and the Supreme Court, perceived by the President and his supporters as critics of his policies. The President himself greeted some protesters in the capital, Brasilia, leading to severe backlash, even from his political allies; some of the protests’ organizers held placards calling for the restoration of the military dictatorship in the country, which ended in 1985. Politicians fear the President’s presence in the event could anticipate anti-democratic movements from his administration.  Bolsonaro also ignored medical experts who suggested he should remain isolated, as more than 20 members of his recent delegation visit to the United States tested positive for the virus (Reuters, 15 March 2020). From 17 March on, pot-banging protests became a frequent sign of political dissatisfaction, with such protest events recorded in all regions of the country. Most pot-banging demonstrations expressed opposition to the President and his remarks downplaying the severity of the pandemic, as he criticized quarantine measures enforced by state governors.

In the state of São Paulo, more than 1,300 inmates rioted and escaped from prisons after a decision to suspend visits due to the coronavirus pandemic, of which at least 700 have been recaptured. In Peru, prison riots were also reported in Lambayeque and Piura departments, as inmates demanded testing for the virus and condemned mistreatment from prison officials. Authorities in South America fear the spread of the virus might cause a crisis in the already overcrowded penitentiary system (Gazeta do Povo, 18 March 2020).

In Guyana, unrest stemming from the contested elections of 2 March 2020 continued. Election observers from the Carter Center withdrew from their mission in the country, citing harassment by demonstrators, among other reasons (iNews Guyana, 2 March 2020). In another incident, police in full riot gear entered the convention center in which the ballot recount was to take place and ordered representatives of the parties to leave or face arrest. At least one commissioner of the Guyana Election Commission (GECOM) was injured by the riot police.